BREAKING - Copyright exhaustion does not apply to digital goods other than software, Hamm Court of Appeal says

As readers will remember, the Court of Justice of the European Union (CJEU)’s ruling in Case C-128/11 Oracle v UsedSoft [on which see Eleonora’s first historical post as a guest Kat here] established that, under certain circumstances, exhaustion of the distribution right within Article 4(2) of the Software Directive may take place for both software copies incorporated in physical media (like a CD or DVD) and digital files downloaded from the internet with the rightholder’s consent, being the on-line transmission functionally equivalent to the supply of a material medium. So stating, the CJEU smoothed the way to the sale of second-hand software, which is not the thing that some original software providers appreciate the most.

Following that ruling, the IP community has been racking its brain(s) over that CJEU decision, in particular whether the principles stated there might be extended beyond the boundaries of the Software Directive and applied to other copyright-protected subject-matter, such as digital movies, music, or other audio-video files. This very weblog hosted an exciting poll, in response to which the majority of readers said that yes, the CJEU could rule that exhaustion of the right of distribution concerns all kinds of digital contents via Article 4(2) of the InfoSoc Directive 2001/29. 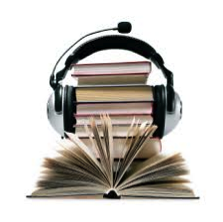 With some relief for digital content providers, the first national decision on the topic after UsedSoft was rendered by the District Court of Bielefeld (Germany) [on which see here], that concluded differently from the majority of the Katpoll participants. Ruling on a case concerning audiobooks, the District Court took the view that the UsedSoft decision only concerned computer programs and the Software Directive, while the InfoSoc Directive - which is the one applicable to ebooks and audio books - clearly and consciously excludes exhaustion for all the other digital contents.

From the seasoned observer and Katfriend Ben Ja Min (digital Katpat!) comes the breaking news that the Court of Appeal of Hamm just upheld the Bielefeld District Court decision (Urt. v. 15.05.2014, Az. 22 U 60/13).

This Kat has not yet read the full text of the decision [and likely nothing would change if he did, being the German he learned at secondary school even worst than Giovanni Trapattoni’s]. According to the Legal Tribune's note on the decision, however, the Court of Appeal seems to have confirmed that the Software Directive is lex specialis, and therefore not applicable to subject-matter other than software. As a consequence, the Court continued, exhaustion of the distribution right under S 17 of German Copyright Law does not apply to digital files like audiobooks downloaded from the internet, even if their download is made with the consent of the rightholder and it amounts to a transfer of property.

In light of that, providers of digital audio files can validly include in terms and conditions clauses that prohibit customers from reselling audiobooks. Further, the Court of Appeal concluded that such kind of prohibition could validly apply to the transfer of ‘newly saved’ versions of a file, ie new copies of files necessary for the resale to take place – whose reproduction the CJEU in UsedSoft considered justified under Article 5(1) of the Software Directive.

Stay tuned on the IPKat for more complete comments to come.

UPDATE: the decision is now available here. The press release can be downloaded here. Who could provide the IPKat with English translations? Katpat(s) are up for grabs.
BREAKING - Copyright exhaustion does not apply to digital goods other than software, Hamm Court of Appeal says

Reviewed by Alberto Bellan on Friday, June 13, 2014 Rating: 5
The IPKat licenses the use of its blog posts under a Creative Commons Attribution-Non Commercial Licence.