Jeremy Wednesday, October 08, 2014 - Jeremy Phillips, Wednesday whimsies
Around the weblogs. "Invalid but Infringed? An Analysis of Germany’s Bifurcated Patent Litigation System", by Katrin Cremers, Fabian Gaessler, Dietmar Harhoff and Christian Helmers, is a red-hot revelation of how litigating patent infringement and validity in different courts actually works: PatLit features it here.  Still on patents, SOLO IP asks how it can be that, in at least one significant jurisdiction, the annual number of patent applications continues to fall while the size of big firms and the number of small firms continue to grow. The same blog, reviewing a recent survey, considers whether IP lawyers are slower than their non-IP counterparts to look for new jobs. If you thought that Dolly the Sheep was a creature from the past, you'll be pleased to know that she made a cameo appearance in the jiplp weblog, where Eddy Ventose has written on the Federal Circuit's no-patent ruling for cloned animals.

The British Brand Group’s annual lecture took place on 1 October at the Cavendish Conference Centre. The evening also marked the Group's 20th birthday.  Guest Kat Rebecca was there to record the occasion.  She writes:

The topic of this year’s lecture was Consumers, brands and trust: happy bedfellows or a new pyramid of conflict? The lecture was given by Peter Vicary-Smith, who is the Group Chief Executive of Which?  For 57 years now, Which? has been testing products and ensuring that the public is well advised before making a purchase. Which? also reviews services, including those provided by universities, care homes and energy suppliers. The objective of these reviews is to make customers as powerful as the organisations that affect their lives.

The evening focused on the change in relationship between consumers and brands. Consumers increasingly believe that brands do not deliver on their promise -- but they would still like to be able to trust a brand. 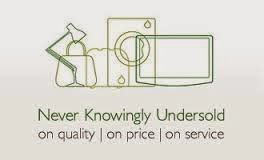 Examples given in the evening included the John Lewis department store and e-tailer, and its Never Knowingly Undersold service. This offers to beat prices offered by competitors for a similar product and accompanying service, for example warranty and delivery. Mr Vicary-Smith explained that John Lewis had attempted to deliver a package to his house on a day which he had designated as unavailable. He was warned of the impending delivery five minutes before it arrived. A third party delivery company carried out the delivery after John Lewis had passed on the service to them. Ultimately, it was John Lewis whom he blamed for the poor service. Another example which was cited included Cancer Research UK. It was explained that even this important charity had to establish some level of trust with the public, and events such as its annual Race For Life were a perfect way of doing so.

Mr Vicary-Smith said that people believe that brands can make a difference to their life. Consumers look at brands to improve their lives, not just meet the product needs.  He said that consumers would understand the necessity of rising energy prices, as long as the rise is justified and they do not feel that they are being exploited. Trust in a brand is essential.

One of the members of the audience asked what Which? thought of the new trend of people researching online before buying a product, instead of looking at a specialist service such as Which?  Mr Vicary-Smith explained that while peer reviews could be helpful, they did not provide the thorough review that Which? could provide, in particular about the performance of a product over and extended timeframe.

The conclusion of the talk was as follows. First, consumers expect a brand to deliver on its promises; secondly they expect wider issues with the product or service to be addressed.  Thirdly, they want to be able to trust a brand.

News of some events. Our annual IP Publishers and Editors lunch, scheduled for Tuesday 25 November [check out the notice at the top of our home page sidebar for details], now has 42 good folk registered.  Our best ever attendance was 56, two years ago, and we've a good chance of exceeding that figure this time round.  It's free, it's fun and it's relevant, so check it out!   Another piece of event news is that next week's seminar, organised by Rouse in commemoration of the 20th anniversary of the fabled patent litigation between Biogen and Medeva, has been postponed for the rather un-fun reason that the RMT Union has called for a strike and it will be difficult for people to access this event if they can't take the tube.  We look forward to bringing you some better news in the not-too-distant future.

Scientology follow-up. Still with Rebecca, we recall that, last week, the IPKat published a post on the Church of Scientology’s use of the word ANZAC in one of its campaign in Australia and New Zealand. The campaign was heavily opposed and has now been withdrawn. In May this year, the National Association of Forensic Counselors (NAFC) in the USA filed a lawsuit against 82 defendants, including the Chairman of the Board of Religious Technology Center (RTC), the branch of the Scientology Church which is in charge of the trade marks and copyrights of Dianetics and Scientology. The lawsuit was filed on the allegations that the Scientology drug rehabilitation centres NARCONON conspired to use the logos of NAFC and their trade marks to give the impression that their facilities and staff had been accredited by NAFC. NAFC contends that this was a deliberate move in order to appear more legitimate. It appears that only individual members can be accredited by NAFC and not entire organisations. If what is suggested is true and NARCONON used the logos, trade marks and reputation of NAFC in order to promote their own services, this will amount to copyright infringement, trade mark infringement and most likely unfair competition too. It appears that papers are currently being served on the defendants at the moment. We wait to see whether the lawsuit will go further [moee information here]. 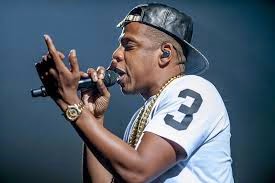 Jay Z, Chauncey Mahan and a copyright ownership dispute. In July this year, Grammy award winner producer and sound engineer Chauncey Mahan launched legal proceedings in the Court of Judge Schofield (District Court of New York, case 14-cv-5075 LGS) against Shawn Corey Carter known by his stage name Jay Z, an American rapper, and Roc-A-Fella records under the Copyright Act 1976.  Mahan claimed that he should be named a joint author and hence a joint owner of the copyright of six Jay Z albums (45 published sound recordings) including 1999's "Vol. 3... Life and Times of S. Carter" and 2000's "The Dynasty: Roc La Familia" on which he worked from August 1999 to October 2000. Mahan said he was instrumental in creating the sounds of the releases since all of them were tracked, recorded, edited, arranged and mixed by him at Sony Studios -- where he rendered his technical and aesthetic talents without direct or indirect supervision of other putative joint authors. Mahan brought his own digital audio workstation, i.e, pro-tools system, into Sony Music Studios and interfaced his then state-of-the-art equipment with Sony’s built-in technology. However, Jay Z’s stand on this is that Chauncey is "attempting to use the federal courts as part of his shakedown scheme”.

While we wait and watch to see what happens to this case in the US, we can speculate as to what might have happened, had this case arisen across the Atlantic.  In the UK, it would have been determined under the Copyright Designs and Patents Act 1988, section 10(1) of which states:


“a work of joint authorship means a work produced by the collaboration of two or more authors in which the contribution of each author is not distinct from that of the other author or authors”.

In the case of a sound recording, the producer, i.e, the person by whom arrangements necessary for the making of the recording are undertaken is considered to be the author of the work. In light of this case Chauncey’s claims might succeed in that, although in rap the words are of greater importance than in many other music forms, the sound engineer may be deemed to have contributed sufficient skill and judgment to the output to make him a co-author. Although Chauncey’s contribution would obviously be less than that of Jay Z, UK law does not require that the individual contributions of the joint authors be equal in terms of quality, quantity or originality.

Whatever the 1988 Act states, its provisions, and hence any claim to authorship based on them, can be overridden by any contractual agreement to the contrary.  According to his petition, Mahan stated that he did not sign any written agreement with Jay Z or any third party concerning his contributions to the recordings, having merely made an oral agreement to work together with Jay Z as creators in completing the songs for his new album. This case yet again extols the virtue of having clear contractual agreements in place, such as an assignment of exclusive copyright which should be obtained from an actual or alleged joint author, or an appropriate licence which covers all required forms of exploitation so as to scupper the difficulties that tend to arise later. At the end of the day, the devil is in the detail and it is the contractual terms which determine to what extent royalties will accrue to the joint author or whether he transferred all exclusive rights to the record company against a single fee [the IPKat thanks Shalini Bengani for supplying this item].
Wednesday whimsies

Reviewed by Jeremy on Wednesday, October 08, 2014 Rating: 5
The IPKat licenses the use of its blog posts under a Creative Commons Attribution-Non Commercial Licence.