In memoriam: Albert Maysles, the man who helped change the film documentary 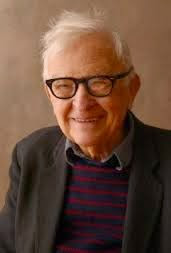 The manner by which we compensate the creative process is sometimes unequipped to provide proper recognition for more general creative contributions that enjoy long-lasting influence. We may all take pleasure in discussing whether a monkey or the photographer who set up the camera is the creator of the ensuing photograph, but fundamentally there is something a bit trivial in the entire discussion. I was reminded of this in learning of the death of Albert Maysles on March 5, 2015 in New York City at the age of 88. I suspect that most Kat readers will not recognize the name of the man whom the legendary French new wave director, Jean-Luc Goddard, called “the best American camera man.”

But Maysles was not merely a pioneer camera man in the film business. With his brother David (who died in 1987), he played a central role in changing the way that documentary films were  made, by helping to develop the direct cinema/cinéma vérité approach to their craft. In so doing, they forever influenced how the movie documentary and the viewer interact with each other. In the words of the New York Times, Maysles was "the dean of documentary film making."

To appreciate what Maysles and his brother wrought, keep in mind how documentary films tended to be made before direct cinema came along. The documentary in those days largely consisted of a male voice-over telling the viewer what he or she was meant to be seeing. At its root, the voice- over spoke for the documentary, rather than letting the documentary speak for itself. And then along came Maysles and those whom he influenced. The following observations from Wikipedia well-describe the changes that ensued from the direct cinema approach:


"Albert pioneered the "fly on the wall" perspective in documentary cinema. His success from a technical aspect was based on separating the camera from the recording device (David used a Nagra) by accurately controlling the speed of the camera and the tape recorder by allowing the two devices to be moved independently with respect to each other; an impossibility in commercially available equipment at the time. Long takes with ordinary equipment would invariably lose synchronization."

By virtue of this novel technique, Maysles and his brother reworked the documentary, in the words of The Guardian, into "intimate, unselfconscious observation". As one of his colleagues observed, Maysles so tightly edited the visual results of this non-intrusive cinematographic approach that there was no way to wedge the traditional voice-over into the documentary, even if one wanted to. In Albert's own words:


"Remember, as a documentarian you are observer, an author but not a director, a discoverer, not a controller." 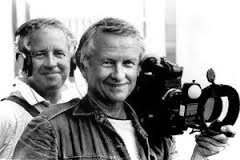 Some readers may be thinking: "all right Kat, this is all very interesting, but what documentary films did Maysles actually make?" Let's begin from a moment in this Kat's own teenage years. When the Beatles first came to the US in 1964, two events stand-out in this Kat’s memory. The first was their set of appearances on the Sunday evening television programme, the Ed Sullivan Show which, in its time, was one of America's most potent cultural arbiters. The second was the ensuing documentary about their visit, made by the Maysles brothers, with its iconic opening segment of screaming teens being restrained by New York City’s mounted police. This film became the backbone of the memorable DVD, The Beatles: the First U.S. Visit. Direct cinema had reached the masses.

Two later documentary films made by Maysles and his brother stand out. The first is the film about the Rolling Stones, Gimme Shelter, a
documentary done in 1970 about the group's Altamont concert, which captured the murder of a member of the audience. The second is Grey Gardens, made in 1975, about a reclusive mother and daughter, each named Edith Beale, socialites related to Jacqueline Kennedy, who lived in a decaying mansion in fashionable East Hampton in Long Island, New York. The genius of the documentary is the manner by which Maysles lets the Beales-- mother and daughter -- tell their own story. Grey Gardens has been named of the 10 greatest documentaries of all time and in 2006 it was adapted as a full-length Broadway musical, the first time a documentary served as the basis for a musical. It was later made into a television film.

Maysles himself is reported to have said that his favourite film was The Salesman, a 1969 film about bible salesmen on the road. Kat readers should remember the role that the travelling salesmen played by the US psyche at that time, this being only 20 years after Arthur Miller's iconic play, Death of a Salesman, had first been presented on Broadway. True, Maysles received various awards, including the 2013 National Medal of Arts award given by President Obama. Somehow, however, given the magnitude of his achievement, all of this recognition seems inadequate. In light of his passing, this Kat is honoured to recall his achievements.
In memoriam: Albert Maysles, the man who helped change the film documentary

Reviewed by Neil Wilkof on Friday, March 20, 2015 Rating: 5
The IPKat licenses the use of its blog posts under a Creative Commons Attribution-Non Commercial Licence.