InternKats: Sophie Corke, Magdaleen Jooste, and Anastasiia Kyrylenko.
Home Neil Wilkof patent prior art translation / When the translation is the prior art: or is it?

When the translation is the prior art: or is it? 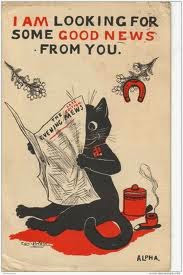 Translations have long engaged IP law and practice. In the 19th century, the fundamental issue focused on whether copyright extended protection to a translation. After an initial period of disagreement (U.S. law said “no”, English law said “yes”), consensus was reached in favour of protection. Later on, the right to translate reached the international arena, as dispute arose at the Berne convention level about whether to allow translations to take place in developing even without explicit authorization in name of encouraging the flow of information. The issue of translation has taken on a more meat-and-potatoes aspect in the patent system, namely the requirement for translation of the patent application and the attendant costs as an aspiring applicant seeks to achieve broad scope of protection. But even in the patent system, translations seem to raise legal questions, as this Kat was reminded this week as he exchanged coffee-klatch thoughts on the subject with a colleague.

If no issue of the language of the document itself is at issue, then all sides are working from the same text. A difference of opinion may arise as to how to understand the text, but there is no disagreement over what the text says (as contrasted with what it means). That is why we have an adjudicator. But in the scenario described above, the parties do not have any ability even to know what the document “says”. Instead, all they can do is refer to two different texts in translation that each purports to convey the language of the original text into the lingua franca of the parties. This in effect means that there is no original text (indeed, it can be assumed that if additional translations were commissioned, each of them would also differ, one from the other). Not only is there a difference of opinion on whether the document constitutes prior art, but there is also a disagreement over what the document actually is. 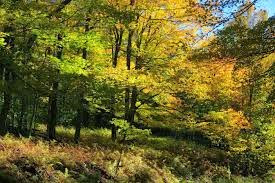 There also seems to be a bit of a legal fiction at work here. This Kat is reminded of the well-known query about what do we mean by sound: if a tree rustles in the wind, but no one hears it, has a sound been made? In our situation, from the point of view of the consciousness of the parties involved, the putative prior art document is only embodied in the translation commissioned by Party B, which post-dates the filing date of the application. A translation may be, in modern copyright parlance, a derivative work, but it still stands as a work separate from the underlying work. But in order for the original document to be treated as prior art, we need to deem the translation as being identical in both time and substance with the original document. The tendency to treat two distinct acts as a unified whole reminds this Kat of trade mark licensing law, where the quality control function was developed to support the conclusion that use of the mark by the licensee is deemed use by the licensor. Something similar seems to be work in our situation as well.
When the translation is the prior art: or is it?

Reviewed by Neil Wilkof on Friday, March 27, 2015 Rating: 5
The IPKat licenses the use of its blog posts under a Creative Commons Attribution-Non Commercial Licence.