Copyright law in the UAE: it's not what you might think

Practitioners who think that copyright in the United Arab Emirates (UAE), a market of increasing importance for IP owners, is similar to that 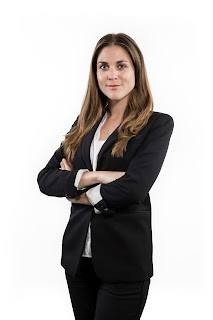 in place in common-law jurisdictions, will be surprised to learn that this is not so. Kat friend Vanessa Delnaud of the Dubai office of Gowling WLG puts us straight on some of the major features of copyright law in the UAE.

“It is common practice for many companies operating in the UAE to run their business on the assumption that the principles enshrined in the UAE Federal Copyright Law are the same as those applied in common law jurisdictions. This is not the case. This false belief may have a significant impact on businesses, since it may result in authors' rights arising out of the company's activities not being effectively passed through to the company, rather remaining with the individuals who created those rights, thus putting the company at risk.

NO AUTOMATIC TRANSFER OF COPYRIGHT

In common law countries, the copyright may initially vest in the employer or another person/entity for whom the work was prepared. For example, in the United States, under the "work made for hire" doctrine, copyright in a work created by an employee within the scope of his/her employment will automatically (without a written assignment) and initially vest in the employer. A commissioner may also own the copyright in a work made by an independent contractor as a work made for hire under certain circumstances. A similar rule exists under the laws of the UK and of Ireland with respect to works made by employees.

In civil law countries, however, ownership of copyrights in a work vests in the author of such work, until the copyright is assigned through a written assignment instrument. (But, in some countries, there may be some specified rebuttable presumptions of transfer with respect to, for instance, employee-created software, audiovisual works and collective works – works involving numerous contributors). Under the UAE Copyright Law, absent a written assignment of copyright in an employment contract or commissioning agreement, the copyright will not be passed through to the employer or commissioner of the work. Rather, it will remain with the employee or the independent contractor (unless the work may qualify as a collective work under Article 1 of the UAE Copyright Law, which may be difficult to prove in practice). This means that a clause merely referring to the assignment of all the rights in the works as works 'made for hire' would be irrelevant and ineffective.

It is important to note that a copyright assignment is only valid under the UAE Copyright law if it satisfies a number of conditions, including that the assignment should: (1) be in writing, (2) expressly specify the rights assigned, and (3) include statements of the purpose for which the rights are assigned and the geographical area in respect of which the rights are assigned. Without an assignment that complies with the provisions of the UAE Copyright Law, companies are at risk of having to defend a copyright infringement claim from the owner of the rights that were not transferred (either an employee or a contractor), and/or a contractual liability claim from their third party licensee/assignee facing a copyright infringement claim from the owner of the rights. Also, if a company cannot prove its ownership of copyright, it may have a significant impact on the admissibility of any infringement claims against potential infringers as well as on its ability to find investors or on the price of its business when trying to sell it.

NO GENERAL ASSIGNMENT OF FUTURE COPYRIGHT

In common law countries, there is no prohibition on the contractual assignment of a future copyright in a work that has yet to be created. In civil law countries, however, as a general rule, an agreement that concerns all the works or all the works of a specific type that will be created by an author in the future is void. In particular, the UAE Copyright law contains a provision that deems any disposal of the author's future intellectual rights in five or more future works to be null and void. But if, for example, an employee is employed in a creative role, he/she may complete five or more works within a few hours of signing his employment agreement. As a result, in order to overcome such restrictions, we recommend that companies put in place with their employees and service providers in the UAE a system of confirmatory assignments that should be completed and signed by the employee/service provider once it has created and delivered any work in the context of its employment or service agreement.

STRICT LIMITATIONS IN THE WAIVER OF MORAL RIGHTS

Moral rights are personal and cannot be assigned. However, in most common law jurisdictions, moral rights can be waived. It is therefore usual practice to see in assignments or licensing agreements governed by US, UK or Irish law, provisions under which authors waive their moral rights. Such an approach is consistent with the functional view of authors' rights in these countries.

On the contrary, in civil law countries, including the UAE, a general waiver of moral rights would ordinarily be unenforceable. This is because it would be equivalent to an assignment of moral rights, which is prohibited in accordance with the traditional approach of copyright in civil law jurisdictions (pursuant to which authors' works are protected as the products of the authors' personality, so that authors should be protected against any modification of their works). An author may only undertake in writing not to exercise his/her moral rights in relation to a specific person or entity, provided that the agreement specifies the work(s) and specific uses to which the undertaking applies. The more detailed these provisions are, the greater the likelihood that they will, if challenged, prove valid and enforceable in court.”
Copyright law in the UAE: it's not what you might think

Reviewed by Neil Wilkof on Tuesday, February 21, 2017 Rating: 5
The IPKat licenses the use of its blog posts under a Creative Commons Attribution-Non Commercial Licence.