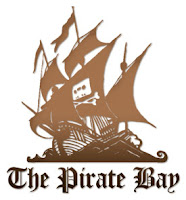 The Pirate Bay blocked in Sweden? Yes, this is indeed what the Swedish Patent and Market Court of Appeal has ordered a major Swedish access provider to do in a recent decision.

“In a 2016 judgment [commented on IPKat here] the Stockholm District Court (Patent- och Marknadsdomstolen) rejected an application to issue an injunction against a major Swedish internet access provider, Bredbandsbolaget (B2), to block access to torrent site The Pirate Bay and streaming portal Swefilmer.

The rightholders in this case (including, amongst others, Universal Music, Sony Music Entertainment, Warner Music, and Nordisk Film) had brought a joint action in which they claimed that B2 - by supplying internet connection to its own customers (thus enabling access to The Pirate Bay and Swefilmer) - was aiding and abetting (objectively) infringements of their copyrights.

The Stockholm District Court dismissed the claimants’ action and rejected the request to order B2 to block access to those sites. This was on grounds that it was not possible to determine whether B2 has knowledge of third-party infringements. The first instance court also rejected the claimants’ submission that Swedish law is incompatible with EU law for not allowing blocking injunctions, and ruled out that the decision by the Court of Justice of the European Union (CJEU) in Telekabel [also discussed here] could have any relevance to the present case.

The appeal judgment: in brief

In what can be considered a landmark ruling, on 13 February 2017 the Swedish Patent and Market Court of Appeal (Patent- och Marknadsöverdomstolen) reversed the first instance decision, and ordered B2 to pay SEK 500,000 [approx EUR 53,000] to the rightholders and block access to The Pirate Bay and Swefilmer for the next three years. The decision cannot be appealed and is therefore final.

The court noted that it is indeed possible under EU law for rightsholders to obtain an injunction [pursuant to Article 8(3) of the InfoSoc Directive] against an intermediary whose services are used to commit a copyright infringement, even if the ISP only provides its customers with internet access.

This also means that there is no need for a contractual requirement, or any other relationship, between the intermediary and the third-party infringer [recently, the CJEU has confirmed this in Mc Fadden, here, and – in the broader context of Article 11 of the Enforcement Directive – Tommy Hilfiger, here].
Then the court turned to Article 53 b of the Swedish Copyright Act and said that this provision should be interpreted in light of EU law. The result is that an intermediary, that supplies access to copyright content unlawfully provided by third parties, should be regarded as “participating” in the infringing activity. It follows that it should be possible to issue an injunction against such an intermediary. In contrast with the first instance ruling, the Court of Appeal also stated there is also no need establish an intermediary’s own criminal liability (for aiding and abetting the users’ infringements) for an injunction to be issued against it.

The court then considered whether it was proportionate to issue the injunction in the case at hand. In this regard, it highlighted the importance of striking an appropriate between the fundamental rights to (i) copyright protection; (i) receive/impart information; and (ii) to conduct one’s own business. Because the services of the intermediary were used to make works available without the rightholders’ consent it was considered to be proportionate to issue an injunction.

The reasoning of the Court of Appeal

More specifically, the Court began its analysis by discussing relevant provisions and CJEU case law on Article 8(3) of the InfoSoc Directive (“Member States shall ensure that rightholders are in a position to apply for an injunction against intermediaries whose services are used by a third party to infringe a copyright or related right.”)

The CJEU decision in Telekabel clarified that “an intermediary that provides access to content which third parties’ made available through its services on the internet is an intermediary whose services are used by a third party to infringe copyright or related rights within the meaning of Article 8(3) of the InfoSoc Directive”.

In that case the CJEU also clarified that Article 8(3) of the InfoSoc Directive does not set out a requirement for there to be a special circumstance, such as a contractual relationship between the intermediary and the third party, or that it must be shown that third parties are taking part in unlawful activity using the services of the intermediary.

Furthermore, the CJEU in Tommy Hilfigher held that there is an obligation for Member States to ensure that intermediaries whose services are used by third parties to infringe IPRs, irrespective of the intermediaries’ own potential responsibility for the activity at issue, may be forced to take measures to the ensure that the infringements stop and also take measures to prevent new infringements.

…. What about the safe harbour provisions?

Articles 12-14 in the E-commerce Directive set out exemptions from liability (safe harbours) in favour of mere conduit, caching and hosting providers. Article 12(3) provides however that the safe harbour should not affect the possibility for a court or administrative authority, in accordance with the Member States legal systems, to require a certain provider to terminate or prevent an infringement.

This reading has been recently confirmed by the CJEU in Mc Fadden (para 79).

… intends to provider rightsholders with a high level of protection, also by enabling national courts to issue injunctions against intermediaries whose services are used by third parties to commit infringements. In this regard the court emphasized that Recital 59 in the preamble to the InfoSoc Directive provides that “[t]he conditions and modalities relating to injunctions should be left to the national law of the Member States”.

The Court thus turned to Article 53 b (first sentence thereof) of the Swedish Copyright Act. This provisions states that “[u]pon a petition by the author or his or her successor in title or by a party that, on the basis of a license, has the right to exploit the work, [a] Court may issue an injunction prohibiting, on penalty of a fine, a party that commits, or contributes to, an act constituting an infringement or a violation referred to in Article 53 to continue that act.”

The Marleasing principle and the Swedish Copyright Act

When implementing the InfoSoc Directive into the Swedish legal system, the Swedish Government decided not to use the same language of Article 8(3), but rather phrase Article 53 b in the sense of allowing an injunction to be granted against those who commit copyright infringements and those who aid and abet such infringements. However, as opposed to what the first instance court thought, this national provision must be interpreted in light of EU law (Marleasing principle) and there is no requirement for the claimant to demonstrate that the defendant did so through action or other active conduct. The court said that this conclusion was confirmed by both the preparatory works to Article 53 b and the InfoSoc Directive.

In conclusion the court found that Article 8(3) of the InfoSoc Directive requires that an internet intermediary such as an access provider may be subject to an order to block access to The Pirate Bay and Swefilmer. The requirement of proving a certain relationship between the intermediary and the infringing third party should be considered incorrect/obsolete. The court also ruled out that rightholders would need to prove that the intermediary’s customers have accessed the works (a condition stated instead by the first instance court).

The injunction enters into force on 28 February and will be in place for three years. The decision may not be appealed since the Patent and Market Appeal Court is in principle the last instance court in IP cases."
Swedish Patent and Market Court of Appeal orders block of The Pirate Bay and Swefilmer

Reviewed by Eleonora Rosati on Friday, February 24, 2017 Rating: 5
The IPKat licenses the use of its blog posts under a Creative Commons Attribution-Non Commercial Licence.