Trade marks: the limits to a MONSTER’s reach in Singapore

One of the most challenging issues that confronts trademark practitioners is how to treat a word that is arguably the dominant portion of a mark. This is 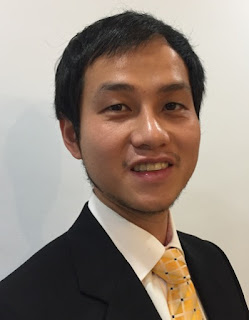 especially so when that word is the subject of a registration by another party. The most recent decision involving the "Monster" mark in Singapore is an excellent example. Kat friend Samuel Wee from Yusarn Audrey provides a helpful discussion about this case.

Just how big is the "Monster"? When it comes to trade marks, it does not go as far as "Monster Energy," in the view of the High Court of Singapore.

The High Court was, however, not persuaded by Monster Energy’s arguments. It was determined that Monster Energy’s trade mark “MONSTER” did not possess a high level of technical distinctiveness (this is elaborated on below). First, “MONSTER” was a common word in the English language; second, “MONSTER” has an allusive and laudatory meaning in relation to Monster Energy’s goods in Class 30 (i.e., it suggests that consuming the said goods would provide energy and strength like a ferocious monster); and third, Monster Energy did not provide sufficient evidence to show that it had acquired distinctiveness in the trade mark “MONSTER” through its use (due to a lack of evidence).

This in turn meant that there was no higher threshold to be crossed for Glamco’s trade mark “SWEET MONSTER” to be found dissimilar to Monster Energy’s trade mark “MONSTER”, which would have been the case if “MONSTER” possessed a high level of technical distinctiveness. Since the Singapore Court of Appeal’s decision in Staywell Hospitality Group Pty Ltd v Starwood Hotels & Resorts Worldwide, Inc [2014] 1 SLR 911, the comparison of trade marks in Singapore has invariably involved the question of technical distinctiveness.

Monster Energy has been taking active steps to try to prevent the other parties from obtaining registration of trade marks bearing the word “MONSTER” in Singapore. For instance, Monster Energy has gone through other opposition proceedings relating to the trade marks “MONSTER STRIKE” (filed by Mixi, Inc. – see [2017] SGIPOS 12 );

(filed by Tencent Holdings Limited – see [2018] SGIPOS ). It is noted that all of Monster Energy’s said oppositions have failed.

However, trade mark owners should be mindful of the possible negative implications that such actions may have on its business. For instance, failed oppositions may embolden other third parties to use or register trade marks that may bear some arguable similarities to the owner’s trade mark.

Trade marks: the limits to a MONSTER’s reach in Singapore

Reviewed by Neil Wilkof on Monday, December 10, 2018 Rating: 5
The IPKat licenses the use of its blog posts under a Creative Commons Attribution-Non Commercial Licence.