Eleonora Rosati Sunday, July 21, 2019 - #IPKat, copyright, Thomas Key, timestamp requirement, YouTube
What is going on on YouTube? The IPKat is happy to host the guest post below by Thomas Key, a JD student at Chicago-Kent Law School, on recent changes implemented by YouTube on its platform in relation to copyright claims. 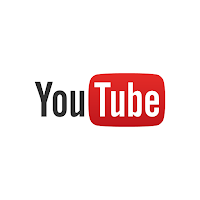 Until recently, YouTube users faced the possibility of defending against or rectifying copyright claims with the burden of independently identifying and removing the infringing material. Following criticism from popular users regarding manual copyright claims in which claimants had not needed to specify the allegedly infringing portion of the subsequent work nor the allegedly infringed portion of the original work, YouTube began to revise their copyright system.

YouTube CEO, Susan Wojcicki told creators that the company was considering improvements to the system of manual copyright claims on the site in April 2019; on July 9, product manager, Julian Bill unveiled a timestamp requirement for claimants and a method for possible infringers to expeditiously resolve these claims.

Prior to last week’s revisions, a copyright owner could merely indicate the allegedly infringing video and the source video which it allegedly infringed in filing a manual copyright claim. Now, the owner as a claimant must specify the portion claimed with a timestamp; alleged infringers will receive “a visualization of where the manually-claimed content appears,” allowing these users to properly defend against spurious claims. If the claim is valid, however, this requirement is also beneficial to the resolution process which was also modified last week.

YouTube indicates that there are consequences for repeated spurious claims, including legal liability. In fact, even “[c]laimants who repeatedly provide inaccurate timestamps may have their access to manual claiming revoked or, in some cases, have their partnership terminated.”

YouTube users used to be at the behest of the copyright owner alleging infringement in rectifying an infringing video: the owner could claim the revenue (allowing the infringing content to remain) or the owner could require the removal of the infringing portion of the work (subsisting of deleting the video from the site, editing it offline, and reuploading the video). This process was costly for infringing producers, either in loss of revenue or in loss of labor-time and virality through the delete-edit-reupload process.

Instead, YouTube has offered users a way to keep their content on the site while removing any portion allegedly infringing a copyrighted work. Assuming the infringed work is a song or audio recording, the user may mute the sound on that portion of the video or replace it with non-infringing music. YouTube provides users with an audio library with free-to-use songs, ensuring all users have access to audio to replace infringing music. Even if the infringed work is a video, however, users may trim out that portion of the video, resulting in a non-infringing work. On their ‘support’ page regarding manual copyright claims, YouTube promises to provide a one-click option to trim videos in the near future.

These revisions allow for expeditious resolution of valid manual copyright claims while providing a disincentive toward spurious copyright claims. While the interests of copyright owners remain protected, infringing users now have a reasonable means of rectifying their transgressions. With more than 800 million videos claimed for copyright infringement, resulting in more than $ 2 billion in claimed revenue, and the substantial loss of labor hours caused by frequent or repeated claims against one’s videos, the improved administration of copyright infringement claims on YouTube is in the best interests of both infringing users and copyright holders.
Guest post: YouTube shifts the burden: requires manual copyright claimants to timestamp the allegedly infringing material; simplifies the rectification process

Reviewed by Eleonora Rosati on Sunday, July 21, 2019 Rating: 5
The IPKat licenses the use of its blog posts under a Creative Commons Attribution-Non Commercial Licence.