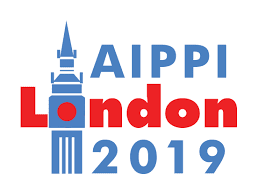 Readers will have not missed that last week London hosted the AIPPI Congress in the politically charged climes of Westminster.  The AmeriKat was frantically pouncing from one event to another, all while moving house.  Thus the IPKat was unusually quiet during this Congress.  But now that the dust (literal and mental) has somewhat settled, she brings reports from a team of guest AIPPI reporters.  The first of which comes from Sarah Blair (formerly of Bristows, but now off to Bermuda where she will continue practising IP - good luck Sarah!).

Over to Sarah for the first session from Day 1:

"Four distinguished panellists were welcomed by a packed room of attendees for the first panel session of AIPPI London 2019 to discuss the role of copyright in the protection and exploitation of art and architecture.

Works of visual art in the public domain

The session kicked off with a discussion of article 14 of the new (and controversial) copyright DSM Directive (2019/790) in relation to works of visual art in the public domain. Article 14 provides that:

For example, when the copyright in a painting has expired, copyright will not subsist in a photograph of that work unless that photograph itself satisfies the originality criteria.

Eleonora Rosati (academic and an Of Counsel at Bird & Bird, UK) commented that this article was a surprise to the copyright and museum industry, having not been included in the initial proposal for the directive back in 2016. Museums who provide a ‘©’ symbol with digital reproductions of works in their exhibitions will need to reconsider this practice. However, Eleonora rightly pointed out that this is not a new right per se – but arguably only clarifies existing law: to have copyright (or related right) protection in a work, it must be original. Eleonora recalled the CJEU decision in Painer (C-145/10) which discusses originality in photographs being the creative choices of the photographer as to e.g. framing, lighting, angle, atmosphere and post production changes. Dale Nelson (Donaldson + Callif LLP, US), who was moderating the panel, noted that the US generally accepts that photographs are subject to copyright protection.

Christian Zimmerman (chief operating officer, DACS, UK) noted that Article 14 may impact on UK law given that Article 14 specifically refers to the “author’s own intellectual creation” in contrast to the UK’s “skill, labour and judgment” test for originality. However, this might be of limited impact given that the UK courts have already begun incorporating the EU’s test in recent decisions, for example in the Red Bus case.

Christian reflected on the museum industry, which to date often rely on its terms and conditions of entry to prevent visitors from taking photographs of its exhibited works. However, following legal changes in 2014, an override clause meant that such a term could no longer be imposed. Museums are ever developing new media opportunities, some museums even curating ‘Instagram exhibitions’ and working with influencers for increased publicity. They may well still try to prevent recirculation of their photographs by way of watermarking their images or restricting the ‘right-click’ to copy the image.

Next up for discussion was the exception for the ‘right of panorama’ found in Article 5(3)(h) of the InfoSoc Directive. This is a non-mandatory exception for the “use of works, such as architecture or sculpture, made to be located permanently in public places”.

Thomas Koch (Judge, German Federal Supreme Court) referred to the German Bundesgerichtshof’s (‘BGH’) decision in “AIDA Kissmouth” [decision in German only] (IPKat reported here). In that case, the upload of a photograph of a cruise liner which was externally decorated with copyright-protected artworks was exempt from infringement for falling within the panorama exception which had been implemented into German law. The trickier aspects of this decision concerned whether the cruise liner could properly be considered to be located permanently in public places given that it traversed the world and would occasionally be in private and public locations. The BGH decided that the work needn’t be stationary and that it is sufficient for the work to be accessible (in this case, seen and photographed) from a public place even if the protected work was situated in a private location.

Eleonora pointed out that, of those that have chosen to implement this exception, there are significant variances between the different Member States’ national transposition of it. For example, in France the exception doesn’t extend to commercial use (so the AIDA Kissmouth decision would have been decided differently there, having been photographed and used by an operator of excursions and cruises in Egypt). In the UK, it is significantly restricted by having been literally transposed and being restricted to only buildings, sculptures, models for buildings and works of artistic craftsmanship. Christian expanded on the UK position, pointing out that, for example, taking a photograph of Banksy street art would not be covered by the exception as it does not extend to graphic works. Without a personal fair use exception, individuals in the UK would be infringing Banksy’s copyright. The public also fall prey to infringement when they photograph works publicly displaced on a temporary basis – for example, sculptures displayed on the plinths in Trafalgar Square on a 5 year basis. Interpreted strictly, these aren’t “permanent” displays. The panellists agreed that clarification and harmonisation from the CJEU would be helpful in this area.

Last up was a discussion was another, recent, decision of the BGH in relation to authors’ moral rights and the destruction of their work. Thomas explained that the case concerned an artist’s installation of an artwork (called “HHole (for Mannheim) 2006”) across multiple levels of an art gallery. Many years later, the art gallery sought to (and did) remove the installation. The artist claimed that such destruction infringed her moral rights in the work and constituted derogatory treatment under section 14 of the German Copyright Act (here). It was held that, in weighing up the respective interests of the parties, the interests of the building’s owner – in regaining space for its exhibitions - prevailed. When conducting this exercise, important factors include whether there is only one copy of the work, the level of design in the work and whether it serves a special use.

Eleonora commented that moral rights in the UK are weak. Christian considered two other means to preserve artists’ works: 1) public pressure; and, 2) the use of contractual obligations for refurbishment and preservation. For example, when substantial renovations of the Tottenham Court Road underground station in London threatened the removal of Eduardo Paolozzi’s iconic mosaic designs installed there in 1986, there was a public outcry. As a result, TfL (Transport for London) underwent a significant restoration and conservation project and consequently retained 95% of the mosaics. "

Reviewed by Annsley Merelle Ward on Monday, September 23, 2019 Rating: 5
The IPKat licenses the use of its blog posts under a Creative Commons Attribution-Non Commercial Licence.