Beijing IP Court: Moutai is excellent, but not exclusively so

Kweichow Moutai (or Guizhou Maotai) is probably the most famous liquor in China. As early as 1915, it was awarded a silver medal in the Panama Expo, and it is frequently served at diplomatic and other important national occasions. Many consider Kweichow Moutai the national liquor of China. So does Kweichow Moutai itself.

Over the past two decades, Kweichow Moutai Co. Ltd. (KMCL) has made several attempts to seek trade mark protection for ‘国酒茅台 (the national liquor Moutai)’ and ‘茅台国宴 (Moutai state banquet)’. 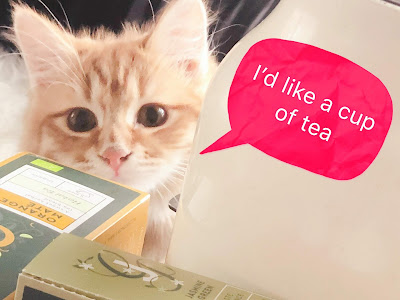 - Moutai liquor can only be produced within a narrow valley of less than 10 km2 along the Chishui River in Moutai Town of Kweichow Province, because of its irreplaceable terroir.

- Many call Moutai ‘the creator’s grace’. Grace, like many others, is often rare. Combined with the special manufacturing process, Kweichow Moutai has very limited production.

- There is some historically traceable evidence that supports Kweichow Moutai’s claim of being the national liquor. For instance, as the then-Prime Minister Chou Enlai explained to former President Richard Nixon during a banquet that, ‘during the Long March, Moutai was used by us to cure all kinds of diseases and wounds’, with Nixon then proposing a toast to the ‘panacea’. (source: washingtonian)

In 2001, KMCL began filing trade mark applications for ‘national liquor Moutai’ in class 33 for products of alcoholic beverages. However, most of those did not survive preliminary examination. In 2012, four applications for ‘national liquor Moutai’ (in Chinese, application numbers 8377491, 8377533, 8377511 and 8377467) did successfully pass the initial stage but faced 95 oppositions, the majority of which filed by the company’s  own competitors.

These four temporary victories came as a surprise: according to ‘The Examination and Trial Standards for the Trade Marks containing “China” or starting with “National”’ (full text available here, in Chinese, Google translatable) issued in 2010 by the State Administration for Industry and Commerce (now the State Administration for Market Regulation), applications containing these words would be rejected due to deceptive and exaggerated advertising, lack of distinctiveness, or adverse effects.

In December 2016, the Trade Mark Office rejected the four applications, and no further details were made available. Eventually, on 13 August 2018, a statement appeared on KMLC’s official website stating it ‘sincerely apologise[s] to the Trade Mark Office and all relevant stakeholders’. The company also stopped using ‘the national liquor Moutai’.

Or ‘the liquor for state banquet’?

On 11 October 2002, KMCL filed a trade mark application for ‘茅台国宴 (Moutai state banquet)’ (filing no 3333017, in class 33), which was rejected by the Trade Mark Review and Adjudication Board (TRAB, terminated on 18 February 2019 by means of Notice No. 295 of the National IP Administration due to institutional integration). In 2016, KMCL sued TRAB in the Beijing IP Court (‘the Court’).

(1) Although the evidences submitted by KMCL proved that Kweichow Moutai had been used at national banquets for many times and has a high reputation, “Moutai state banquet” should not be registered as a trade mark for alcoholic products, as it would be easy for the relevant public to regard the relevant products as being dedicated to the state banquet, and thus misidentify its quality, grade and other characteristics.

(2) The registration of a trade mark containing “national banquet” for alcoholic goods would confer exclusive trade mark rights to its proprietor, which would not only be unfair to other players within the industry, but would also have certain negative impact on the public interest.

Therefore, to avoid the proliferation of trade marks containing the word ‘national’ and maintain fairness within the market, the Court upheld the TRAB’s findings on KMCL’s violations of Article 10.1(7) and (8) of the Chinese Trade Mark Law:

Article 10: None of the following signs may be used as trade marks:
…
(7) Those that are deceptive and likely to mislead the public in terms of the quality, place of production or other characteristics of the goods; and
(8) Those detrimental to socialist ethics or customs, or having other unwholesome influences.
...

The first judgment has come into effect, as neither party appealed.

The motivation for these ‘national-’ trade mark applications is of course elusive: it may be out of (over) confidence, intentional pre-emption, or event marketing. Nevertheless, the reasons for the two decades of failure are quite clear:

(1) A trade mark is an exclusive right, whereas ‘liquor for state banquet’ is not. In China, several liquors have been served at state banquets, e.g. Yanghe, Gujing Gong, Fen and Changyu. A trade mark registration for ‘liquor for state banquet’ or ‘national liquor’ not only seeks to monopolise the honourable title, but more seriously, might lead to the wrong assumption that Kweichow Moutai is the one and only national-level excellent liquor, which is far from truth.

(2) A simple scan shows that Kweichow Moutai produces several products, e.g. aged Moutai (80 year, 50 year, and 30 year), regular Moutai and low-alcohol Moutai, yet only the one in the ‘soy sauce coloured bottle’ is eligible to be served at state banquets. In other words, a trade mark registration for ‘national liquor Moutai’ or ‘Moutai state banquet’ in class 33 would grant an excessively large umbrella for one specific product.

Reviewed by Tian Lu on Sunday, September 29, 2019 Rating: 5
The IPKat licenses the use of its blog posts under a Creative Commons Attribution-Non Commercial Licence.