In 2018, Swedish collective management organisation STIM and the Swedish Artists’ and Musicians’ Interest Organisation, SAMI, brought separate proceedings against two companies that operate in the automobile leasing/renting industry. Both cases ensued from missed payment of yearly licensing fees to STIM and SAMI since 2014. 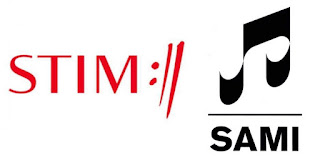 Eventually, the matter reached the Swedish Supreme Court, which stated that, according to CJEU case law, it is apparent that a communication to the public may take place – in the manner envisaged by Article 3(1) of the InfoSoc Directive – when transmissions are made by means of technical equipment to a nearby public (e.g. in a hotel, café, rehabilitation centre, or a spa). Furthermore, the CJEU has held that hotel operators carry out a “communication to the public” in light of Article 8(2) of the Rental Rights Directive, when hotel rooms are equipped with phonograms available in digital or physical form and which can be played or intercepted (Phonographic Performance Ireland, C-162/10). Nonetheless, the CJEU also came to the contrary conclusion regarding transmission of phonograms in a dentist’s waiting room (Società Consortile Fonografici, C-135/10). The Supreme Court was unsure how to treat the providers of rental cars. Thus, it asked the CJEU to answer the following questions:

2) What is the significance, if any, of the volume of the car hire activities and the duration of the hires?

Last week Advocate General (AG) Szpunar delivered his Opinion (not yet available in English). The AG noted that, when assessing whether a communication to the public has taken place, the crucial role of the indispensable user must be considered (Stichting Brein, C‑527/15, paragraph 31). In particular, the user’s actions must concern the content of the communication, not the act of communication as such. The central factor to consider would thus be the direct relationship between the user’s actions and the protected works that have been communicated. This requirement is inherent to the very concept of ‘a communication to the public’, since the communication must relate to the protected works.

The only communication to the public that takes place, is the communication that has been made possible by the radio broadcasting companies. By enabling protected works to be transferred via radio, the customers of STIM and SAMI already took into account all users that have a radio receiver installed in cars, no matter how the cars are used. A communication to the public can only be found on basis of further actions taken by the user, which goes beyond the mere provision of the equipment for communicating the works in question (see recital 27 of the InfoSoc Directive).

Car rental companies can therefore not be considered to perform a communication to the public within the meaning of Article 3(1) of the InfoSoc Directive and Article 8(2) of the Rental and Lending Rights Directive.

Having considered that car rental companies do not perform a communication, AG Szpunar also considered that the answer to the second question can only be in the negative.

Reviewed by Nedim Malovic on Sunday, January 26, 2020 Rating: 5
The IPKat licenses the use of its blog posts under a Creative Commons Attribution-Non Commercial Licence.