Hayleigh Bosher Tuesday, January 07, 2020 - consent, evidence of genuine use, genuine use, Hayleigh Bosher, second-hand sales, trade mark
On the 13th December 2019, Mr Justice Mann delivered his judgement of Aiwa Co. Ltd V Aiwa Corp in the UK High Court. This was an appeal from the UK Trade Mark Registry, a decision of the hearing officer delivered on 4th February 2019, concerning the issue of whether the sale of second-hand goods could suffice as "genuine use" with the consent of the proprietor to enable a registration and avoid revocation for non-use. 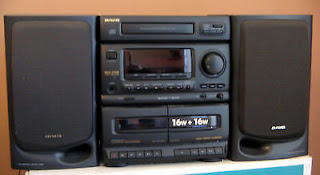 Aiwa was founded in 1951 and was once a well-known global brand of audio products such as speakers, boomboxes and stereo systems. In the late 1990s the company became unproftinable, it was bought out by Sony in 2003, but continued to be unsuccessful and there have been no retail sales of new goods using that mark since 2008, although it was still used in relation to spare parts and second hand sales. In 2016, Hale Devices Inc. acquired the Aiwa trade marks for the US, changed its name to Aiwa Corporation and marketed a speaker under the Aiwa brand.

In 2017 a Japanese company called Towada Audio acquired Sony's AIWA trade mark portfolio and changed its name to Aiwa Co Ltd in order to re-establish the brand. Aiwa Corporation filed its own application to register an Aiwa mark in July 2017 and Aiwa Limited opposed the registration based on its already registered marks. Aiwa Corporation commenced revocation proceedings based on non-use of Aiwa Ltd's registered marks for a five year period. The main question which the hearing officer addressed was whether the evidence of second-hand sales of Aiwa products, and some other lesser alleged use, amounted to use which stood in the way of revocation or as a counter to the new registration sought by Aiwa Corporation. The hearing officer concluded that no genuine use with the consent of the owner had been shown in respect of any of the claimed goods and services so far as second-hand sales were concerned, and that other alleged use was not genuine use. He ordered the revocation of Aiwa Ltd's marks and dismissed the opposition to the registration of Aiwa Corporation's new marks.

Aiwa Ltd appealed on the grounds that the hearing officer erred in making a simple unreasoned finding that there was no relevant use with the consent of the proprietor, arguing that there was consent to genuine use, when looking at the facts and law properly.

In the present case, Mr Justice Mann agreed the approach of the hearing officer was erroneous. He stated that there are two elements to non-use – first, genuine use, and second, use by the proprietor or with its consent, such as demonstrated in the case of London Taxi where the only potential user was the proprietor [IPKat posts here and here]. As such, the hearing officer should have considered these elements separately and not assumed that the absence of proprietorial consent automatically meant that there was no genuine use. Therefore, the decision could not stand, and the matters were reconsidered.

Both parties agreed that there was no express consent but the Applicant argued that there was implied consent (relimg on The Sunrider Corp v OHIM EU Case T-203/02 as establishing that implied consent would qualify). Further, that the concept and nature of consent was the same whether the question was non-use, exhaustion of rights or infringement, relying on Einstein Trade Mark [2007] RPC 23. Therefore, they argued that when Sony Corporation put its marked goods on the market in the UK it exhausted its rights which involved implied consent to onward sales in the UK, with the result that sales could take place thereafter without infringement. Moreover, that implied consent to onward sales was a consent to genuine use of the mark in the course of onward sales, including second-hand sales.

The Respondent disputed this line of reasoning and the end result, focusing on the nature of the required consent; arguing that whilst only implied consent could quality (in the absence of express consent), there was no implied consent to subsequent sales for these purposes.

The court stated that consent is relevant to the arising of the "exhaustion" of the rights but once exhaustion has happened, the proprietor cannot complain about 'infringements' of their marks in relation to goods to which the marks are properly applied - not because there was consent but but because they have no more rights in relation to those goods – since the rights are exhausted. The provisions of which are not phrased in terms of consent – they are phrased in terms of not being able to claim infringement or not being able to prohibit the use of the mark.

Accordingly, the part of the case on consent failed. In relation to after-sales-services provided by Sony Corporation and various activities by Aiwa Ltd, those were acts of the proprietors and therefore were considered under the heading of genuine use.

Arnold J helpfully summarised the principles on "genuine use" at in London Taxi [Although that case was the subject of an appeal, the Court of Appeal agreed with Arnold on this point without any comment on his reasoning or analysis] :

4.  Use of the mark must relate to goods or services which are already marketed or which are about to be marketed and for which preparations to secure customers are under way, particularly in the form of advertising campaigns: Ansul [2003] R.P.C. 40 at [37]. Internal use by the proprietor does not suffice: Ansul at [37]; Verein [2009] ETMR 14 at [14]. Nor does the distribution of promotional items as a reward for the purchase of other goods and to encourage the sale of the latter: Silberquelle [2009] ETMR 28 at [20]–[21]. But use by a non-profit making association can constitute genuine use: Verein at [16]–[23].

7.  Use of the mark need not always be quantitatively significant for it to be deemed genuine. Even minimal use may qualify as genuine use if it is deemed to be justified in the economic sector concerned for the purpose of creating or preserving market share for the relevant goods or services. For example, use of the mark by a single client which imports the relevant goods can be sufficient to demonstrate that such use is genuine, if it appears that the import operation has a genuine commercial justification for the proprietor. Thus there is no de minimis rule: Ansul [2003] R.P.C. 40 at [39]; La Mer [2004] FSR 38 at [21], [24] and [25]; Sunrider [2006] ECR I-4237 at [72]; Leno Merken [2013] ETMR 16 at [55].

8. It is not the case that every proven commercial use of the mark may automatically be deemed to constitute genuine use: Reber EU:C:2014:2089 at [32].

In the present case, Mr Justice Mann emphasised that it was not possible to come to a general conclusion as to whether all second-hand sales of branded goods amount to genuine use of a mark for the purposes of revocation or preserving the mark in opposition proceedings. Each case will depend on its own facts (though many sets of facts will be similar, although it would be likely that the facts of the present case would be typical of most others). Therefore, he confined the findings to the present case, while acknowledging that they may have parallel applications in other situations.

The Court accepted Mr Richard Davis submission for the appellant, Aiwa Ltd, that the appearance of the mark on second-hand goods was capable of performing that part of the function of a trade mark which involves distinguishing goods originating from Sony Corporation from other goods. However, Mr Justice Mann stated that this would not be enough, as it would mean that virtually any second-hand sale without more was a genuine use of the mark. Therefore, the Court was unable to find that the level and nature of activity generated in relation to second-hand sales was capable of maintaining a market share for goods bearing the mark or was such that it preserved an outlet for the goods or services that bear the mark.

The evidence of advertisement and second-hand sales were considered advertising and selling goods which had been marketed some time before when the original purpose was fulfilled, and there was no relevant market share to maintain any more. Thereofr,e it was impossible to see how Arnold J's criteria set out in London Taxi were fulfilled on the facts of these advertisements and sales, particularly as the sales were by persons other than the proprietor and the level of second-hand sales gave little or no support to the averment of genuine use. As such, there was no genuine use and although the Court’s reasoning was not the same as the hearing officer's, it also found that there was no genuine use with the consent of the proprietor, and the appeal was dismissed.

Reviewed by Hayleigh Bosher on Tuesday, January 07, 2020 Rating: 5
The IPKat licenses the use of its blog posts under a Creative Commons Attribution-Non Commercial Licence.