Another decision on AI-generated work in China: Is it a Work of Legal Entities?

Kan He Wednesday, January 29, 2020 - #IPKat, Artificial Intelligence, copyright, Dreamwriter, Kan He, Nanshan District Court of Guangzhou Province, Tencent Beijing
Three months ago, this Kat discussed the Feilin v. Baidu case (here), where the Beijing High Court addressed the copyright issues of an AI-generated work. In that case, the court held that the AI-generated work in question could not be protected under copyright law, but would/might (?) be entitled to other forms of protection. 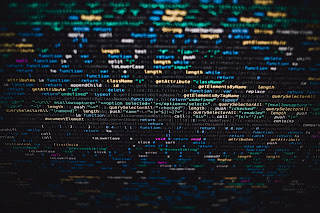 The ushering in of 2020 brought another gift to the IP community - the Shenzhen Tencent v Yinxun case, heard before the Nanshan District Court of Guangzhou Province. The court ruled that a work generated/created by an AI system was a literary work protected under copyright law. Since the work was the result of activities carried out on behalf of the plaintiff (Article 11 of PRC Copyright Law), the plaintiff, as a legal entity, would be deemed the author of the work. Accordingly, the plaintiff would be entitled to copyright protection of the work.

‘Dreamwriter’, a piece of software developed by Tencent Technology (Beijing) Ltd (Tencent Beijing), is an intelligent writing assistance system. Tencent Beijing licensed this software to Shenzhen Tencent Computer Technology Co., Ltd (Shenzhen Tencent, the plaintiff). On 20 August 2018, the plaintiff published an article in the financial field on the Tencent Stock website. The end of the article stated that: “this article is automatically written by the Tencent’s robot ‘Dreamwriter’ [following the guidance provided by the Feilin v. Baidu decision?] The defendant, Yinxun, was alleged to have copied the article without the consent of the plaintiff, as well as making the article available to the public on its website.

The plaintiff described the manner of creation of the article as follows (later confirmed by the court). The operational group organised by the plaintiff [we shall call it the “creating group”] ran the software ‘Dreamwriter’. The process of creation of the article by means of the software consists of four phases, namely, data collection triggering and writing, checking, and distributing.

The data service module of the software formulates a ready-for-test database in a specific format by analysing the collected data with the machine learning algorithm. The triggering module then assesses whether the content in the ready-for-test database meets the requirement of generating an article according to the set trigger conditions and rule engine. When the content satisfies the trigger conditions, it will be sent to the writing engine. The writing engine then writes the article with the template after double-checking the data. The review module proofreads and checks the article. Finally, the smart distributing module distributes the article to relevant online platforms.

In all these phases, the creating group selects and arranges the input of the data type, the process of the data format, the setting of the trigger condition, the selection of templates of the article structure, the setting of language resource, and the training of the intelligent checking algorithm model.

The plaintiff claimed that the work was created under the supervision of the plaintiff, which was responsible for its organisation and creation and bore all liability arising therefrom. As such, they argued, under Chinese copyright law, the plaintiff should be deemed the author of the article and therefore be entitled to exclusive rights under copyright law.

In assessing the originality of the work, the court examined: (1) whether the work was created independently; and (2) whether the appearance of the work was sufficiently different from any existing work, or that it would at least contain minimum creativity. The court held that the article met the formal requirements of a literary work on the basis of its appearance. The contents of the article reflected the selection, analysis and judgment of the data and information in the stock market on that day. The court also stated that the article’s structure was reasonable and its expression logical and clear. In this sense, therefore, it was original.

The court then determined whether the process of creation of the article revealed the individual choice, judgement and skill of the creator. The court noted that the difference between how this article was created - in comparison with the typical way an article is composed - resided in the fact that there was a time gap between the acts of selection and arrangement carried out by the creating group and the actual act of writing executed by the software ‘Dreamwriter’, with this lack of synchronicity a function of the technical means used by the plaintiff.

Nonetheless, the selection of the contents by the creating group met the requirement of creation under the copyright law. The test was ultimately whether such selection and arrangement was an act of intellectual activity and whether such activity had a direct connection with the specific expression of the work. The court ruled that the answers were both “yes”. The operation of the algorithm merely gave technical effect to the creative work of the group. The creating group input the data, set up the trigger conditions, and chose and arranged templates and resources. These activities directly related to the creation of the article.

Therefore, from both the appearance of the article and its process of creation, the expression of the article came from the individual choice and arrangement of the creating group. As such, it is protected by copyright.

As for the question of authorship, the court ruled that the article resulted from the use by the creating group of the software. It noted further as follows.

Based on these reasons and without evidence to the contrary, the article was a work of legal entities as defined in Article 11 of Copyright Law. As such, the plaintiff would be deemed the author of the article and thereby be entitled to copyright.

Given the foregoing, the court found the defendant liable for infringement by making this work available to the public on the Internet, and awarded the plaintiff 1500 RMB (approximately $250 US dollars).

Like the Beijing court’s opinion in the Feilin v. Baidu case, the Guangzhou court refused to accept the notion that a work created/generated solely by software was protectable under copyright, because it was not reasonable to treat a computer or software as an author. Both of the courts sought to find human intervention in the creative process.

However, the Guangzhou court proposed some new thoughts on the issue. Interestingly, it viewed an AI-generated work as an integrated intellectual creation, deriving both from the contribution by the creating group and the operation of the AI software.

Regarding the human element, the output of their work justified treating it as protected by copyright.  In addition, while there is a time gap between the selection and arrangement of the data and template by the creating group and the generation of the article, the court treated the time gap merely as the result of a technical process. This did not prevent the court from viewing these contents as constituting an integrated process of creation.

However, some caution is warranted. Following this line of thought, if the process of creation of an AI-generated work involve any human intellectual intervention, then, in principle, based on this rationale, any such work could be protected under copyright law. One wonders if this would open the legal door too widely…?
Another decision on AI-generated work in China: Is it a Work of Legal Entities?

Reviewed by Kan He on Wednesday, January 29, 2020 Rating: 5
The IPKat licenses the use of its blog posts under a Creative Commons Attribution-Non Commercial Licence.