Alex Woolgar Thursday, April 02, 2020 - #trade mark, #trade marks, appeal, Appointed Person, UKIPO
We are delighted to host this guest post from Ian Gill, who has been combing through recent decisions by the Appointed Person, one of the two routes of appeal in respect of trade mark and (more rarely) design decisions made by the UK Intellectual Property Office...

The odds are not good. In the first two months of 2020 there have been 21 published decisions from the Appointed Person in the UK – that compares with just over 40 in the whole of 2019.  However of those 21 appeals only three were successful and only one actually resulted in a material change to the first instance outcome.

There are two main reasons why so many appeals are unsuccessful. First, the quality of decision making by the UK IPO at first instance is very high and, second, many appellants appear to misunderstand the standard of the appeal process.

One potential route to a success might be the Hearing Officer’s decision in the interests of procedural economy not to decide on all aspects of the case. In, say, an opposition which relies on a number of different earlier registered rights the Hearing Officer might select the “best case” of the Opponent, analyse that in detail, and if that does not succeed then the Hearing Officer might decide not to look at the other weaker rights. These issues were considered in BE INSPIRED GYMS O/203/19 by Daniel Alexander QC in which, in brief, it is indicated that it is sensible for the Hearing Officer to determine all the issues, even if only briefly, but it is accepted that in some situations there may be strong justification for not wasting resources on further grounds.

The Hearing Officer’s incorrect selection of the “best case” under s. 5(2)(b) Trade Marks Act 1994 was the subject of a successful appeal brought by HM Publishers Holdings Limited and Macmillian Publishers Limited against applications in the name of Nature Research Society - O/080/20. The Opponents relied on an earlier registration of stylised mark

to oppose the mark NATURE RESEARCH SOCIETY. Both the registration and the application covered publishing services, but the very low level of distinctive character of earlier mark led the Hearing Officer to the conclusion that there was no likelihood of confusion. The Hearing Officer’s conclusion relating to the distinctive character of the earlier mark came from an assessment that the average consumer would believe that the term “nature research” would be seen as describing the field of activity and hence the distinctive character of the earlier mark, such that it is, must lie in the conjoining of the words and the colour contrast. Amanda Michaels, acting as the Appointed Person, upheld that part of the decision but agreed with the Appellant that there were other services in the opposed application which had no relevance to nature or research, such as music publishing. By confining his analysis to the “strongest” case where the services were identical the Hearing Officer did not consider the whole of the Applicant’s specification. Ms Michaels reassessed the likelihood of confusion and rejected the application for a small number of services which had no relation to nature or research. It should be noted that whilst this aspect of the appeal was successful it did nothing to limit the Applicant’s application in so far as it concerned the publishing services of most interest to the Opponent.  The Appeal also succeeded in part in relation to s. 5(3) as the Hearing Officer confined his analysis to the

mark and did not separately consider the objection under s. 5(3) based on the more famous NATURE mark – in that respect the case was remitted back to the Registry.

Even if you can find an appealable error in a decision it does not follow that you will succeed in the appeal. In the Lifes Nutrients decision O/075/20 James Mellor QC accepted that the Hearing Officer made a number of material errors and particularly he was wrong to conclude that the marks 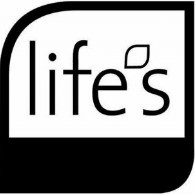 Incorrect assessment of evidence of reputation and misrepresentation

Phillip Johnson was the Appointed Person in the Spirit Energy case O/034/20 where the decision at first instance was successfully overturned. The Hearing Officer refused an application to register the mark SPIRIT ENERGY in a plain word and device format based on ss. 5(3) and 5(4)(a). The opposition under ss. (5)(2)(b) and 3(6) failed. [You might already be raising a legal eyebrow at this decision as it is almost always the case that an opposition under 5(4)(a) follows the decision under s. (5)(2).] The Applicant appealed the decisions under ss. 5(3) and 5(4)(a) and Opponent cross-appealed under s. 5(3), seeking this ground to be upheld on additional different grounds, and section 5(2)(b). The Hearing Officer erred in her assessment of the evidence and Mr Johnson found that the Opponent’s mark was not known by a significant part of the relevant public. In particular the evidence was without context so it was not possible to tell whether the customer numbers, turnover etc. were large or small for the industry in question. This issue was compounded by the fact that the Hearing Officer did not clearly identify the relevant public and it was necessary to assume that this group was the public at large rather than a smaller group. Absent a reputation the s. 5(3) claim failed. In relation to s. 5(4)(a), the evidence did support a claim to passing off but the Hearing Officer was wrong in relation to her assessment of misrepresentation. Looking back to the standard of appeal, and looking at the spectrum of respect of the decision of the Hearing Officer, it is relatively unusual to find the Appointed Person interfering with the Hearing Officer’s assessment of evidence.

Reviewed by Alex Woolgar on Thursday, April 02, 2020 Rating: 5
The IPKat licenses the use of its blog posts under a Creative Commons Attribution-Non Commercial Licence.