Verónica Rodríguez Arguijo Tuesday, April 07, 2020 - AH1N1, compulsory licences, compulsory licenses, COVID-19, Guest post, Mexico, pandemic, patents, swine flu
The IPKat recently reported, here, on taken measures by the Israeli government to order the equivalent of a compulsory license to enable local companies to make use of the inventions in the search for effective treatment of the COVID-19 virus. Kat friends Alejandro Luna and Portia Guidotti (Olivares) consider how Mexico successfully controlled a pandemic virus in the past, without the need for compulsory licenses. 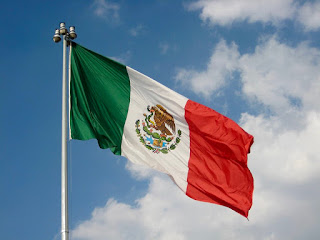 In 2009, Mexico battled an outbreak of a new strain of influenza, the AH1N1 disease, also known as swine flu. The first symptoms appeared in the country at the beginning of April 2009 and, sometime thereafter, two already marketed medicines indicated for influenza, TAMIFLU® (OSELTAMIVIR) and RELENZA® (ZANAMIVIR), were found to be effective against the disease. The government imposed tight measures across the country. Millions of face masks were handed out to citizens and Mexico City carried out a 10-day quarantine.

Eleven years later, we are in the midst of the COVID-19 crisis. COVID-19, contrary to AH1N1, is a coronavirus, rather than a strain of influenza. For this reason, we still know relatively little about the disease and although a vaccine is currently in the early stages of clinical trials, to date, no treatment has been identified and universally agreed-upon.

There is evidence that medicines currently indicated and marketed for other diseases might be effective in the treatment of the COVID-19 disease. The majority are still in the experimentation stage, but the results appear to be positive. REMDESIVIR, which was tried only on a few patients in Wuhan, seemed to work well. CLOROQUINA, a treatment for malaria, has been shown to be useful for the treatment of serious cases of pneumonia. LOPINAVIR, a treatment for HIV, has proved to be useful. FAVIPIRAVIR has also shown positive results.

Some of these products are currently patent-protected or are in the process of obtaining protection, while others are already in the public domain. There is concern that if they are approved as treatments for the COVID-19 virus, and there is a shortage of supply, third party pharmaceutical companies will not be able to produce the medicine without infringing the patent. This could deter these third-party companies from producing the medicine to combat the shortage in the fear of facing an infringement action.

The Mexican Industrial Property Law provides for the grant of compulsory licenses in the event of a national emergency, such as a serious disease as declared by the General Health Council. This law helps protect against the risk that patent protection will hinder the production and/or supply of drugs in the event of a health crisis.

According to Article 77 of the Industrial Property Law and Article 55 of its Regulations, the following conditions inter alia must be met for the grant of a compulsory license: 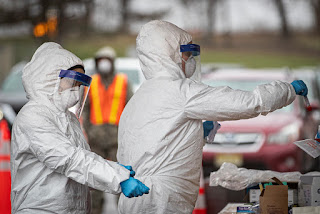 In the 2009 AH1N1 crisis, there were facts that could have led to the grant of compulsory licenses for the public benefit. In April 2009, the World Health Organization (WHO) raised its alert level for the AH1N1 crisis from phase four to phase five, signalling that a pandemic was imminent. At that time, there were already two available treatments for the AH1N1 disease.

Nonetheless, the requirements for compulsory licenses were not met, as there was nothing that indicated that the patent holders were unable to supply to drugs, that they had set prices too high or that they were blocking distribution. The General Health Council also had not published a declaration of emergency in the Official Gazette.

There are signs that the COVID-19 pandemic is more serious and advanced. It has already been declared a pandemic by the WHO. Currently, there is no universally accepted treatment or cure.

There has been no precedent for a compulsory license being granted in Mexico, despite coming close during the pandemic of the AH1N1 disease. If a universal treatment for COVID-19 does become available and if it is protected by patents, the hope is that, similarly, such treatment will not be in short supply and therefore compulsory licenses will not be necessary.

There are also other mechanisms that were used in 2009 that avoided the need for compulsory licenses, such as free licenses, patents dedicated to the public and pandemic pricing. Whether the current circumstances will lead to a different result under the provisions of the Mexican compulsory license provisions merits close attention.

Reviewed by Verónica Rodríguez Arguijo on Tuesday, April 07, 2020 Rating: 5
The IPKat licenses the use of its blog posts under a Creative Commons Attribution-Non Commercial Licence.