Fire helmets: Moses lays down the law; Teeth continue to bite the dust

The Court of Appeal for England and Wales, in a decision given last Friday by Lord Justice Moses on behalf of the Court (which also included May and Lloyd LJJ), has held that an employee was not in breach of any fiduciary obligation to his ex-employer by setting up a competitor: his own preparatory activity could not be described as competitive activity in the context of his employment and his employer had not restricted his freedom to prepare for future competition on his departure. This ruling is in Helmet Integrated Systems Ltd v Mitchell Tunnard and others [2006] EWCA Civ 1735, reported here on BAILII.

Helmet made and sold protective equipment, including a popular fire fighters' helmet. Tunnard, a senior salesman for Helmet, was required to advise Helmet on the activities and prices of its competitors. In the period leading up to his resignation, Tunnard started developing the idea of a protective helmet which he believed Helmet would not be interested in making. He had drawings prepared and received finance through an award scheme. After leaving Helmet, Tunnard set up a company in which one of Helmet's competitors took a major shareholding. 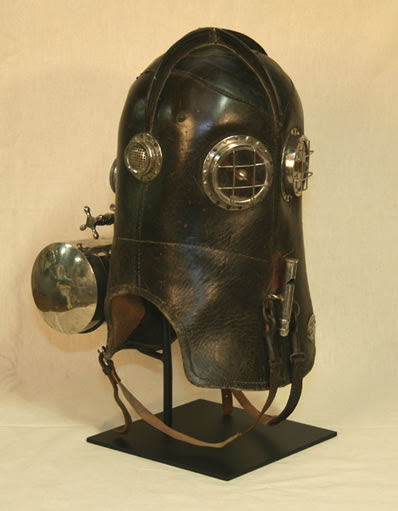 Helmet, none too pleased about all this, alleged that Tunnard had (i) breached his duty of fidelity by developing a safety helmet that competed with its own and (ii) breached his fiduciary duties in failing to report his activities while still employed by Helmet. The trial judge rejected these claims, concluding that Tunnard's actions were no more than preparatory to competitive activity. Helmet appealed, arguing that the judge had failed to spot the fiduciary duty owed by Tunnard or to notice that both that duty and his duty of fidelity had been breached. According to Helmet, Tunnard was obliged to advise on competitors' activity and that, since Helmet depended upon the unsupervised fulfilment of Tunnard's obligation, Tunnard owed a duty as a fiduciary.

The Court of Appeal dismissed Helmet's appeal. In its view

* The duty of good faith and loyalty owed by every employee should not be confused with a fiduciary obligation.

* Since Tunnard's activities would have amounted to competitive activity if they were done by a competitor, he owed an obligation as a fiduciary not to misuse information about such activity for his own benefit or for the benefit of someone other than Helmet.

* It did not however follow from this that he was under any obligation, fiduciary or otherwise, to tell Helmet about his own activities: the words of his job specification did not restrict his freedom to prepare for competition on leaving and he was under no relevant fiduciary obligation to Helmet.

Right: the IPKat found this little gem on www.joe-ks.com

* When he started work for Helmet, Tunnard was entitled to believe that he could, subject to his obligations as to notice, leave when he wanted and work in competition with Helmet. He was entitled to take preparatory steps before leaving, in order to assess the viability of any potential competitive activity.

* Clear words are needed if an employer is to restrict the ordinary freedom of an employee who considers quitting his employment and setting up in competition with his former employer.

* Tunnard owed no fiduciary obligations in relation to the development of a preliminary concept for a new helmet and was not in any event in breach of any such obligation by seeking to raise funds for such a project while still in employment.

The IPKat notes that Helmet did not appear to press any argument based on the misuse by Tunnard of any confidential information or privileged access to commercial or technical data. This being so, it was forced to rely on a duty of fidelity and a fiduciary duty - both being duties that the Courts appear unwilling to find to exist where (i) the party relying on them had the opportunity to stipulate its requirements in writing but failed to do so and (ii) enforcement of such a duty would be tantamount to a bar on competition or a restraint of trade. Merpel says, although this looks like a case where prudent drafting would have protected the ex-employer, it's also an instance where prudent drafting would have helped the ex-employee too - it's a classical situation in which the aggrieved former employer will sue even though the outcome is uncertain-to-poor, if only to deter other employees from doing the same thing.

Teeth continue to bite the dust

This was Halliburton's appeal against the decision of Pumfrey J (here , noted by the IPKat here), that its patent for rotary cone drill bits was invalid for insufficiency. This patent, which concerned force balancing, was addressed to persons who wanted both to design and use simulation systems for drill bit design. The patent used a "rock bit computer model" in order to calculate the dynamics of a rotating bit. Halliburton's patent included claims for a method of designing a roller cone bit, calculating the axial forces acting on the bit and adjusting the design until the same axial force acted on each cutting structure when the bit was in operation, as well as for a drill bit in which the axial forces were so balanced. According to Pumfrey J the patent was void for insufficiency because the claims in effect required the addressee to go to the great effort of developing a computer model to carry out the claimed method. The background to the patent's specification mentioned a paper by one Ma, who had developed computer programs predicting and simulating patterns developed by roller cone bits. According to Halliburton the patent's inventive concept was that the motion of the cones and teeth of the bit should be modelled mathematically, as should the forces acting on the bit and its components, so that downward forces on each cone could be balanced as between the cones, implementation of that idea being essentially a matter of producing a usable computer simulation that, even if only approximate, was sufficiently accurate for practical purposes - or at least not so inaccurate as to be useless.

* The person (or in this case the team) skilled in the art would not have enough information to construct a kinematic model of the bit, showing how the various components moved in relation to one other. Simulation of the motion of the cones and the drill bit in such a way that the trajectory of the teeth could be followed would require a vast amount of work in both deriving and calculating the relevant equations. Even though those equations had been published by Ma, this was not part of the prior art and, even if they had been part of the prior art, the amount of work involved in the calculations was massive.

* If what was taught in the patent involved too much work to be reasonable, allowing for all the circumstances including the nature of the art, the patent could not be regarded as an enabling disclosure.

Phew, that's a tough one to blog, says the IPKat, but the principle is sound. His basic rule is this - if it takes longer to work out how to go about putting the patent into effect than it takes to understand what it's about in the first place, it should be void for insufficiency. Merpel says, it's such a nice word, insufficiency, but I just don't seem to find it anywhere in the European Patent Convention ...
Fire helmets: Moses lays down the law; Teeth continue to bite the dust Reviewed by Jeremy on Monday, December 18, 2006 Rating: 5
The IPKat licenses the use of its blog posts under a Creative Commons Attribution-Non Commercial Licence.