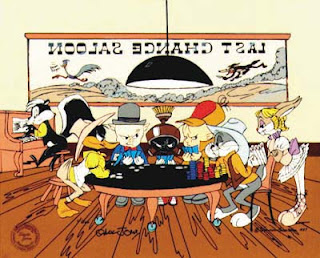 The IPKat is very grateful to Lucy Mathias for sending him this note on Patent Litigation in Europe: the Commission Communication and the EPLA – is this the last chance? This was an AIPPI event on the future of patent litigation which took place on 5 December 2007 at Freshfields Bruckhaus Deringer. Writes Lucy:

The session, chaired by Kevin Mooney (Simmons & Simmons, opened with a brief history of the European patent litigation system. This covered the First Community Patent Convention in 1975, the draft Regulation published by the Commission in July 2000, and the rise and fall of the European Patent Litigation Agreement (the EPLA).

Dr Froehlinger confirmed that the EPLA was beyond resuscitation due to a lack of political support. She emphasised however that this opens the way for the Commission to create a patent litigation system in Europe which will bring together the supporters and opponents of the EPLA. Dr Froehlinger then summarised the main proposals as set out in the Commission working document of 30 October 2007.

Dr Froehlinger addressed whether the proposed Community patent jurisdiction required seats in all member states. She said that the Commission intends through financial incentives to encourage regional chambers. The need for physical proximity could be reduced by video conferencing and chambers could be peripatetic. She added that judges in the UK have confirmed that the UK, Ireland and the Benelux countries are discussing plans for a regional chamber. She countered criticism that local chambers inevitably lack experience, relying on training and the use of a multinational pool of judges.

Language remains a major political constraint on a Community patent jurisdiction. The Commission proposes that, following an initial presumption that the language should be that of the member state in question, courts will be given the power to decide if another language would be more appropriate. Ms Froehlinger indicated that in many cases, particularly with a mulitjurisdictional panel, this will tend to produce a pragmatic solution that is commercially acceptable.

Lastly Dr Froehlinger addressed the controversial issue of bifurcation. The Commission’s aim is to introduce choice and flexibility into the system and she insisted that there would be no imposed bifurcation of validity and infringement proceedings.

Responses from David Rosenberg and Tim Frain focussed on shared concerns, their primary worry being that politics would obstruct the quality of decisions made under the new system. Dr Froehlinger defended the Commission by stating that its primary aim was to ensure the highest quality of decision making. She agreed that states should be dissuaded from having local chambers if that resulted in compromised quality. In an upbeat conclusion she claimed to be optimistic, albeit with the ‘innocence of a newcomer’, and confirmed that the Commission believes that France is hoping to reach an agreement on these proposals under its forthcoming presidency.

A highlight of the lively question-and-answer session following the debate came in a comment from Lord Justice Jacob, in which he noted that the procedural flexibility being given to judges under the proposed regime was to be welcomed, given that judges are sensible people.

Sir Robin also intervened in relation to the proposals for the Community patent, which will require translation of the claims into every Community language. Ms Froehlinger said that imposed less of a burden than it appeared, because the proposal was that the translations be solely informational and that financial incentives would be made available to Member States willing to give up a translation requirement. Sir Robin agreed that purely informational machine translation of claims could provide a satisfactory and cost-effective solution".

The IPKat deprecates the notion of "last chance" when it comes to any area of intellectual property law reform. The decision to abandon efforts is not something that exists in nature: it is the result of an arbitrary consensual process that can be reversed just as easily as it can be made. Merpel agrees: if you want to get a result, just put all the interested parties into a room and tell them that (i) they can't come out till they reach consensus and that (ii) they will be forcibly made to listen to Pachelbel's Canon till they have done so.

Reviewed by Jeremy on Friday, December 14, 2007 Rating: 5
The IPKat licenses the use of its blog posts under a Creative Commons Attribution-Non Commercial Licence.