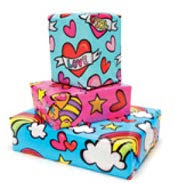 Yet another installment in Boehringer Ingelheim v Swingward and friends (and it's not the last one either). The Court of Appeal's judgment in February adjourned the case, pending the outcome of an Austrian reference to the ECJ concerning repackaging. The parties were left at liberty to apply for an order for costs to date and now they have done so.

The Court of Appeal made the order. Jacob LJ, delivering the leading judgment of the court, said:

"Unfortunately the result of the Austrian reference is still some way off. It is too far away for it to be right for us simply to await that result. We think it right to make a ruling now, but one that allows for the possibility (which we think unlikely) that the reference would make a difference to the result".

Just to add to the difficulties, Dowelhurst has gone into administration, so the Court had to work on the assumption that any costs paid to it would not be returned, even if the Austrian reference meant that a different apportionment was appropriate. Thus Dowelhurst was granted 80% of its costs, with the other 20% payable if the Austrian reference makes no difference to the judgment.
The IPKat says that there's a bigger problem here. On controversial subjects, there's often an ECJ reference waiting around the corner and there's a limbo period where it's known that the judgment is coming, but often it's a very long time off. Part of doing justice is doing it efficiently and with due speed, yet there is the real risk that the law will 'change' in the light of a pending reference. What are the courts to do in this situation? Proceeding isn't satisfactory, but neither is waiting.

Reviewed by Unknown on Friday, August 01, 2008 Rating: 5
The IPKat licenses the use of its blog posts under a Creative Commons Attribution-Non Commercial Licence.