Ainsworth, an expert in vacuum moulding plastics, was the sole director of Shepperton. When Ainsworth was first approached in 1976 with a view to him producing some uniforms for use in the film, he was given some drawings and a clay model. He was later hired to produce various items of uniform for the film, and once again he was given drawings of what these items were supposed to look like.

After the film was made, Ainsworth kept the moulds he had used to create the uniforms and, in 2004, he set up a website from which he started selling replicas, created from the original moulds. This enterprising activity caught the attention of the claimants, who sued Ainsworth for copyright infringement in the United States where they secured a default judgment, Ainsworth taking no active part in the proceedings other than to challenge the jurisdiction of the US court. Hacing secured a favourable judgment, the claimants sued in the United Kingdom alleging, inter alia, that Ainsworth had infringed UK copyright laws. Additionally they sought to enforce the US judgment or, if the court refused, to get the UK court to determine its claims under US copyright law.

In these proceedings before Mann J various issues fell to be determined, including the following: (i) did Ainsworth copy material that was protected by copyright? (ii) if he did, were the uniforms artistic works - i.e. sculptures or works of artistic craftsmanship - and were they therefore capable of infringing any copyright vested in the claimants? (iii) was the US judgment enforceable against in the English courts? (iv) if it wasn't, were the allegations of US copyright infringement justiciable in the English courts? (v) if those allegations were justiciable, should the court exercise its jurisdiction be exercised in this case? and (vi) had the US infringement claims been made out?

From this complex web of copyright issues Mann J, holding for Ainworth on all points except the enforcement of the US copyright infringement claim, ruled as follows:

* while there were no hard and fast rules for determining whether an object was a sculpture for the purposes of copyright law, a number of factors fell to be considered. These included the normal understanding of the word "sculpture" and the fact that it was part of the essence of a sculpture that it should have a visual appeal in the sense that it could be enjoyed for that purpose alone. It did not matter that the object in question had some other use. Even so, none of the items of uniform in this case were "sculptures" since they lacked the necessary quality of artistic creation. 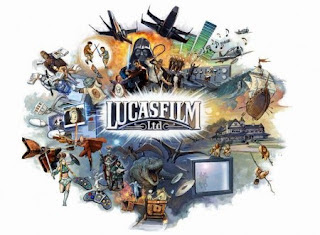 * the objects in dispute were not works of artistic craftsmanship since it was no part of their purpose that they should in any way appeal as a piece of art.

* this being so, even if the copyright in the designs vested in the claimants, section 51(1) of the Copyright Designs and Patents Act 1988 operated so as to bar a copyright claim since it provided that "It is not an infringement of any copyright in a design document or model recording or embodying a design for anything other than an artistic work or a typeface to make an article to the design or to copy an article made to the design".

* it was well established that a foreign judgment against an individual would be enforced by the English courts if that individual had manifested a sufficient physical presence in the foreign court to justify the conclusion that he had rendered himself amenable to that foreign court, or that he owed some form of allegiance necessary to make it right that he be treated as amenable. Enforceability of a foreign judgment could not be established merely by showing that the individual was trading into that foreign country by remote means such as the internet, no matter how extensive the trading. This being so, the judgment of the US court was not enforceable against Ainsworth.

Right: "May the force be with you" (from Hooblah) 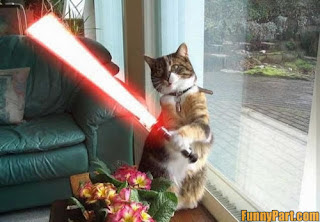 * there was no absolute bar against an English court hearing an action to enforce a foreign copyright in respect of infringements that took place abroad. The English courts could, and in appropriate cases should, determine at least the question of infringement of foreign copyright. In this case, the court should exercise that jurisdiction. The factual issues in the US action were essentially the same as those arising in the UK, the only specifically US copyright law issue being whether Ainsworth could raise a "functional/utilitarian objects" defence. On the evidence, that defence was bound to fail.

The IPKat doubts whether the affirmation by the judge that a UK court may in an appropriate case hear a claim for infringement of a US copyright is likely to have any immediate consequences for the litigation industry in the UK other than where the defendant is engaging in e-trade and refuses to engage in any US litigation.

Reviewed by Jeremy on Monday, August 04, 2008 Rating: 5
The IPKat licenses the use of its blog posts under a Creative Commons Attribution-Non Commercial Licence.