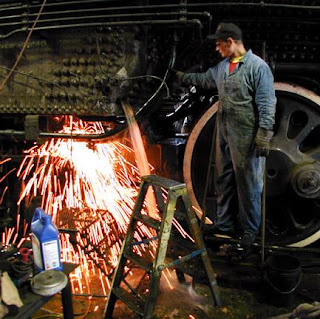 The IPKat is a little slow in reporting this one to his readers, since it was first pointed out to him by an anonymous commenter here, and reported here. The commenter wanted to draw our attention to Oxonica Energy Ltd v Neuftec Ltd [2008] EWHC 2127 (Pat), a recent Patents Court judgment by the ever-eloquent Peter Prescott QC (this Kat remembers his judgment in the matter of CFPH's applications being an unusually good read).

The case relates to a contractual dispute relating to patent and 'know-how' licensing, rather than to patents directly. As such, this Kat is rather less well equipped than normal to comment on the details. However, the judgment does have some interesting and enlightening things to say about IP contracts, and in particular how not to draft them. One lesson in particular is not to rely on boilerplate clauses without knowing what it is they are supposed to do. Mr Prescott sums the whole matter up in the first two paragraphs and, if the reader goes no further than this, the issue can be understood in full if the following is taken to heart:

"How do we interpret a formal commercial agreement if it is ambiguous and we have reason to believe that its draftsman did not have a deep understanding of the relevant law? I think that is what this case is about.

The secret of drafting legal documents was best described by Nicolas Boileau, who was not only a literary critic but a qualified lawyer: "Ce que l'on conçoit bien s'énonce clairement et les mots pour le dire arrivent aisément". What one conceives well can be stated with clarity and the words to say it come easily. We should all have that framed and displayed on our desks. But too often the opposite precept is followed. Bits of legal boilerplate are bolted together so that it is the words that are allowed to shape the concept instead of the other way round. In that regard the invention of the word processor has worked wonders. Sometimes, I fear, it has dispensed with the 'concept' altogether. Misfortune not infrequently follows."

Without going into the details of the case (which the IPKat's readers can peruse at their leisure), the clear message from it appears to be that if the person drafting the contract does not understand exactly what it is they are drafting the contract to do, there is little hope that it will do what the parties think it should do. The same rule must apply to any type of contract, including patent specifications (this Kat's speciality, of course), being contracts between one party (the applicant) and the rest of the world. As with commercial contracts between two parties, a well drafted document might cost a few thousand pounds, but a badly drafted one could cost millions.
Oxonica v Neuftec: flawed boilerplates

Reviewed by David Pearce on Thursday, September 11, 2008 Rating: 5
The IPKat licenses the use of its blog posts under a Creative Commons Attribution-Non Commercial Licence.