Proposal to remove branding from cigarettes 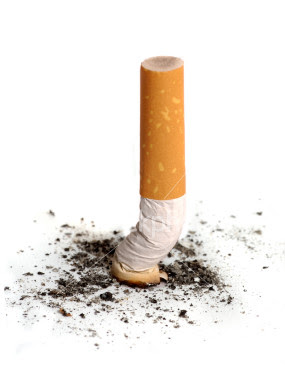 The IPKat was interested to read in the Daily Telegraph that the governing is considering calls from the cancer charity, Cancer Research UK, for cigarettes to only be sold in plain black and white packaging, without branding. This follows research which has found that the likelihood of a child taking up smoking increases by 35% for each cigarette brand that he knows.
According to Professor Gerard Hastings, director of social marketing at the University of Stirling, who led the research:

'We know that the younger you are when you start smoking the harder it is to quit...Our research shows that the point of sale displays allow tobacco companies to package and market cigarettes with powerful brand imagery to entice new smokers. This turns the pack, or 'silent salesman', into a small advertisement and the wall of cigarettes into a big one'.

The IPKat is no fan of smoking, and would back any move which prevents young people from takng up the habit. As a trade mark lawyer, he finds the proposal intriguing. This would be as close to an undifferentiated market for goods provided by multiple suppliers as we're likely to get - will the market collapse, as economists seem to predict in such situations, or which it remain vibrant thanks to the images built up by previous advertising and mythology surrounding the different brands?
Proposal to remove branding from cigarettes Reviewed by Unknown on Friday, September 05, 2008 Rating: 5
The IPKat licenses the use of its blog posts under a Creative Commons Attribution-Non Commercial Licence.