Google AdWords -- the wait is over 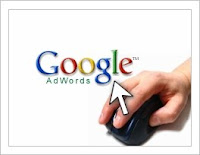 This morning the IPKat rejoices that the wait is over for the initially expedited and subsequently delayed Opinion of the Advocate General in Joined Cases C-236 to 238/08 Google France, Google Inc. v Louis Vuitton Malletier, a reference for a preliminary ruling from the Cour de Cassation (France) in June of last year. Today's Advocate General is the splendidly-named Luís Miguel Poiares Pessoa Maduro.
The issues giving rise to the three references are summarised succinctly in the report in the Financial Times:

"The case centres on whether Google has the right to sell brand names for Internet search advertising – an important money-spinner for the group.

Companies such as shoe stores, for example, pay Google so their name appears alongside Internet search results for a brand of designer shoes they sell.

Louis Vuitton and others have been fighting such advertising after makers of imitation products piggybacked on those brands in online searches to attract customers".

Today the Advocate General advised the ECJ to rule as follows:

"155. ... (1) The selection by an economic operator, by means of an agreement on paid internet referencing, of a keyword which will trigger, in the event of a request using that word, the display of a link proposing connection to a site operated by that economic operator for the purposes of offering for sale goods or services, and which reproduces or imitates a trade mark registered by a third party and covering identical or similar goods, without the authorisation of the proprietor of that trade mark, does not constitute in itself an infringement of the exclusive right guaranteed to the latter under Article 5 of ... Directive 89/104 ....

(2) Article 5(1)(a) and (b) of Directive 89/104 and Article 9(1)(a) and (b) of Council Regulation ... 40/94 ... must be interpreted as meaning that a trade mark proprietor may not prevent the provider of a paid referencing service from making available to advertisers keywords which reproduce or imitate registered trade marks or from arranging under the referencing agreement for advertising links to sites to be created and favourably displayed, on the basis of those keywords.

"In his Opinion delivered today, Advocate General Poiares Maduro suggests that Google has not committed a trade mark infringement by allowing advertisers to select, in AdWords, keywords corresponding to trade marks. He highlights that the use of the trade marks is limited to the selection of keywords which is internal to AdWords and concerns only Google and the advertisers. When selecting keywords, there is thus no product or service sold to the general public. Such a use cannot therefore be considered as being a use made in relation to goods or services identical or similar to those covered by the trade marks [even if it affects the mark's essential function or damages its goodwill?While this conclusion may be correct in technical legal terms, the whole reason for buying a keyword corresponding to someone else's trade mark is to pitch for the business which internet users look to the trade mark owner to give]. Similarly, advertisers themselves do not commit a trade mark infringement by selecting in Adwords keywords corresponding to trade marks.
By contrast, the Advocate General finds that Google, by displaying ads in response to keywords corresponding to trade marks, establishes a link between those keywords and the sites advertised which sell products identical or similar to those covered by the trade marks. The very same link is established between keywords which correspond to trade marks, and the sites displayed as natural results.
However, in the view of the Advocate General, such a link also does not constitute a trade mark infringement. In effect, the mere display of relevant sites in response to keywords is not enough to establish a risk of confusion on the part of consumers as to the origin of goods or services. Internet users are aware that not only the site of the trade mark owner will appear as a result of a search in Google's search engine [just as shoppers in street markets are aware that not only the legitimate goods of the trade mark owners will be sold there?] and sometimes they may not even be looking for that site. These users will only make an assessment as to the origin of the goods or services advertised on the basis of the content of the ad and by visiting the advertised sites; no assessment will be based solely on the fact that the ads are displayed following the entry of keywords corresponding to trade marks.
The Advocate General then recalls that trade mark rights cannot be construed as classical property rights enabling the trade mark owner to exclude any other use.
Accordingly, internet users' access to information concerning the trade mark should not be limited to or by the trade mark owner even if it involves a trade mark which has a reputation [but the user of the keyword can limit the consumer's access to information by feeding him information about product B when he's searching for product A?]. He notes that many of the sites reached by internet users by entering keywords are perfectly legitimate and lawful even if they are not the sites of the trade mark owner [but no-one's suing them].
Mr. Poiares Maduro also rejects the notion that Google's actual or potential contribution to a trade mark infringement by a third party should constitute an infringement in itself. He opines that instead of being able to prevent, through trade mark protection, any possible use – including many lawful and even desirable uses –, trade mark owners would have to point to specific instances giving rise to Google’s liability in the context of illegal damage to their trade marks.
In this context, the Advocate General finds that both Google's search engine and AdWords constitute information society services. He adds that service providers seeking to benefit from a liability exemption under the E-Commerce Directive should remain neutral as regards the information they carry or host.
However, whilst the search engine is a neutral information vehicle applying objective criteria in order to generate the most relevant sites to the keywords entered, that is not the case with Adwords where Google has a direct pecuniary interest in internet users clicking on the ads' links.
Accordingly, the liability exemption for hosts provided for in the E-Commerce Directive should not apply to the content featured in AdWords".

The IPKat notes the Opinion's tone, which is certainly out of step with the prevalent view of the brand-owning and wealth-creating industries which, struggling to emerge from the economic recession, have been praying for some relief from the death-by-a-thousand-pinpricks which they view AdWords as inflicting on them. Merpel adds, brand owners will certainly take heart from the notion that the internet service provider that is not a mere conduit but sells AdWords has a "pecuniary interest" in it, since this has been a hotly-contested issue in some national litigation. However, it is not known whether the ECJ will agree when it gives its decision (which the Kat expects some time early next year).
Report on the ECJ's hearing here
Press release on today's Opinion here
Early reports on the Advocate General's Opinion by Stephanie Bodoni (Bloomberg) here, from The Financial Times/Reuters here and The Wall Street Journal here
Google AdWords service. What Google says here; what Wikipedia records here
AdWords sucks here
AdWords, parked domains and fraud allegations here
Google AdWords -- the wait is over

Reviewed by Jeremy on Tuesday, September 22, 2009 Rating: 5
The IPKat licenses the use of its blog posts under a Creative Commons Attribution-Non Commercial Licence.