That'll wipe half a smile off your face ... 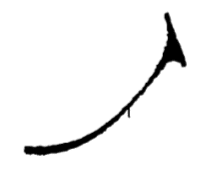 Some people say that the IPKat gets angry too easily at soft targets like the World Intellectual Property Organization and that he's unduly critical of those noble souls who administer IP systems both internationally and on the domestic front. The good news is that the Kat will have a go at what appears to him to be wasted effort, squandered money and poor judgment wherever he finds it. One such instance is Case T‑139/08, The Smiley Company SPRL v Office for Harmonisation in the Internal Market, where it is a Community trade mark applicant who is on the receiving end.

On 14 April 2006, just 13 days after April Fools' day, Franklin Loufrani obtained an international registration, designating the European Community, for the figurative mark depicted above right, in respect of an amusingly eclectic list of items including (among other things), sun dials and ashtrays, urns of precious metal and sacred vessels of precious metal (Class 14), whips, animal collars and sling bags (Class 18) and diaper pants, ear muffs and underwear (Class 25). OHIM was not minded to let this pass, so refused to extend this protection to the world's most valuable market. 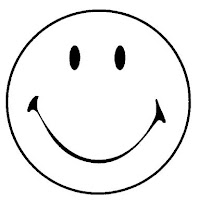 The Fourth Board of Appeal dismissed Loufrani's appeal. In its view the goods in respect of which protection was claimed were common consumer goods, the relevant public was the general public of the Community and , considering that what were involved included ‘items of jewellery, leatherware, clothing and the like’, the relevant public would pay a relatively high degree of attention when choosing those goods. However, the marks was a very simple and ordinary design with an exclusively decorative function, which would not be perceived by the relevant public as a distinctive sign. Loufrani's successor in title, The Smiley Company, appealed further to the Court of First Instance, which this morning dismissed its appeal.

The Court of First Instance was not impressed with the arguments that this mark was distinctive or that it could serve as a trade mark. Describing the mark as being

" ... composed of a curved, ascending line, comparable to a quarter of a circle, under the middle of which there is a small vertical stroke [this either is, or isn't, a printer's whoopsie: if you're the appellant, it's both], and ends, on the right-hand side, with a second short line, almost perpendicular to the first. A vaguely triangular shape marks the intersection of the two main lines. The various elements form a whole",

the Court was unimpressed by its ability to impress:

"31 There is no aspect of the trade mark at issue which may be easily and instantly memorised by an even relatively attentive relevant public and which would make it possible for it to be perceived immediately as an indication of the commercial origin of the goods in question. ... it will be perceived exclusively as a decorative element whether it relates to goods in Class 14 or to those in Classes 18 and 25. Thus, the mark at issue does not make it possible for any of the goods at issue to be distinguished from competing goods.

32 That finding cannot be called into question by the fact that the relevant public is used to perceiving figurative signs that are simply stripes as trade marks or that numerous manufacturers have registered such marks to designate goods in Class 25".

The real nature of the appeal is however revealed in paras 39 to 40: this is an attempt by The Smiley Company to strengthen its claim to the smiley emoticon:

39 Lastly, the argument that the mark at issue is identified by the relevant public as a ‘half smiley mouth’, the smiley itself having been registered as Community trade mark No 517383 [above, left], and that it is therefore distinctive cannot be upheld, even if that argument, which was formulated for the first time before the Court, were to be admissible. As OHIM states, to follow that approach would be tantamount to accepting that every extract from a registered mark and, therefore, every extract from a distinctive mark, is by reason of that fact alone also distinctive for the purposes of Article 7(1)(b) of Regulation No 40/94. That cannot be accepted. The assessment of the distinctive character of a mark for the purposes of that provision must be based on that mark’s ability to distinguish the applicant’s goods or services on the market from goods or services of the same type offered by competitors ... The fact that the mark at issue consists of part of a mark which has already been registered is not relevant in that regard.

The IPKat is really unimpressed with this effort to register the unregistrable, which presumably must have cost a fair amount of money and effort too. To him it looks like a ploy to seek to prevent other would-be users of smiley emoticons from attempting to design around the 'usual' one -- in effect, it's an attempt to monopolise a smile. Merpel says, come now IPKat, you're being quite unfair. The public can be educated over time to recognise pretty well anything as a trade mark if you teach them properly: even if the half-smile isn't registrable now, it can still acquire distinctive character -- and even an application that is doomed to failure sends out a 'keep off the grass' warning to competitors.

More than you ever need to know about smileys here
Smiley's People here
Do cats smile? Here
Can I teach my cat to smile? Here
That'll wipe half a smile off your face ...

Reviewed by Jeremy on Tuesday, September 29, 2009 Rating: 5
The IPKat licenses the use of its blog posts under a Creative Commons Attribution-Non Commercial Licence.