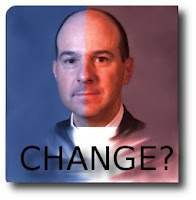 Although some days have passed since David Kappos opened this year's Fordham Intellectual Property Conference, the impression which his keynote address made on me is one of the most powerful and enduring memories of an event which was not short of memorable moments. The US Under Secretary of Commerce for Intellectual Property, who is also Director of the USPTO, is a persuasive performer: his clarity of expression, coupled with his seasoned judgement, combine style and content in a most effective manner.

It seems almost churlish to take issue with a man who is both deeply knowledgeable and experienced within the field over which he exercises his qualities of leadership. However, without in any sense wishing to be iconoclastic or offensive, I feel that it would not be amiss to return to one issue which he raised in his address and on which the conference's traditional limitations of time prevented any lengthy debate: the grace period within which, having publicly disclosed an invention, an inventor in the United States (and, to be fair, in some other countries too) may file a patent application without loss of novelty. 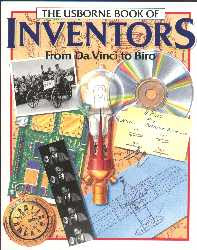 Taking notes at the time, I jotted down the following phrases with which Mr Kappos garlanded the grace period. It was the "gold standard"; it constituted "best practice"; an "incentive to the inventive community", it also "creates employment". While a brief address cannot be expected to furnish either a raft of reasoning or reams of statistical evidence on which to base such claims, it seemed to me that these propositions were articulated as self-evident truths which admit of no contrary position.

If Mr Kappos is correct, then some big questions must be asked of all those very many countries in the world, including those of the European Patent Organisation, which do not -- through choice and the careful weighing of options -- provide a similar grace period. If the self-evident virtue of the grace period is there for all to see, by what stroke of wilful blindness or failure of comprehension do these other regimes persist in ignoring it? How have the businesses based in those countries, as well as US entities trading outside the grace period zone, managed to cope with the inconvenience?

These questions are no mere academic trifle. Mr Kappos has affirmed the commitment of his government and of his office to increased levels of legal harmonisation and practical cooperation throughout the world. It appears, though, that these advances are conditional upon all the non-grace-period regimes marching in step with the United States.

The present trend in IP circles is to call for law reform proposals to be evidence-based where possible (the UK's Strategic Advisory Board for Intellectual Property Policy -- SABIP -- is particularly enthusiastic in this regard, to its credit). Now here is an issue concerning which there must be evidence in abundance, so long as we can agree on the criteria by which it is culled and then evaluated. If a genuine will to achieve greater harmonisation and cooperation exists on all sides, and there is no objection founded in professional politics or self-interest, a trial and evidence-based evaluation of the two systems should be the next item on the patent reform agenda.

Reviewed by Jeremy on Tuesday, April 13, 2010 Rating: 5
The IPKat licenses the use of its blog posts under a Creative Commons Attribution-Non Commercial Licence.