Tufty the Cat Wednesday, May 12, 2010 - enlarged board, epo, software patents 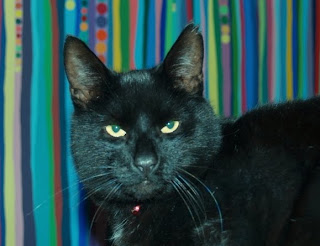 Back in October 2008, the IPKat reported on a referral that had been made by the EPO President Alison Brimelow to the Enlarged Board of Appeal on the subject of patents for computer-implemented inventions (or software patents for short). The issue has been commented on extensively, both here and elsewhere, and many observations (or 'amicus briefs', if you prefer) were filed in response to the referral.

At least two of the IPKat's amanuenses, including myself, as well as some more eminent people including Lord Hoffmann (see here and here) came to the conclusion that the referral was inadmissible, for the simple reason that there was in fact no divergence in the current EPO case law.

The Enlarged Board has now issued their decision, as announced on the EPO website here, with the full decision available here.  Unsurprisingly (to me, at least), they have found the questions to be wholly inadmissible.  The decision in full runs to 61 pages, but the key points are in the headnotes, which state (with some of my comments and emphasis added):

"1. In exercising his or her right of referral a President of the EPO is entitled to make full use of the discretion granted by Article 112(1)(b) EPC, even if his or her appreciation of the need for a referral has changed after a relatively short time [This refers to the refusal by the previous EPO President, Alain Pompidou, to consider the questions raised by the UK Court of Appeal in Aerotel/Macrossan.  For more on this, see the IPKat's post here].

2. Different decisions by a single Technical Board of Appeal in differing compositions may be the basis of an admissible referral by the President of the EPO of a point of law to the Enlarged Board of Appeal pursuant to Article 112(1)(b) EPC.

3. As the wording of Article 112(1)(b) EPC is not clear with respect to the meaning of “different/abweichende/divergent” decisions the provision has to be interpreted in the light of its object and purpose according to Article 31 of the Vienna Convention on the Law of Treaties (VCLT). The purpose of the referral right under 112(1)(b) EPC is to establish uniformity of law within the European patent system. Having regard to this purpose of the presidential right to refer legal questions to the Enlarged Board of Appeal the notion “different decisions” has to be understood restrictively in the sense of “conflicting decisions”.

4. The notion of legal development is an additional factor which must be carefully considered when interpreting the notion of “different decision” in Article 112(1)(b) EPC. Development of the law is an essential aspect of its application, whatever method of interpretation is applied, and is therefore inherent in all judicial activity. Consequently, legal development as such cannot on its own form the basis for a referral, only because case law in new legal and/or technical fields does not always develop in linear fashion, and earlier approaches may be abandoned or modified [Tufty says: This is the key point.  As the Technical Board has stated, in for example T 1227/05, they need to be able to take into account technical developments to develop their case law on patentability.  This does not mean that later decisions become "conflicting" just because they depart from older case law, a point that the President did not seem to realise at the time of the referral].

5. Legal rulings are characterised not by their verdicts, but by their grounds. The Enlarged Board of Appeal may thus take obiter dicta into account in examining whether two decisions satisfy the requirements of Article 112(1)(b) EPC.

6. T 424/03, Microsoft does deviate from a view expressed in T 1173/97, IBM, concerning whether a claim to a program on a computer-readable medium necessarily avoids exclusion from patentability under Article 52(2) EPC. However this is a legitimate development of the case law and there is no divergence which would make the referral of this point to the Enlarged Board of Appeal by the President admissible.

7. The Enlarged Board of Appeal cannot identify any other inconsistencies between the grounds of the decisions which the referral by the President alleges are divergent. The referral is therefore inadmissible under Article 112(1)(b) EPC."

After reading the headnotes, it seems that there is no need to go any further.  There is, of course, some extensive discussion about why the questions raised are inadmissible.  The EBA have arrived at the same conclusions, although via slightly different routes and at much greater length, to me.  A further key point, however, is made at 7.2.7, where the EBA states:


"Given its object and purpose, the right of referral does not extend to allowing the President, for whatever reason, to use an Enlarged Board referral as a means of replacing Board of Appeal rulings on CII patentability with the decision of a putatively higher instance. For example, a presidential referral is not admissible merely because the European Parliament and Council have failed to adopt a directive on CII patenting or because consistent Board rulings are called into question by a vocal lobby (cf. the present referral, page 2, Section 1, paragraph 3). Even the essentially commendable desire for harmonisation expressed by Lord Justice Jacob in the Aerotel/Macrossan judgment can be taken up by the Enlarged Board only to the extent possible under the EPC, even if his suggestion might significantly advance the cause of legal uniformity in Europe. When judiciary-driven legal development meets its limits, it is time for the legislator to take over."

As many in the 'FOSS'/anti-patent world would undoubtedly say, perhaps it is now time for the legislator to take over. However, I would have very serious doubts about whether it will be possible to come to any sort of agreement among the member states of either the EU or the EPC that would stand any chance of resolving the issue once and for all.

The IPKat is happy that the EBA have settled this particular matter (or have they?), but he and Merpel are both quite confused by the passage about Alice Through the Looking Glass.  What is the name of the song? And what have haddock's eyes got to do with software patents?
G 3/08 (Software Patents) decision is out - Tufty the Cat vindicated

Reviewed by Tufty the Cat on Wednesday, May 12, 2010 Rating: 5
The IPKat licenses the use of its blog posts under a Creative Commons Attribution-Non Commercial Licence.