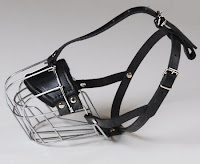 The IPKat commends the Court of Appeal for England and Wales for the robust terms in which it condemns the foolish, inept and anticompetitive ruling of the Court of Justice of the European Union in Case C-487/07 L'Oréal v Bellure (discussed on this weblog here, here, here, here and here). He can do no better than to bring to the attention of his readers the words delivered by Lord Justice Jacob this morning:

"3. I set the facts out in detail in the earlier judgment; there is no need to do it all again. In summary the defendants have three ranges of products called Stitch, Création Lamis and Dorrall. Each member of the range smells like a famous, luxury branded perfume known by a well-known registered trade mark. L'Oréal alleges that the defendants' use of comparison lists for each of the defendants' ranges of product, showing which products correspond to which L'Oréal perfume, infringed its registered trade marks for those perfumes. Originally it also contended that some of the packaging used for the Création Lamis and Dorrall ranges also infringed other registered trade marks. No complaint was made about the packaging of the Stitch range.

4. So far as the packaging was concerned, by the time we sent questions to the ECJ only two items remained in dispute. They were called "historic" because the defendants had abandoned use of them in the UK before trial. The Judge held and we affirmed that the defendants' current packaging gave no cause for legitimate complaint. Following the ruling of the ECJ, the defendants now accept that the two "historic" packages infringed. ...

5. Thus we are left only with the comparison lists. As to the impact of these in the market I set the factual findings out in the earlier judgment:

'[63] I would add that a touch of reality is called for here. Consumers are not stupid. They will not see the cheap copy as being the same in quality as the original. They will see it for what it is and no more.

7. I have come to the conclusion that the ECJ's ruling is that the defendants are indeed muzzled. My duty as a national judge is to follow EU law as interpreted by the ECJ. I think, with regret, that the answers we have received from the ECJ require us so to hold. Before I consider why in detail – and both because EU trade mark law is currently being reviewed by the Max Planck Institute at the request of the Commission and the Commission itself considers that the Court should reconsider its opinion in the instant very case (see [18] of Interflora v Marks & Spencers No. 2, [2010] EWHC 925 (Ch) [noted by the IPKat here] per Arnold J – I wish to say why I regret those answers.

8. My own strong predilection, free from the opinion of the ECJ, would be to hold that trade mark law did not prevent traders from making honest statements about their products where those products are themselves lawful.

9. I have a number of reasons for that predilection. First and most generally is that I am in favour of free speech – and most particularly where someone wishes to tell the truth. There is no good reason to dilute the predilection in cases where the speaker's motive for telling the truth is his own commercial gain. Truth in the market place matters – even if it does not attract quite the strong emotions as the right of a journalist or politician to speak the truth.

11. Of course the right of free expression (which clearly applies in principle to expression for commercial purposes ... But any suggested rule of law which stands in the way of people telling the truth, whether the context be political, commercial or otherwise, ought to be scrutinised with care and justified only on the grounds of strict necessity.

12. Any such scrutiny should consider not only the right of the speaker but also of his hearer. For the right of free speech extends not only to those who wish to tell the truth, but also those who would wish to hear it – the words are "receive and impart." In terms of the market place the hearer's right to receive information translates into the right of the consumer to make an informed choice about products on the market.

13. That the right to free speech may trump trade mark rights was recognised by the Constitutional Court of South Africa in Laugh It Off Promotions v South African Breweries etc., 27th May 2005, Case CCT 42/04 [on which see IPKat here]. ...

14. The ECJ's decision in this case means that poor consumers are the losers. Only the poor would dream of buying the defendants' products. The real thing is beyond their wildest dreams. Yet they are denied their right to receive information which would give them a little bit of pleasure; the ability to buy a product for a euro or so which they know smells like a famous perfume.

15. Moreover there is no harm to the trade mark owner – other than possibly a "harm" which, to be fair, L'Oréal has never asserted. That "harm" would be letting the truth out – that it is possible to produce cheap perfumes which smell somewhat like a famous original. I can understand that a purveyor of a product sold at a very high price as an exclusive luxury item would not like the public to know that it can be imitated, albeit not to the same quality, cheaply – there is a bit of a message that the price of the real thing may be excessive and that the "luxury image" may be a bit of a delusion. But an uncomfortable (from the point of view of the trade mark owner) truth is still the truth: it surely needs a strong reason to suppress it.

16. My second reason is more specific. It is about freedom to trade – indeed, potentially in other cases, to compete honestly. .... If a trader cannot (when it is truly the case) say: "my goods are the same as Brand X (a famous registered mark) but half the price", I think there is a real danger that important areas of trade will not be open to proper competition.

17. ... I regret that the ECJ in this case has not addressed the competition aspects of what it calls "riding on the coattails". The trouble with deprecatory metaphorical expressions such as this ("free-riding" is another), containing as they do clear disapproval of the defendants' trade as such, is that they do not provide clear rules by which a trader can know clearly what he can and cannot do".

The Good Lord has spoken. Now it's up to the Commission to undo the damage inflicted by the Court of Justice.
Trade mark ruling muzzles free and honest speech, says Court of Appeal

Reviewed by Jeremy on Friday, May 21, 2010 Rating: 5
The IPKat licenses the use of its blog posts under a Creative Commons Attribution-Non Commercial Licence.