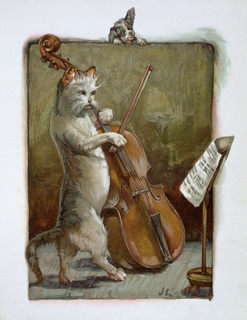 The second session, launched by Aaron Wood (Wood TMD but, from next week, Grant Spencer), reviewed recent and current developments in trade mark applications and oppositions. He opened with an explanation of the IP TRANSLATOR application, which is currently on appeal to the European Court of Justice. Aaron explained how -- despite its pretensions to harmonisation -- Europe is divided between those jurisdictions that regard an application for a mark in respect of a Nice Class heading covers only the words used in the heading or all the goods or services within that heading.  Thus "musical instruments" is the class heading for Class 15, which includes "music stands"; should an application to register a trade mark for "musical instruments" cover stands too?

The Court of Justice's Lego ruling was next for Aaron's scrutiny. Noting that Community trade mark protection for the Lego brick shape was first sought in 1996, he observed how much it had been litigated during that period.  He then contrasted the decision to cancel the mark with other registrations in which a shape had been registered without any dispute as to its registrability on grounds of functionality or distinctiveness.

Darren Meale (Herbert Smith) then tackled some trade mark enforcement and litigation topics. Darren reviewed the issues of comparative advertising and obtaining unfair advantage through the use by a smell-alike perfume seller of the brand name of the famous perfume the scent of which was emulated by that smell-alike product -- the subject of the European Court of Justice ruling in Case C-487/07 L'Oreal v Bellure, excoriated by the referring court here. The ECJ concentrated not on the damage to the brand referred to, but to the advantage secured by a free rider "hanging on to the coat-tails" of that brand.

The failing of this ruling to distinguish be.tween "advantage" and "unfair advantage" is serious, but the courts have not subsequently applied this rigidly; they've still required some extra ingredient, in addition to "advantage", before agreeing that an advantage is unfair -- as has been shown by the Specsaver case.  Darren then showed us his handy "free-riding spectrum" chart, ranging from counterfeiting at one end, as the extreme form of unfair advantage, to supplying a market for a breakthrough market where the first business on to the market can't meet demand.

Darren then reviewed the Lidl/Leclerc supermarket dispute over price comparisons made on the basis of the contents of a basket of products: do the comparisons have to be made on the basis of identical goods, and are the prices of the goods themselves representative of the shops' prices as a whole? The ECJ ruling gave a lengthy set of guidelines for national courts to apply. 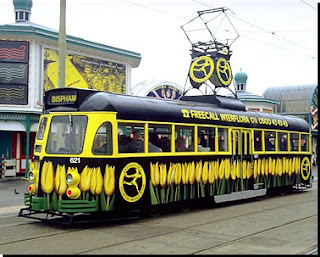 Finally Darren looked at Google France and subsequent decisions on whether the sale and use of trade marks as search result keywords infringed trade mark rights, bringing us up-to-date with the pending Interflora litigation, where the question before the European Court of Justice is not whether AdWord use impacts on the trade mark's essential function but rather whether it confers an unfair advantage under Article 5(2) of the Trade Mark Directive.  He closed with a review of the Advocate General's Opinion in the pending eBay reference, where his advice was not to view liability for hosting infringing websites as a binary issue (liable/not liable) but rather to view the host's conduct as a whole within the context of the relevant trade mark and e-commerce litigation.

If speaking post-lunch is the graveyard  slot, it is something of a dislocated metaphor to describe the pre-lunch talk as the hors d'oeuvres. This function was tastefully discharged by Matt Fisher (Senior Lecturer in IP, UCL, and fellow Kat) in his "gentle guide to latest patent developments". Matt started with the sad saga of computer-implemented inventions and the much-pondered battle between the European Patent Office (EPO) and the British courts.  The European Patent Convention clearly excludes "computer program" as such from being patentable subject-matter -- but everyone agrees that some computer programs are patentable while others are not.  The Enlarged Board of the EPO was asked by its President to rule on a number of questions arising from the resulting uncertainty -- but in G 3-08 it ruled her questions inadmissible. Matt then reviewed the Enlarged Board's decision in detail, setting out with admirable clarity both its reasons for rending it admissible and for the reflection of its comments on its own earlier rulings. The bottom line is that, in addition to the relative bars to patentability based on novelty and inventive step, there was also now an absolute requirement of an "invention".  Surely the British courts would now have to take notice of the EPO's approach, he added.

Moving on to the Supreme Court's ruling last year in Bilski (on which see the AmeriKat here and here), Matt pointed out that there are no statutory exceptions to patent-eligibility corresponding to those in the European Patent Convention.  He contrasted the approach of the various US Supreme Court's justices and their attitude to the old "machine-or-transformation", having first traced that decision's antecedents from State Street and the rulings of the lower courts. That test would no longer be the sole test of patent-eligibility.  As Matt pointed out, the court's murmurings were in some respects not dissimilar to those emanating from the Enlarged Board of the EPO.

Finally Matt addressed industrial applicability, there being a new case to cite in Eli Lilly v Human Genome Sciences Inc, as well as a string of perpetual motion machines. Industrial application must be disclosed in the patent application, said the court, in a decision which is now winging its way to the Supreme Court and which might, with luck be the subject of more analysis next year.
2011 IP Developments Conference: 2

Reviewed by Jeremy on Monday, January 24, 2011 Rating: 5
The IPKat licenses the use of its blog posts under a Creative Commons Attribution-Non Commercial Licence.