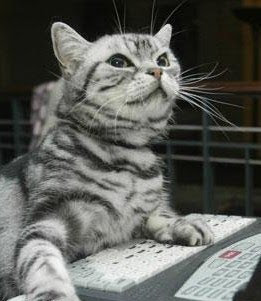 Keyword advertising (in particular Google AdWords) and trade marks is an ‘evergreen’ topic and one of this Kat’s guilty trade mark pleasures. While we are still awaiting the ECJ decision in the Interflora case, we recently had the first German decision from the Higher Regional Court of Braunschweig (Oberlandesgericht Braunschweig, case reference: 2 U 113/08 of 24 November 2010) after the ECJ’s cluster of AdWord related decisions of spring 2010.

In Google France (and in Die BergSpechte, Portakabin, Eis.de (also known as bananabay)) the ECJ had provided guidance to the national courts, inter alia, holding that booking of a third party trade mark as a keyword did not affect the ”advertising function” of that trade mark. As regards to the “origin function”, the ECJ had found that an adverse affect - and consequently trade mark infringement - would have to be assumed in two circumstances:
(i) where a third party’s ad suggests that there is an economic link between that third party and the trade mark proprietor; or
(ii) where an ad is so vague concerning the origin of the goods or services that a normally informed and reasonably attentive internet user is unable to determine, on the basis of the advertising link and the commercial message attached to it, whether the advertiser is an unrelated third party or economically linked to that trade mark proprietor.

In its decision of 24 November 2010, the OLG Braunschweig again had to assess the lawfulness of using a competitor’s trade mark as an AdWord. The claimant was selling confectionery, including chocolate and pralines, via its website www. mostshop.com and derived rights in the word/device trade mark "MOST" via a licensing agreement. The defendant was also selling chocolate products and pralines via its websites at www.selection-exquisit.de and www.feinkost-geschenke.de. In 2007, the defendant decided to book an ad via Google AdWords and chose the generic term "Pralinen" (pralines) as a keyword using the "broad match" function ("weitgehend passende Keywords"). Google’s "broad match" function then added the keyword "Most Pralinen" (Most pralines). The consequence of this was that the defendant’s ad was displayed whenever internet users searched for the claimant’s products "Most-Pralinen". The defendant’s ad (which was displayed) looked as follows (translated by the IPKat):

IPKat comment: with “broad match”, the AdWords system automatically runs ads on relevant variations of the selected keywords, even if these terms are not included in the advertiser’s keyword lists. Keyword variations can include synonyms, singular/plural forms, and what Google calls “… relevant variants of [the selected] keywords, and phrases containing [the selected] keywords” (see here for more information).
The claimant was not impressed and took the matter to court, winning at first instance before the Regional Court of Braunschweig. On appeal, the Higher Regional Court of Braunschweig confirmed this decision and held that internet users who enter a trade mark as a search term into an internet search engine (as opposed to querying generic terms) will assume that the ads that are displayed as a result of this search query are “somehow be economically connected” to the search term they have entered. Thus, even though the defendant’s ad did not include the claimant’s trade mark and despite the fact that the ad pointed to the defendant’s website, the judges nonetheless took the view that the ad was too “vague” since it did not include a clarification that defendant and claimant were not economically linked. The court supported its finding with an analogy: it compared this kind of use of an internet search engine (that is typing a trade mark into the search engine as a search query) to asking a salesperson for a specific trade marked product. Hence, the consumer had the expectation that the ad displayed will then also originate to the trade marked product. Consequently, with the ad being too “vague”, the court held that the defendant was liable for trade mark infringement. The court further found that the defendant was liable under the principle of disturbance liability and had a duty to check whether the “broad match” function had included a third party trade mark to the list of keywords. The court appears to have limited this duty to the point of the selection of the keywords (ex ante) and expressly based it on the assumption that the claimant can check what keywords had been added via the broad match function at this point. In the absence of a Bundesgerichtshof decision on AdWord/trade marks, the OLG Braunschweig allowed an appeal to this decision.
There is little doubt in this Kat’s mind that this particular decision will not hold upon further appeal to the Bundesgerichtshof. The OLG Braunschweig is 'tradtionally' known for being trade mark owner friendly, whereas the Bundesgerichtshof appears to follow a more liberal, advertiser-friendly approach when its comes to keyword advertising basing its decisions on a rather internet savvy consumer (PCB decision). The OLG Braunschweig's decision appears to be based on a more easily confused consumer. This Kat is further not completely convinced by the OLG Braunschweig’s shop assistant analogy: do we really regard search engine triggered ads as the “online version” of a real-life shop assistant pointing us to a specific product? Do we not usually expect to further refine a search result, separating natural search results from ads and sponsored links? As far as this Kat recalls (and please do feel free to correct me if I am wrong), the ECJ in Google France et al did not request a clarification within the ad text itself (like the OLG Braunschweig appears to do here), or discuss the “keyword selection tool” matter in any of its recent AdWords decisions.
Of course, the judges from the OLG Braunschweig will be fully aware of this and one has to admire their spirit in deciding differently. In the absence of a Bundesgerichtshof decision, however, this is decision feels like an invitation for German claimants to do some forum shopping.

Case reference: OLG Braunschweig, 2 U 113/08, of 24 November 2010. The OLG’s case database can be accessed here.
Angry cat praline here.
To read Austrian blogger austrotrabant’s critical review of this decision, particularly with regard to the "shop assistant" analogy, please click here. (Thanks also go to Max aka austrotrabant for sharing the text of the OLG original decision with this grateful Kat)
After Google France: OLG Braunschweig decides in AdWord case

Reviewed by Birgit Clark on Wednesday, January 12, 2011 Rating: 5
The IPKat licenses the use of its blog posts under a Creative Commons Attribution-Non Commercial Licence.