BGH decides in Fleurop - and changes its views on keyword advertising, or does it?!

By way of background:  the case concerns keyword use by a third party advertiser - an online flower delivery shop called Blumenbutler.  Blumenbutler booked the keyword "Fleurop", which is a trade mark owned by a well-known flower delivery network of the same name.  Whenever an internet user typed the word "Fleurop" into the search engine Blumenbutler's ad was displayed.  The ad did not include any reference to Fleurop and appeared in an advertising block that was visually set apart from the organic search results and shown on a highlighted background.  Fleurop argued trade mark infringement.  By the way... Fleurop is the German version/name of the Interflora flower delivery network in the UK; and - dare I say it - the BGH decision in Fleurop shares more than a passing similarity with the Interflora decision in the UK. 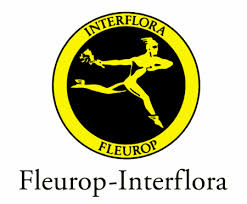 In essence, the BGH has confirmed that, where advertising of a third party triggered by a keyword that is identical or likely to be confused with a trade mark is displayed to internet users (keyword advertising), in principle there is no impairment of the function of the trade mark as a reference to origin if the advert appears in an advertising block that is clearly set apart from the hit list and highlighted correspondingly, does not contain the trade mark itself or any reference to the trade mark proprietor or the products offered under the trade mark (this is a continuation of MOST-Pralinen, I ZR 217/10 of 13 December 2012).

The new bit - reminiscent of the Austrian OGH's views and recent UK case law on keyword advertising - is the following qualification of what was so clearly said by the BGH in MOST-Pralinen:  however, says the BGH, if the relevant consumers due to their knowledge of the trade mark owner's delivery network are led to believe that the third party (the advertiser) is in partnership/affiliated with the trade mark proprietor, the origin function of the mark in question will already be impaired where the ad displayed itself does not include any information clarifying  the lack of commerical connection between the trade mark owner and the third party advertiser.

So, if consumers are aware that there is a network and may think (i.e. the ad is vague in this regard) that there is a commercial connection between trade mark owner and the advertiser, the ad will have to include some information stressing that they are not connected.  This Kat can see how the court got to this result, in particular since the CJEU in Interflora v M&S required a two-step test.

Nonetheless, she can't help but thinking that we lost a bit of legal certainty here....


The decision can be found here (in German)
BGH decides in Fleurop - and changes its views on keyword advertising, or does it?!

Reviewed by Birgit Clark on Tuesday, February 11, 2014 Rating: 5
The IPKat licenses the use of its blog posts under a Creative Commons Attribution-Non Commercial Licence.