What do patents have to do with the Winter Olympics? 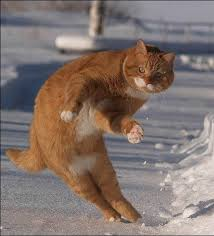 As Kat readers are well-aware, the 2014 Winter Olympics is in full swing. It may surprising, however, that efforts have been made to link the Winter Olympics to patents. In that connection, and thanks to the Patent Analytics group on LinkedIn, this Kat came across an item on gizmodo.com entitled “17 historic patents that made winter Olympic sports possible”, here. The article notes that the United States Patent and Trademark Office “is releasing historic patents that reveal how winter sports emerged.“ On the basis of this list, as well as additional digging by the author of further relevant patents, the article identifies the following patents:

2. Hockey stick: while long made by hand, an interest arose in mass producing the item, resulting in patents in 1915 (stick with detachable rope), in 1922 (patent for use by goalie), and 1924 (two-piece hockey stick)

4. The ski: while of ancient provenance, a patent in 1989 (design patent) and a 1992 patent (shaped ski of non-rectangular cross section).

5. Ice: a patent in 1952 (for what developed as the eponymous Zamboni machine).

6. Ice skates: of ancient provenance, but in modern form, a patent in 1901 (for a skate that could be affixed to a boot).

7. Curling (more on the sport, here): a patent in 1894 for a device for playing curling in a warmer climate.

8. Snow maker: a device was patented in 1928 (method and apparatus for making carbon-dioxide snow). More recently, the modern industry is identified with a patent in 1954 (a method for marking and distributing snow) and another in 1974.

9. Ski lift: while there appears to have been apparatus in use in the Alpine regions for several centuries, in modern times, in 1939 (a ski-towing device) and in 1949 (Chair for aerial ski lefts).

10. Torch: in 1893, an elegant design for a torch with application to the Olympic Games. 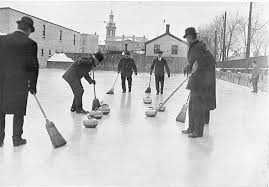 At the risk of sounding like a bit of a curmudgeon, this Kat feels a certain sense of unease about this piece. True, there is quaintness in identifying patents, some granted more than century ago, that can be vaguely connected with the Winter Olympics. But even the most cursory consideration of this list reveals that there is no real basis to claim that (at least most of) these patents, either individually or in the aggregate, are really of much significance with respect to the Olympics. I can already hear the pushback—“Come on Kat, loosen up a bit. This is all in being done in good fun. This list is not meant to be taken literally as being patents that made the Winter Olympic Games ”possible.” All the USPTO is trying to do in identifying such patents is remind the public how important patents are, not just for high-tech but for all facets of our society.”

Perhaps, or perhaps not. Underlying this “good fun” is a continuing sense that a certain sloppiness has entered into our contemporary rhetoric about patents. This Kat still rues the day when the term “patent troll” entered the popular lexicon. Its easy-to-grasp negative imagery masked significant differences of opinion about what exactly it meant. The later effort to replace it with the antiseptic term, “non-practising entity (NPE), has fooled no one—what are still talking about “patent trolls”. Any serous article that seeks to discuss NPEs still needs to first set out what the authors mean by the term, there being no single accepted definition. Moreover, the rhetorical certainty about the deleterious effects of an NPE’s behaviour stands in stark contrast to the still evolving empirical understanding of the subject, some of which points one way while other results point in the opposite direction. Stated otherwise, we are still a long way from establishing rock-solid causal relationships with respect to NPEs' behaviour.

It is this uncertainty about causality that brings me back to patents and the Winter Olympics. It is clear on its face that no “causal relationship” can be found between these patents and the Winter Games. If so, why the rhetorical flourish, which can only the effect of numbing the public’s sensitivity of how to understand the role that patents property play in our world. Patents are what they are, and they are not what they are not—even if the parameters are subject to an inherent lack of precision. We don’t need to make that rhetorical challenge any greater.
What do patents have to do with the Winter Olympics?

Reviewed by Neil Wilkof on Friday, February 14, 2014 Rating: 5
The IPKat licenses the use of its blog posts under a Creative Commons Attribution-Non Commercial Licence.