While this Kat was taking part to the outstanding EIPIN congress in Alicante, he became aware of the fresh decision by the Madrid Court of Appeal in YouTube v Telecinco of 14 January 2014 [Madrid Court of Appeal decision No 11/2014, available here; non-official English translation kindly provided by the Kat-friend Carolina Pina (Garrigues Madrid) available here; the IPKat's note on the first instance decision here]. It's another leading case in the European Internet Service Providers (ISPs) liability saga, and this Kat can’t wait to cover it. 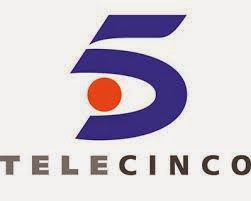 YouTube is one of the most famous video-sharing platform that hosts user-generated contents (UGCs), namely videos, from all around the world.  It’s now owned by Google. Telecinco is a Spanish broadcaster owned by the Italian Mediaset. Some users uploaded on to YouTube video fragments apparently taken from Telecinco’s TV programmes. Telecinco did not appreciate this and in 2008 brought an action against YouTube Llc, alleging copyright infringement by the hosting provider.

In its decision in 2010, the District Court of Madrid dismissed Telecinco’s claims, considering YouTube shielded from liability for UGCs on the basis of the Spanish Law 34/2002, which implemented the E-Commerce Directive 2000/31. Then, Telecinco appealed the first instance decision to the Madrid Court of Appeal on the basis of the three arguments that follow.

First, Telecinco alleged that YouTube could not benefit from the safe harbour provided by the E-Commerce Directive because of its non-neutral approach towards UGCs. Among other things, Telecinco maintained that YouTube required a licence over the UGCs uploaded on its platform and to establish Terms and Conditions for their use, keeping the right to take down certain contents. This would have demonstrated that YouTube was an “active provider”, unable to rely on the E-Commerce Directive’s safe harbour.  Secondly, under the E-Commerce Directive’s safe harbour, Telecinco continued, YouTube’s liability would have to be established in light of its “actual knowledge” of the infringing UGCs hosted, such knowledge being triggered by some previous letters sent to YouTube in which Telecinco generically claimed infringement of its rights and by the fact that Telecinco’s logo appeared in some of the UGCs.  Finally, Telecinco contested the District Court decision not to issue a blanket injunction to stop YouTube using all its videos.

The Madrid Court of Appeal dismissed Telecinco’s claims and fully confirmed the first instance decision as to the applicability of safe harbour to YouTube, the way in which “actual knowledge” may arise and the impossibility of issuing an injunction against future infringements.

First, the Court of Appeal considered that an ISP could be excluded from the scope of the E-Commerce Directive’s safe harbour only insofar as its approach towards UGCs leads it to obtain actual knowledge of the infringing nature of UGCs and/or to perform control over them.

In Google France (Joined Cases C-236/08 to C-238/08) and L’Oréal  (Case C-324/09), the Court of Appeal noted, the CJEU clearly stated that the safe harbour applies whenever an ISP “has not played an active role of such a kind as to give it knowledge of, or control over, the data stored”. Thus, in order for the exemptions from liability to be excluded, what most matters is the consequence of the ISP’s approach towards the hosted contents in terms of knowledge and control, rather the active or passive nature [whatever this means, sniffs Merpel] of the approach itself. In light of these principles, the Court of Appeal found that the non-exclusive licence over the uploaded UGCs that YouTube required from its users was a necessary condition for hosting and diffusing the videos while, as stated by the CJEU in L’Oréal  (Case C-324/09, para 115) and Google France (Joined Cases C-236/08 to C-238/08, para 116), the mere fact that and ISP “sets the terms of its service … cannot have the effect of denying it the exemptions from liability”. In addition, the Court found “not censurable” the YouTube’s attempt to adopt measures addressed to distinguish infringements by retaining the right to take down videos infringing third parties’ IP rights. In any event, continued the Court of Appeal, such activities could in no way amount to an active knowledge or to a proactive control over the UGCs. Thus, the E-Commerce Directive still had to be applied to YouTube.

Having said that YouTube was a hosting provider in the meaning of the E-Commerce Directive, the Court of Appeal considered whether Telecinco’s letters listing the titles of the TV programmes allegedly infringed (and not detailing the contested videos’ URLs) or the Telecinco’s logo on some videos uploaded by users could demonstrate YouTube’s “actual knowledge” of them, consequently triggering its liability. The Court of Appeal found that this was not the case.

Quoting the CJEU’s decision in L’Oréal, the Court of Appeal held that right holders’ letters to ISPs “cannot automatically preclude the exemption from liability provided for in Article 14 of Directive 2000/31” as they “may turn out to be insufficiently precise or inadequately substantiated” (Case C-324/09, para 122). In the case at issue, the Court considered that a letter generically claiming infringement and not itemising the contested videos was incapable of making YouTube’s actual knowledge arise. Further, the Court held that the presence of Telecinco’s logo on some UGCs hosted by the platform was equally irrelevant for this purpose. Both circumstances, the Court stated, could amount to the ISP’s actual knowledge only in connection with a general obligation actively to monitor and research illegal content, which is explicitly forbidden by Article 15 of the E-Commerce Directive, reading that “Member States shall not impose a general obligation on providers … to monitor the information which they transmit or store, nor a general obligation actively to seek facts or circumstances indicating illegal activity”.

On similar basis, the Court dismissed Telecinco’s request to issue an injunction towards possible future infringements on YouTube. Although the CJEU interpreted Article 11 of the Enforcement Directive as meaning that an ISP may be ordered “to take measures which contribute, not only to bringing to an end infringements of those rights by users of that marketplace, but also to preventing further infringements of that kind” (Case C-324/09, L’Oréal), the Court of Appeal said, it also made clear that this rule “may not affect the provisions of Directive 2000/31 and, more specifically, Articles 12 to 15 thereof … which prohibits national authorities from adopting measures which would require a hosting service provider to carry out general monitoring of the information that it stores” (Case C‑360/10, Sabam and Case C- 70/10, Scarlet).

A possible injunction against future infringements, the Court of Appeal concluded, would result either in an order to monitor UGCs proactively, contrary to the E-Commerce Directive, or in an obligation to implement a filtering system that, according to the CJEU, would seriously endanger “the freedom to conduct business enjoyed by operators such as ISPs”, also possibly infringing “the fundamental rights of that ISP’s customers, namely their right to protection of their personal data and their freedom to receive or impart information” (Case C‑360/10, Sabam).

As an IP and internet enthusiast, this Kat endorses the principles held by the Madrid Court of Appeal. The reason is that, in the tricky issue of ISP liability, numbers matter.

Approximately 100 hours of videos are uploaded on YouTube every minute. As to other hosting providers, more than 500 millions items are currently sold on eBay and more than 400 million new tweets per day are hosted on Twitter. As acknowledged by the European Commission, "general monitoring of millions of sites and web pages would, in practical terms, be impossible and would result in disproportionate burdens on intermediaries and higher costs of access to basic services for users".

The internet’s exciting evolution has been (and will, it is hoped, continue to be) driven by ISPs. These include not only giants like Google, Facebook or Twitter, but all the guys around the world that develop new hosting providers like social networks, chats and apps in their home garage. The safe harbour established by the E-Commerce Directive is aimed to protect and foster this evolution by preventing a strict liability regime for infringing UGCs insofar as ISPs [that is, “humans working for ISPs”, notes Merpel] do not effectively become aware of them. Both for “active” and “passive” providers' liability regime, though, the actual, human knowledge of infringing contents is the polar star. Either safe harbour is applied the Madrid Court of Appeal's way or UGC-based business models cannot be adopted: no third option.

A *must-have* book on ISP liability in different jurisdictions of EU and beyond, edited by the Kat-friends Christopher Heath and Anselm Kamperman Sanders (and penned also by this Kat), here.

Reviewed by Alberto Bellan on Tuesday, February 04, 2014 Rating: 5
The IPKat licenses the use of its blog posts under a Creative Commons Attribution-Non Commercial Licence.