IP Renaissance and IP Baroque: A Coda on IP Milestones 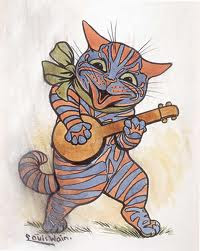 Several weeks ago I proposed a list of 25 IP milestones since the 1970s here. I was properly upbraided for omitting the creation of the EPO and I deservedly have egg on my face for listing 1998 as the year for the WIPO Copyright Diplomatic Conference (it was indeed 1996), especially since I was a member of my national delegation in Geneva during those unforgetable weeks of December of that year!

Those and other peccadillos aside in connection with my list, one overarching thought ran throughout my presentation of the master class based on this proposed chronology. In short, we have witnessed a 35-year period during which IP has gone from being more central, to being less central, in the context of innovation, entrepeneurship and technological advance, analagous to the declining centrality of rock and roll in music from its heyday in the 1960s to the present. Let me set out a bit more what I mean.

During the 1980s, we encountered a perfect storm whereby IP burst upon the scene, capturing popular consciousness and alligning itself with both the technological and political trends of the time, where high (or at least not low) IP protection was the dominant norm. The Reagan presidency, with a special ear to the needs of Silicon Valley and Hollywood, turned copyright into an instrument of public policy in the service of the entertainment and the software industries, while Microsoft (and Intel) leveraged network effects with business models based on the carrot and stick of IP licensing.

Patents were increasingly decoupled from competition law, as patents on both sides of the Atlantic as well as in Japan were now viewed as a central element in technology and innovation. Trade marks and brands were the object of multi-billion dollar transactions, becoming transactional assets and not merely the legal lynchpin for identifying the source of particular goods and services.

All during that time, politicians and international bureaucrats engaged in strenghtening and expanding the international framework for IP rights, first in response to the concerns of the pharmaceutical industry and later to IP rights more generally. Those were heady times, when we tended to believe that IP would be the once and future primary vehicle for facilitating the relentless spread of the knowledge industries.

Fast forward to 2011 and what do we find? The internet is, as has been famously said, "one great copying machine." If network effects in the 1980s enabled Microsoft and its ilk to enjoy substantial profits in the exercise of copyright and other IP rights, network effects today enable file-sharing and other downloading to take place outside any business model based on IP licensing and enforcement.

Further, to the extent that the internet is an efficient means for the creation and distribution of information, the copyright cognoscenti have narrowed the extent to which copyright law applies to such information. And open source licensing and distribution has replaced the direct licensing business model with a model that rewards Red Hat and Google rather than the owner of IP rights in the operating system. Copyright must now increasingly share space with the public domain and others.

Patents, reconceived in the 1980s as a potential handmaiden of competition, are now increasingly viewed as a potential exclusionary tool for unjustified legal exploitation. The patent troll is a term of opprobium in many circles and the explosion of registered patents is now accompanied with claims of "declining" patent quality. Even Pharma, for whom patent protection is a central part of its business model, struggles to develop a new generation of patented products to replace the various blockbuster drugs that are increasingly entering the public domain (and hence the domain of generic drug producers).

Never as now has IP enforcement been viewed with skepticism, not merely because of the digital world but also the challenge posed by China and other manufacturing powerhouses (perhaps somewhat analagous to the challenge posed in the 19th century to literary works originating in England but often copied without compensation by persons across the Pond in the U.S.)

Most significantly, IP plays less of a role for social media as it leverages network effects in its own way. Wikipedia's primary issue is the quality of its entries (often jointly composed); availability, and not the potential IP exclusionary aspect of Wikipedia contents, is predominant. For Facebook, privacy, and not copyright, is its major concern. At most, claims of IP infringement are viewed as a hindrance rather than as a central driver of the Facebook platform. Even for Google, perhaps the quintessential technological company, revenues ultimately rest in large part on its ability to have the marks of others used in such a way that there is no trade mark infringement of third party rights. 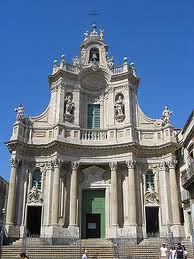 As for Apple, the principal buzz word is "ecosystem" and not "IP." True, the Apple brand is a key asset of the company, and true Apple still largely takes a closed rather than an open approach regarding which apps will be available on the various consumer platforms, all with access to the overall Apple ecosystem. But IP, as a component of its overall business strategy, is not to Apple as copyright was to Microsoft.


All in all, the role of IP in current innovation and development must be viewed as different from the role played by IP in the 1980s. To paraphrase a well-known aphorism, "I don't make predictions, especially about the future." How IP will unfold within the context of developments a decade or two hence is anyone's guess, and it will depend on the sum total of circumstances in place in those future times. What is important is to keep our eye on the contextual ball and to adjust the facilitative role of IP accordingly. Not every generation can be an IP Renaissance; but even IP Baroque is not all that bad.
IP Renaissance and IP Baroque: A Coda on IP Milestones

Reviewed by Neil Wilkof on Saturday, February 19, 2011 Rating: 5
The IPKat licenses the use of its blog posts under a Creative Commons Attribution-Non Commercial Licence.