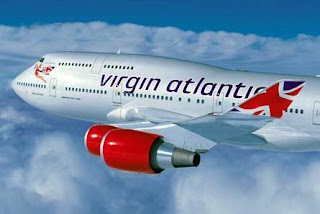 Adopting the maxim that things are more fun in pairs, the Court of Appeal yesterday handed down not one, but two judgments in the Virgin Atlantic aircraft seating cases: Virgin Atlantic Airways v Delta Air Lines [2011] EWCA Civ 162; and Virgin Atlantic Airways v Premium Aircraft Interiors [2011] EWCA Civ 163. The former deals with an appeal against summary judgment, and the latter with an application to vary the order made on 12th January 2010 following the handing down of the Court of Appeal's judgment ([2009] EWCA Civ 1062, noted by the IPKat here) in which it found that Premium had infringed Virgin's European Patent.

Sadly, twice the fun also means twice the time spent reading, and lots of other things have gotten in the way of this today. Therefore this Kat has chosen to save the second case for later. Focusing, therefore, on the Delta decision: 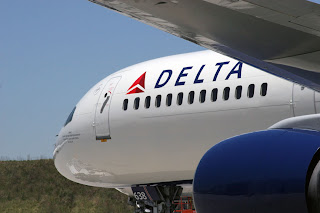 Contour (sometimes also called ‘Premium’) is a company that makes “ship-sets” of aircraft seats (i.e. not only the seats, but the plinths and all other fittings for a particular type of aircraft of the customer airline) in the UK. Delta is one of its customers. In October 2009, by a decision of the Court of Appeal (noted by the IPKat here), Virgin succeeded in its infringement action against Contour under the patent. The Patent as it then stood was held valid and infringed in the UK by Contour. Subsequently, however, in September 2010, the patent was amended in opposition proceedings before the European Patent Office. As the Court explains: “Prior to that decision Virgin had sued Delta claiming that it was a joint-infringer with Contour. The action had stalled pending determination of the Contour litigation and the EPO proceedings. When the Patent was amended, Delta applied for summary judgment”. On 30 November 2010, Arnold J held ([2010] EWHC 3094 (Pat) - noted by the IPKat here) that Virgin had no real prospect of successfully establishing that Delta infringed or would infringe Virgin’s European Patent (EP(UK) 1,495,908), and accordingly granted Delta's action for summary judgment and dismissed Virgin's action for infringement. Virgin did not take this sitting down (so to speak) and so appealed. As already noted, the Court of Appeal handed down its judgment yesterday.
Summarising the decision below, Lord Justice Jacob (delivering a judgment with which Smith and Patten LJJ agreed) noted that Arnold J had been faced with three main issues:


a) Do Contour’s acts within the UK fall within the scope of the amended Patent, and more specifically does the Patent claim cover a ship-set before it is installed on the aircraft?

b) Can the manufacture and sale in the UK of a complete kit of parts to assemble a device which falls within a patent claim infringe?

c) Can the manufacture in, and export from, the UK of an incomplete kit of parts for assembling abroad a device which falls within a patent claim infringe?

The judge had answered these questions as follows:


(1) Contour did not infringe because the main patent claim (claim 1) required a seating system comprising a plurality of seat units assembled and arranged on an aircraft. The system was only assembled abroad.

(2) As a matter of law it was arguable that manufacture in the UK of a complete kit of parts for assembling a patented device could infringe a patent.

(3) But as a matter of law it was not arguable that the manufacture in the UK of an incomplete kit of parts subsequently exported could infringe. [Of course if the incomplete kit was used in the UK to assemble the whole patented article, there might be contributory infringement pursuant to s.60(2))]

Delta did not challenge the second finding, so the Court of Appeal was faced with two live issues – (a) and (c).
On construction, the Court considered (at [24-26]) that the phrase “system for an aircraft” should be approached with a very strong predilection for understanding it as meaning suitable for. Moreover, the “skilled man reading the claim in context would expect it to mean suitable for. He would ask himself what the patentee intended by the words used. They are not the words anyone would naturally use to claim an aircraft fitted with a system.” Accordingly, “system for an aircraft” would not be read, as the judge at first instance had, as “system on an aircraft”, but rather as “system suitable for an aircraft” and would cover a ship-set capable of being installed on one.
Mr Justice Arnold had rejected this construction pointing, among other reasons, to a concern that it would not “provide reasonable certainty for third parties”, contrary to the requirements of the Protocol on the Interpretation of Article 69 EPC. The Court of Appeal considered that this was not so:


[34] “the skilled reader would expect the language to be confined to a realistic complete system for an aircraft. There is no unreasonable uncertainty for third parties. They know what they can and cannot do.”

The Court of Appeal also went to some lengths to distance itself from the judge’s comments concerning the wider matters that the skilled reader would know about and take into account when addressing the claims. These included the fact that:


(i) It is possible to frame claims in a variety of different ways. In particular, claims may be directed, subject to constraints on unity of invention, both to the whole of an inventive product and to its key components separately.

(ii) It is possible to infringe a patent both directly … and indirectly …[T]he latter type of infringement involves the supply or offer to supply of “any of the means, relating to an essential element of the invention” i.e. less than the whole of a claimed product.

(iii) Patents are territorial in nature…. [Therefore] a UK patent prevents persons other than those “entitled to work the invention” … from doing things in the UK. …[A] patentee can [also] in principle obtain, and may well have in fact obtained, parallel patent protection in other countries. [Although] …the skilled person [is not presumed to]… actually carry out a search to locate any corresponding foreign patents, even though a well-advised person would do so and nowadays would be able to locate most such patents quickly and easily using electronic databases.”

Commenting on these points, Jacob LJ stated (at [36]) that while it “did not form any part of the Judge’s reasoning when he came to claim construction. I would not want to be taken as endorsing this paragraph.”
In conclusion, whereas the judge had granted a declaration of non-infringement, Jacob LJ considered that, given his “conclusion on the construction of the claim, …the declaration should be discharged”, and the matter should proceed to full trial. So we'll be seeing this dispute again in the near future.
(As for the title: I know.)
Summary judgment Delta blow...

Reviewed by Matt on Thursday, February 24, 2011 Rating: 5
The IPKat licenses the use of its blog posts under a Creative Commons Attribution-Non Commercial Licence.