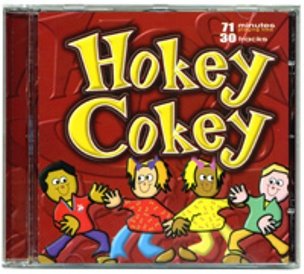 From the IPKat's friend Tony McStea comes this ditty, to the tune of the Hokey Cokey, which he subtitles "An Irish computer incompetent tries to work the European Patent Office's electronic filing system late on a Friday afternoon ..."

Oh! pokey, pokey pokey!
EP I want to chokey!
Filing goes up in smokey!
Not what it's all about!

Oh! Bokey! bokey! bokey!*
Feel anything but jokey!
Not even slightly OK!
Not what it's all about".

* [Adds Tony] the Oxford English Dictionary is sadly lacking the Northern Irish verb "to boke" (to be physically sick, a shorter but less colourful version of the Australian Technicolor(R) yawn).

Can he fix it? The UK's Intellectual Property Office has just announced the appointment of a new Chairman to its Steering Board. Bob the Gilbert looks just the man to fix any dodgy steering too. He's an ex-Wragge partner, former chairman of Nominet and currently chairman of the Paintbox Group [Merpel wonders, does that mean we're in for some colourful language?].  Bob's Steering Board is charged with advising Ministers, through the IPO's Director General, Sir Adrian Smith, on its Corporate Plan and performance -- including targets. The Steering Board also provides guidance from a commercial standpoint on the IPO's operation and development across a range of issues.

A reader who is doing a bit of travelling later this year and wants to combine business with pleasure has asked the IPKat the following question: "Do you by any chance know of any IP events in Japan or Korea over the week 17th -27th May?" To his embarrassment the Kat has to confess that he doesn't.  But some of his readers might know of one: if you can help this desperate reader in his hour of need, please feel free to do so by posting details, or even just a link, below.
Monday miscellany

Reviewed by Jeremy on Monday, February 07, 2011 Rating: 5
The IPKat licenses the use of its blog posts under a Creative Commons Attribution-Non Commercial Licence.