UsedSoft and the principle of exhaustion: CJEU ruling published today

This is my first post as a guest Kat, and I am indeed looking forward to these months together.
The story I would like to start with may not be the most intriguing to tell, unless you believe that there is something sexy in the resale of downloaded software.
Apparently this is what the Court of Justice of the European Union believed, when this morning delivered its 89-paragraph judgment in Case 128/11 UsedSoft v Oracle, on which Advocate General Bot had given his Opinion a few months ago (see earlier posts here and here). 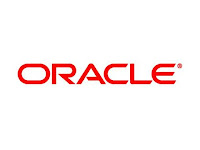 As is well-known, Oracle has not only been busy in various courts recently (eg with the Oracle v Google saga), but is also a software house, which develops and markets computer software. In 85% of cases, Oracle distributes its software by download directly from its own website.
The user right in those programs includes the right to store the software permanently on a server and to allow a number of users to access it by downloading the software to the main memory of their workstation. On the basis of a software maintenance agreement, updated versions of the software and programs for correcting faults (patches) can be downloaded from Oracle's website.
Oracle's licence agreements include, among the other things, the following proviso:
With the payment for services you receive, exclusively for your internal business purposes and for an unlimited period, a non-exclusive, non-transferable user right, free of charge, in respect of everything which Oracle develops and makes available to you on the basis of this agreement.

According to the Court, this is what happened in relation to the downloading of Oracle’s computer programs from the software house’s website. Indeed,
It makes no difference, in a situation such as that at issue in the main proceedings, whether the copy of the computer program was made available to the customer by the rightholder concerned by means of a download from the rightholder’s website or by means of a material medium such as a CD-ROM or DVD. Even if, in the latter case too, the rightholder formally separates the customer’s right to use the copy of the program supplied from the operation of transferring the copy of the program to the customer on a material medium, the operation of downloading from that medium a copy of the computer program and that of concluding a licence agreement remain inseparable from the point of view of the acquirer …
According to the Court, to limit the application of the principle of the exhaustion under Article 4(2) solely to copies that are sold on a material medium would allow the copyright holder to control the resale of copies downloaded from the internet and to demand further remuneration on the occasion of each new sale, even though the first sale of the copy had already enabled the rightholder to obtain an appropriate remuneration. Such a restriction of the resale of copies of computer programs downloaded from the internet would go beyond what is necessary to safeguard the specific subject-matter of the intellectual property concerned.
Furthermore, considering the conclusion of a maintenance agreement aimed at patching and updating the copy originally purchased, the exhaustion of the distribution right under Article 4(2) of Directive 2009/24 extends to the copy of the computer program sold as corrected and updated by the copyright holder.
In any case, however, if the licence acquired by the first acquirer relates to a greater number of users than he needs, the acquirer is not authorised by the effect of the exhaustion of the distribution right under Article 4(2) of Directive 2009/24 to divide the licence and resell only the user right for the computer program concerned corresponding to a number of users determined by him.
According to the Court,
An original acquirer who resells a tangible or intangible copy of a computer program for which the copyright holder’s right of distribution is exhausted in accordance with Article 4(2) of Directive 2009/24 must, in order to avoid infringing the exclusive right of reproduction of a computer program which belongs to its author, laid down in Article 4(1)(a) of Directive 2009/24, make his own copy unusable at the time of its resale … Moreover, even if an acquirer of additional user rights for the computer program concerned did not carry out a new installation – and hence a new reproduction – of the program on a server belonging to him, the effect of the exhaustion of the distribution right under Article 4(2) of Directive 2009/24 would in any event not extend to such user rights. In such a case the acquisition of additional user rights does not relate to the copy for which the distribution right was exhausted at the time of that transaction. On the contrary, it is intended solely to make it possible to extend the number of users of the copy which the acquirer of additional rights has himself already installed on his server.

Questions 1 and 3 – Notion of ‘lawful acquirer’
By its first and third questions the referring court wished essentially to know whether, and under what conditions, an acquirer of used licences for computer programs may, as a result of the exhaustion of the distribution right under Article 4(2), be regarded as a ‘lawful acquirer’ within the meaning of Article 5(1) of Directive 2009/24 who, in accordance with that provision, enjoys the right of reproduction of the program concerned in order to enable him to use the program in accordance with its intended purpose.
Following the response provided to Question 2, the Court held that, since the copyright holder cannot object to the resale of a copy of a computer program for which that rightholder’s distribution right is exhausted, a second acquirer of that copy and any subsequent acquirer are ‘lawful acquirers’ of it.

A sound judgment ... with some dark shadows
The judgment of the Court looks pretty sensible. In particular, it would have been fairly unreasonable to distinguish the situation in which the copy of a computer program is made available by means of a download from the rightholder’s website from that in which the copy is provided through a material medium such as a CD-ROM or DVD, also in consideration of current commercial practices and users' habits.
In any case, the Court did not interpret the principle of exhaustion in too a radical (pro-competitive?) manner. In particular, it is likely that controversy arises in relation to the part of the ruling in which the Court made it clear that the first purchaser of a licence is not authorised by the effect of the exhaustion of the distribution right to subsequently divide the licence he has acquired.
UsedSoft and the principle of exhaustion: CJEU ruling published today

Reviewed by Eleonora Rosati on Tuesday, July 03, 2012 Rating: 5
The IPKat licenses the use of its blog posts under a Creative Commons Attribution-Non Commercial Licence.