When the US Supreme Court Issues a Manifesto, It's Time to Listen 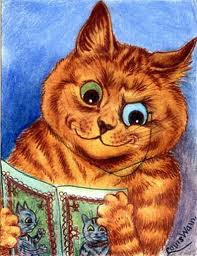 This Kat recently had an opportunity revisit the patent decision given by the United States Supreme Court on 20 March in Mayo Collaborative Services v Prometheus Laboratories, Inc. When judgment was given, the IPKat offered a vigorous analysis of this judgment, not sparing the rapier of his critical paw, here. What caught my attention this time was not the Court's belaboured analysis in reaching the conclusion that the medical treatment subject-matter was not in fact subject matter. Rather, this Kat was struck by the final paragraphs of the Court's decision, where it engaged in a brief soul-searching on the state of patent jurisprudence. In a word, the Court has provided a manifesto for action in making the patent system more responsive to societal needs.

In pertinent part, the Court set out this manifesto as follows:

" .... Prometheus, supported by several amici, argues that a principle of law denying patent coverage here will interfere significantly with the ability of medical researchers to make valuable discoveries, particularly in the area of diagnostic research. That research, which includes research leading to the discovery of laws of nature, is expensive; it “ha[s] made the United States the world leader in this field”; and it requires protection [citation omitted.]

Other medical experts, however, argue strongly against a legal rule that would make the present claims patent eligible, invoking policy considerations that point in the opposite direction. ... [They] tell us that if “claims to exclusive rights over the body’s natural responses to illness and medical treatment are permitted to stand, the result will be a vast thicket of exclusive rights over the use of critical scientific data that must remain widely available if physicians are to provide sound medical care” [Citations omitted].

We do not find this kind of difference of opinion surprising. Patent protection is, after all, a two-edged sword. On the one hand, the promise of exclusive rights provides monetary incentives that lead to creation, invention, and discovery. On the other hand, that very exclusivity can impede the flow of information that might permit, indeed spur, invention, by, for example, raising the price of using the patented ideas once created, requiring potential users to conduct costly and time-consuming searches of existing patents and pending patent applications, and requiring the negotiation of complex licensing arrangements. At the same time, patent law’s general rules must govern inventive activity in many different fields of human endeavor,with the result that the practical effects of rules that reflect a general effort to balance these considerations may differ from one field to another [citation omitted].

In consequence, we must hesitate before departing from established general legal rules lest a new protective rule that seems to suit the needs of one field produce unforeseen results in another. And we must recognize the role of Congress in crafting more finely tailored rules where necessary [citation omitted]. We need not determine here whether, from a policy perspective, increased protection for discoveries of diagnostic laws of nature is desirable."

This Kat found this to be fascinating set of ruminations by the Court on the tensions pulling at the patent system and the uncertainties that these tensions impose on the judiciary. In reading the judgment, there is the recurring feeling that the Court's repetitive style in setting out the key points of its analysis reflects something deeper -- the Court's need to convince itself, as much as the reader, of the correctness of its result. This is especially so, since the judgment overruled the decision given by the Federal Circuit Court of Appeals, the very court established in the 1980s to bring greater expertise and certainty to patent jurisprudence at a time when the United States was increasingly fearful of the challenge of Japanese technology. 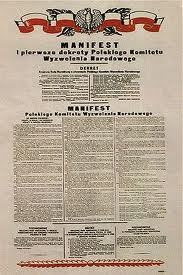 Fast-forward 25 years and the United States is enduring another bout of inner-doubt, extending to its ability to continue to be the world leader in innovation. It is this state of uncertainty that explains, perhaps, the Court's discursive departure into the world of policy (as previously noted, "the justices read the newspapers" ... and watch television and view online content). Surely the Court had no intention to rely on a policy argument to determine its decision in the case -- yet it devoted nearly a page of its judgment to these policy considerations, in the main, that underscore the fault-lines in the patent system.

The Court notes that the patent interests of the medical research treatment industry is contrary to those of the care-givers; the patent system itself is inherently in constant tension between the advantages and disadvantages that flow from the grant of exclusion rights. Against this backdrop, the Court suggests that a "one size fits all' patent system may be too blunt a legal instrument; what works as a matter of patent law in one industry may not work in another. That said, however, the Court either feels too uncertain about its own capacities or considers that it lacks sufficient legal authority --or both -- to be the trailblazer by departing from current law. If change is to occur, it will be for the US Congress, as grid-locked as it seems to be on most issues these days, to carry the torch, hardly an optimistic scenario.

And so the Court's manifesto in this judgment, directed to all with a stake in the patent system. It will be interesting to see whether the Court will revisit this manifesto in future patent cases, depending upon legislative and industrial developments.


As for "carrying the torch", to all this Kat's friends in London--let the games begin!
When the US Supreme Court Issues a Manifesto, It's Time to Listen

Reviewed by Neil Wilkof on Friday, July 27, 2012 Rating: 5
The IPKat licenses the use of its blog posts under a Creative Commons Attribution-Non Commercial Licence.