Trade Secrets and Confidential Information: Do They Apply to Sports? 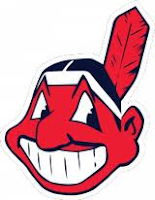 Kat readers for whom American baseball is either uninteresting or impenetrable-- please bear with me. There is a method in my madness. This Kat has long suffered as a supporter of the Cleveland Indians baseball team, here. The Tribe, as it is called, has had scant success over the 100 years or so of its existence. But this year it managed to achieve a sufficiently successful record in the league so that it will be playing on Wednesday evening in a one-game knock out game to determine whether it will be advancing to the league semi-finals. If it wins on Wednesday evening, it will then advance to a multi-game series against the Boston Red Sox baseball team, here.

What has any of this to do with intellectual property? It turns out that one factor for the team’s accomplishments this year is said to be the skill of its new manager, Terry Francona, here. Before joining the Cleveland baseball team, Francona had great success in managing another baseball club, namely (you guessed it)—the Boston Red Sox. That means that, if the Indians do win on Wednesday, Francona will then be managing the Tribe against his former team. The IP question that occurs to this Kat is this: "how do we understand Francona's legal position to make use of confidential information and trade secrets about the Boston team acquired during his tenure there (such as confidential information about certain Boston players)?"

Having regard to the fine line that distinguishes between a non-compete obligation and a duty to keep secret confidential information, there is presumably nothing that prevents Francona (or any other manager of a sports team) from competing against his former employer, unless there is a valid non-compete contractual obligation. But in being able to manage a competing baseball team, is Francona permitted to make use of not generally known information about the Boston team that he acquired during his affiliation with it? Replace the Cleveland Indians and Boston Red Sox with competing computer software companies ABC and XYZ and assume that Francona is the general manager of ABC, having worked his way up the corporate ladder. As the general manager, Francona knows not only the high level secrets of the company, but he is also the master of a myriad of lower level operational secrets. If Francona then bolts for XYZ, what are his restrictions in making use of this information in his new position? From the point of view of the law of trade secret and commercial confidences, does it make a difference if Francona is a hi-tech executive or a baseball manager?

The hoary distinction between an employee developing his general skills and capabilities within the framework of his employment on the one hand and making use of specific confidential information acquired during the course of his employment on the other would appear to be of only limited use in answering the question. Assume that Francona is viewed as a genius in game-time management and player relationships, honed over his long tenure with the Boston baseball team. No one presumably would challenge his right to make use of these skills in his new position with the Cleveland team. 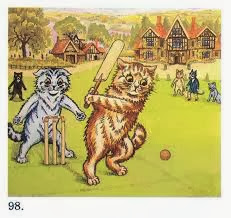 But what about being the only person to know that an important player on Boston has trouble concentrating if there is background music from any Beatles song. Can he then arrange with impunity for the organist at the Cleveland stadium to play Penny Lane each time that this player reaches his turn to bat the ball (“Penny Lane is in my ears and in my eyes”)? In so doing, has he misappropriated confidential information obtained during his tenure with the Boston team? This Kat's instinctive response is to conclude that no misappropriation has taken place, but the basis for his feline instincts on this point is less clear. Several possibilities suggest themselves.


1. The entire issue of confidential and trade secrets in this industry is regulated by custom, whereby no legal issue is raised in this context, unless some other, independent legal right is violated.

2. A version of (1), where the industry has reached a modus vivendi, where no efforts are made to try and enforce even a limited non-compete obligation in exchange for waiving any claim that trade secrets or confidential information is being misappropriated.

3. The types of information that the manager of baseball team might be exposed to do not rise to the level of a protectable trade secret or confidential information.

4. If such information would be enforced as a protectable trade secret, it would have the unacceptable effect of functioning as a form of non-compete provision, thereby depriving the manager of his livelihood.

5. Trade secrets and confidential information are treated differently with respect to services generally and the entertainment and sports industries specifically than they are treated in other contexts.

While this Kat awaits further guidance from Kat readers, he is readying himself for the knock-out game to take place in a few hours. As for that game, this Kat can only say--GO TRIBE!
Trade Secrets and Confidential Information: Do They Apply to Sports?

Reviewed by Neil Wilkof on Wednesday, October 02, 2013 Rating: 5
The IPKat licenses the use of its blog posts under a Creative Commons Attribution-Non Commercial Licence.