You can't Steel this name: Burdon of proof satisfied 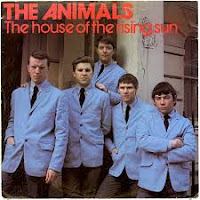 The title of this post suggests that something has gone wrong with the IPKat's normally accurate spelling, but that's not quite the case.  The Burdon here is definitely Burdon with an "o" and the Steel is possessed of two "e"s: both are names and their owners were pitched against each other in a case that has been sitting quietly in this  Kat's in-box, waiting for something to happen to it.  Fortunately it's not an urgent matter: it relates to a trade mark application filed in 2004 and it's the result of an appeal against an official decision dating back to 2008.  The case is Eric Victor Burdon v John Steel Case O-369-13 of 9 September, a decision of Katfriend Geoffrey Hobbs QC in his capacity as an Appointed Person.

The appellant. Eric Burdon, may be known to some readers as the lead singer of The Animals pop group back in the 1960s and the rasping vocalist in that group's major hit, The House of the Rising Sun (which, together with Procol Harum's Whiter Shade of Pale, has the distinction of being instantly recognisable by its instrumental intro).  He was appealing against the rejection of his opposition to registration by the group's former drummer John Steel to register the words THE ANIMALS as a trade mark for use in relation to CDs and musical recordings in Class 9 and musical live performances in Class 41. 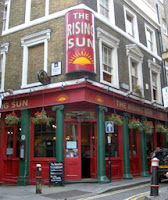 The group, like many in the 1960s, was in legal terms an incorporated association of individuals; no contractual or other arrangements governed the relationship between its members, and there had never been a realisation or division of the group's assets on its dissolution. The original members occasionally reunited to tour or make recordings, their last collaboration being in 1983. In 2001, the group was inducted into Hollywood's RockWalk hall of fame. In a public poll, the group's recording of "The House of the Rising Sun" was voted 14th all-time-favourite single for the purposes of a television programme broadcast in 2001 and 2003. In 2004, John Steel applied to register the words THE ANIMALS as a trade mark. Burdon opposed under the Trade Marks Act 1994 s.5(4)(a) on the basis that, if Steel were to use the mark, Burdon could sue him for passing off.

In 2008 the hearing officer found that the goodwill accrued by the group between 1963 and 1966 had long dissipated [an appropriate word, notes Merpel, given that few groups at that time gave the appearance of being anything like as dissipated as the Animals] by the date of Steel's application, despite the minor top-ups provided by half-hearted reunions, re-releases of the same song, and its induction into a United States museum. He concluded that, since no goodwill existed in the mark in 2004, the ground of opposition under section 5(4)(a) failed. Burdon then appealed, arguing that the hearing office had erred in proceeding on the mistaken basis that no goodwill existed in the mark THE ANIMALS at the date of Steel's application.

Geoffrey Hobbs QC allowed the appeal.  In his view:

* The fact that The Animals had stopped producing new materials and performing together did not necessarily mean that there had been a cessation of business capable of sustaining goodwill, still less a destruction of the existing goodwill;

* On the evidence, there was both goodwill and reputation in the name of the group, which accrued to those of its members of the group who last performed together in 1983; it was they who were entitled to control the use of the name THE ANIMALS in relation to live and recorded performances. That goodwill had not devolved or dissipated over the period from 1983 to 2004.

* Steel's use of the name THE ANIMALS was likely to give rise to the mistaken belief that any band performing under that name was the full successor in title to the business of the group originally called by that name. Such misrepresentation was liable to damage the economic value of the goodwill and reputation of the business signified by the name THE ANIMALS.  It was thus open to Burdon, as one of the members of the group at its last performance in 1983, to invoke the law of passing off for the protection of the goodwill and reputation to which the group members were collectively entitled.

* The fact that Steel, who also performed with the group in 1983, was one of the "last men standing" did not enable him to lay claim individually to the whole of the benefit of their goodwill and reputation by registering THE ANIMALS as his trade mark.

Says the IPKat, this is just another of those sad cases in which the remnants of a long-dead group are raking over the rubble of their assets in the hope of finding something worth preserving, then wasting their time and effort in trying to stop each other monopolising it.  With just a little foresight and a sensible attitude towards managing a group's future and the long tail in its days of decline, this sort of unseemly scrap can be avoided.

Reviewed by Jeremy on Wednesday, October 30, 2013 Rating: 5
The IPKat licenses the use of its blog posts under a Creative Commons Attribution-Non Commercial Licence.