When wishes turn to ashes: an old musician's aspirations crumble before CTM onslaught 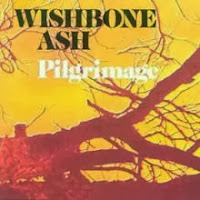 Was it only yesterday that this Kat commented on the misfortunes that befall the members of old rock groups, in the context of ex-Animals front man Eric Burdon fending off his old drummer's attempt to register "The Animals" as a UK trade mark? Well, another day -- another group: this time it's Wishbone Ash and the dispute goes by the name of Powell v Turner [2013] EWHC 3242 (IPEC), an Intellectual Property Enterprise Court decision of Mr Recorder Douglas Campbell, sitting as an Enterprise Judge on 24 October. 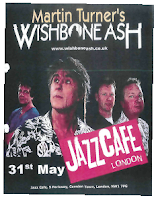 Andy Powell had, since 1969, been a member of a large number of different band line-ups, each of which had traded as 'Wishbone Ash'. Martin Turner had been a member of some of those line-ups, including those which spanned the band's most successful period (1969 to 1981). Beyond those golden days, Powell continued to play in a band of that name, whereas Turner played in a band called 'Martin Turner's Wishbone Ash'. As luck would have it, Powell was since March 2000 the sole registered proprietor of Community Trade Mark (CTM) No 742684, consisting of the words 'WISHBONE ASH', which he had applied for on 9 February 1998 for goods and services in Classes 9, 16, 25 and 41. Armed with this registered right, he brought proceedings in which he sought relief for, among other things, infringement of the trade mark in respect of 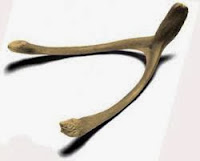 Turner counterclaimed for revocation of Powell's CTM trade mark on the ground that it was applied for in bad faith contrary to Article 52(1)(b) of Council Regulation 207/2009 . He also sought an account of a share of the profits made by Powell in the six years leading up to the date of service of the counterclaim, to the extent that such profit was attributable to Powell's use of Turner's share of the goodwill attaching to the Wishbone Ash name generated by the first Wishbone Ash, or to interest at 5% per annum on such share following its valuation.

Mr Recorder Campbell plumped for Powell.  In his view:

* There was no evidence to support the assertion that Powell's application was made in bad faith. On the facts, he was the sole owner of the goodwill in the name Wishbone Ash on the date he applied to register it.

* The use of 'Martin Turner's Wishbone Ash' involved a clear likelihood of confusion with the registered mark, especially since that sign was not just similar but highly similar to the mark as registered. Turner had also used the name Martin Turner's Wishbone Ash and the domain name without due cause.  There was no reason why the use of the domain name as part of web pages dealing with the band's historical background should cause any type of injury to Powell's CTM  -- but use of the name for marketing Turner's band was a very different issue.

* The use of the domain name in the course of normal advertising also infringed Powell's CTM.

* There was no basis for ordering an account of profits in Turner's favour or for holding Powell's CTM to be invalid.

Once again, there were no legal terrors in this case: it was just another sad situation in which there wasn't quite enough talent or goodwill to go around, leaving one aged rock musician grasping at straws. But where were the lawyers when the group's legal and commercial parameters were being forged?

Wishbones: do they ever work? Here
Ashes to Ashes here
When wishes turn to ashes: an old musician's aspirations crumble before CTM onslaught

Reviewed by Jeremy on Thursday, October 31, 2013 Rating: 5
The IPKat licenses the use of its blog posts under a Creative Commons Attribution-Non Commercial Licence.