Annsley Merelle Ward Sunday, December 29, 2013 - AmeriKat, apple, Disney, google, lanham act, rockstar, US patent infringement, US trade mark infringement, USPTO
The AmeriKat has spent the last week watching Elmo's World, playing cash register, voicing stuffed animals and reading numerous books about Santa Claus (who exists again, in the AmeriKat's current world).  The AmeriKat is looking forward to the day when her niece is old enough to watch some Disney classics - Little Mermaid and Beauty and the Beast were the AmeriKat's favorites - but she is especially looking forward to the new breed of Disney movies where the heroine's main story arch is not all about finding the Prince, Charming or not.

The latest Disney movie with less compliant fairy tale characters is Frozen which is about two sisters trying to break a curse of winter in their kingdom.  The movie is also subject to a new trade mark infringement lawsuit filed by Disney in California against Phase 4 Films who is alleged to have changed the name of one of its films to Frozen Land so as to free-ride off the success of Frozen.  The complaint states that:


"On November 1, 2013, less than three weeks before the Hollywood premiere of FROZEN on November 19, Phase 4 theatrically released an animated picture entitled The Legend of Sarila, which generated minimal box office revenues and received no significant attention."

Sarila featured a non-frozen, lush and abundant land of the same name.  So, the complaint continues, Phase 4 redesigned the artwork, logo and other promotional materials for its newly re-titled film to "mimic" that of Frozen.  The logo itself seems more than a mimic to the AmeriKat, with the "jagged, uneven edges on the lettering, dramatic flourishes on the letters and an elongated R and Z that cradle a stylized O that curves into itself and does not close entirely", albeit that the curve is more pronounced in Frozen Land's logo.

Disney is requesting an injunction, destruction of all Frozen Land DVDs and damages and lost profits.  According to The Hollywood Reporter, Phase 4 has yet to comment on the lawsuit, but the AmeriKat imagines that for any defendant seeing Disney on the other side of a claim is enough to make their blood cold (or frozen).

On Monday, Google filed a lawsuit in California federal court requesting that the court declare that it does not infringe seven patents owned by the Apple and Microsoft backed consortium dubbed Rockstar. Two months ago, Rockstar commenced seven patent infringement actions against Google's customers and Google in relation to the android operating system developed by Google.   In the first paragraph of the complaint Google states that:


"Rockstar's litigation campaign has placed a cloud on Google's Android platform; threatened Google's business and relationships with its customers and partners, as well as its sales of Nexus-branded Android devices."

According to the complaint, Rockstar Consortium is a limited partnership organized and existing under the laws of Delaware, but based primarily in Canada.  According to its website, the consortium is a "patent licensing business".

The patents at issue in the cases are old Nortel patents which included inventions for wireless, optical, voice, internet and semiconductors.   In June 2011, Apple, Research in Motion and Microsoft joined forces to obtain a portfolio of patents auctioned during the bankruptcy of Nortel Networks.  A company called Rockstar Bidco placed the winning of bid of $4.5 billion.  The complaint records that Apple is a large shareholder in  Rockstar having contributed "approximately $2.6 billion" of the winning bid and maintains a seat on Rockstar's board of directors.

Readers may remember that Google had also placed a bid on the Nortel patents (see posts here and here), but ended up acquiring the Motorola Mobility portfolio.


"Among the myriad companies ensnared in Rockstar's patent dragnet are customers and partners of Google who use the Android platform in their devices, including ASUS, HTC, Huawei, LG, Pantech, Samsung and ZTE."

Last week  Bloomberg reported that unnamed sources were reporting that Rockstar was holding discussions to a sell a portion of the Nortel patents, but such a sale would likely not include the patents at suit. 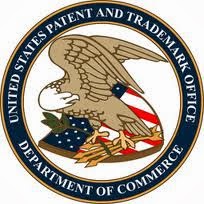 'Twas the night before Christmas and all through the house not a creature was stirring, except the USPTO Press Release mouse who published the announcement that the USPTO will hold a public forum on 14 January 2014 to discuss the implementation of the Patent Law Treaties Implementation Act of 2012.  The Act implements the Geneva Act of the Hague Agreement which provides for the filing of a single international design to acquire global protection.

The Act and rules call for:

Reviewed by Annsley Merelle Ward on Sunday, December 29, 2013 Rating: 5
The IPKat licenses the use of its blog posts under a Creative Commons Attribution-Non Commercial Licence.