BREAKING NEWS: CJEU says that circumventing a protection system may be lawful (sometimes)

This was a reference for a preliminary ruling from Italy seeking clarification as to the following: 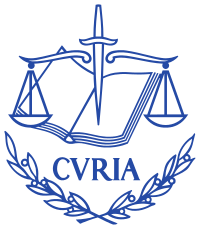 According to the relevant press release, this morning the CJEU ruled that the manufacturer of the console is protected against that circumvention only in the case where the protection measures seek to prevent illegal use of videogames.

The Court recalled that videogames constitute complex material comprising not only a computer program, but also graphic and sound elements which, although encrypted in computer language, have their own creative value. As an intellectual creation specific to their author, original computer programs are protected by copyright which is the subject of Directive 2001/29/EC.

This directive requires the Member States to provide adequate legal protection against the circumvention of any effective ‘technological measure’ intended to prevent or restrict unauthorised acts of reproduction, communication, public offer, or distribution. The directive is designed only to protect the copyright holder against acts which require his authorisation.

The Court noted in particular that, in accordance with the principal objective of the directive (namely to establish a high level of protection of authors), the concept of ‘effective technological measures’ must be understood broadly including the application of an access code or protection process (encryption, scrambling or any other transformation of the work).

Consequently, technological measures which are both incorporated in the physical housing of videogames and in consoles and which require interaction between them, fall within the concept of ‘effective technological measures’ within the meaning of the directive if their objective is to prevent or to limit acts adversely affecting the rightholder’s rights.

The Court then stated that the legal protection covers only the technological measures intended to prevent or eliminate unauthorised acts of reproduction, communication, public offer or distribution, for which authorisation from the copyright tholder is required.

That legal protection must respect the principle of proportionality without prohibiting devices or activities which have a commercially significant purpose or use other than to circumvent the technical protection for unlawful purposes.

The scope of legal protection of technical measures must not be assessed according to the use of consoles defined by the holder of copyright, but that rather it is necessary to examine the purpose of devices provided for the circumvention of protection measures, taking account, according to the circumstances at issue, of the use which third parties actually make of them.

The Court accordingly called on the referring court to determine whether other effective protection measures could cause less interference with the activities of third parties or lead to a reduced limitation to those activities, while still providing comparable protection of the rightholder’s rights. To that end, the referring court may take account of the costs of different types of technological measures, of technological and practical aspects of their implementation, as well as the comparison of their respective effectiveness in relation to the protection of the rightholder’s rights, it being understood that that effectiveness need not be absolute.
BREAKING NEWS: CJEU says that circumventing a protection system may be lawful (sometimes)

Reviewed by Eleonora Rosati on Thursday, January 23, 2014 Rating: 5
The IPKat licenses the use of its blog posts under a Creative Commons Attribution-Non Commercial Licence.