BREAKING NEWS: CJEU says that private copying may only apply to reproductions from lawful sources 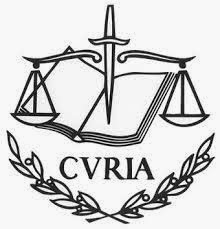 Can a national law understand the private copying exception pursuant to Article 5(2)(b) of the InfoSoc Directive as encompassing reproductions from lawful and unlawful sources alike? What is the role of the three-step test within Article 5(5) of the same directive in defining the scope of resulting national exceptions and limitations? Wouldn't rightholders be better off if there was a national private copying exception that also allowed reproductions from unlawful sources in return for a fair compensation?

In a nutshell these were the main issues at stake in the fascinating Case C-435/12 ACI Adam, a reference for a preliminary ruling from the Dutch Supreme Court seeking clarification as to the following:

1. Should Article 5(2)(b) - whether or not in conjunction with Article 5(5) - of the Copyright [InfoSoc] Directive be interpreted as meaning that the limitation on copyright referred to therein applies to reproductions which satisfy the requirements set out in that provision, regardless of whether the copies of the works from which the reproductions were taken became available to the natural person concerned lawfully - that is to say: without infringing the copyright of the rightholders - or does that limitation apply only to reproductions taken from works which have become available to the person concerned without infringement of copyright?
a. If the answer to question 1 is that expressed at the end of the question, can the application of the 'three-stage test' referred to in Article 5(5) of the Copyright Directive form the basis for the expansion of the scope of the exception of Article 5(2), or can its application only lead to the reduction of the scope of the limitation?
b. If the answer to question 1 is that expressed at the end of the question, is a rule of national law which provides that in the case of reproductions made by a natural person for private use and without any direct or indirect commercial objective, fair compensation is payable, regardless of whether the manufacture of those reproductions is authorised under Article 5(2) of the Copyright Directive - and without there being any infringement by that rule of the prohibition right of the rightholder and his entitlement to damages - contrary to Article 5 of the Copyright Directive, or to any other rule of European law?
2. In the light of the 'three-stage test' of Article 5(5) of the Copyright Directive, is it important when answering that question that technical resources to combat the making of unauthorised private copies are not (yet) available?
Is the Enforcement Directive applicable to proceedings such as these where - after a Member State, on the basis of Article 5(2)b of the Copyright Directive, has imposed the obligation to pay the fair compensation referred to in that provision on producers and importers of media which are suitable and intended for the reproduction of works, and has determined that that fair compensation should be paid to an organisation designated by that Member State which has been charged with collecting and distributing the fair compensation - those liable to pay the compensation bring a claim for a declaration by the courts in respect of certain contested circumstances which have a bearing on the determination of the fair compensation, against the organisation concerned, which defends the action?

The background to this reference was Article 16c of the Auteurswest (Dutch Copyright Act), which includes [or rather, included: keep reading] the reproduction of a work or any part thereof within the scope of the private copying exception, provided that the reproduction is carried out without any direct or indirect commercial motivation and is intended exclusively for personal exercise, study or use by the natural person who made the reproduction.

Interpretation of Dutch law has been such as to include also copies made from unlicensed sources, eg unlawful downloads from the internet.

The Dutch State Secretary held the view that reproducing works from unlicensed sources should no longer be part of the private copying exception, although these activities should not be punishable. However, at the end of 2012, Dutch Parliament dismissed this proposal, and decided instead to impose temporary private copy levies on certain digital and electronic devices and storage media.

Litigation ensued before Dutch courts between importers and producers of supports and Dutch collecting societies. The former argued that they did not have to pay levies for reproductions from unlawful sources, in that only reproductions from lawful copies could fall within the scope of the private copying exception.

Although in some Member States (Denmark, Germany, Spain, Italy, Portugal) the law already excludes the applicability of the relevant national private copying exception to reproductions from unlawful sources and some national judges (eg the French Conseil d’État) have interpreted the scope of this exception, whether private copying could only encompass reproductions from licensed sources was an issue on which the CJEU had not ruled yet.

Similarly to what AG Trstenjak stated at para 78 of her Opinion in Case C-467/08 Padawan, in his Opinion [not yet available in English, but on which see here] Advocate General (AG) Cruz Villalón held the view that the private copying exception should only apply to reproductions ​​from legitimate sources. This followed from a number of considerations, including that:
This morning the CJEU issued its decision [not yet available on the Curia website] and confirmed the Opinion of his AG, holding that the private copying exception may only apply to reproductions from lawful sources.

According to the press release, the Court held that "if Member States were free to adopt legislation permitting, inter alia, reproductions for private use to be made from an unlawful source, the result of that would clearly be detrimental to the proper functioning of the internal market. Similarly, the objective of proper support for the dissemination of culture may not be achieved by sacrificing strict protection of copyright or by tolerating illegal forms of distribution of counterfeited or pirated works. Consequently, the Court holds that national legislation which makes no distinction between private copies made from lawful sources and those made from counterfeited or pirated sources cannot be tolerated."

This Kat is now waiting for the full judgment to write a more detailed analysis: stay tuned!

[UPDATE @ 12:05: the judgment is now available on the Curia website here]
BREAKING NEWS: CJEU says that private copying may only apply to reproductions from lawful sources

Reviewed by Eleonora Rosati on Thursday, April 10, 2014 Rating: 5
The IPKat licenses the use of its blog posts under a Creative Commons Attribution-Non Commercial Licence.