What does the ACI Adam decision mean for InfoSoc system of exceptions and limitations?

A few days have passed since the Court of Justice of the European Union (CJEU) issued its decision in Case C-435/12 ACI Adam [here], ruling that Article 5(2)(b) of the InfoSoc Directive, read in conjunction with paragraph 5 of the same provision [this imported the 3-step test into EU copyright law], must be interpreted as precluding national legislations that do not distinguish the situation in which the source from which a reproduction for private use is made is lawful from that in which that source is unlawful.

As readers will remember, this case concerned the compatibility of Dutch private copying exception with EU law. Article 16 of the Dutch Copyright Act stated that the reproduction of a work or any part thereof would not be an infringement of copyright, provided that the reproduction was carried out without any direct or indirect commercial motivation and was intended exclusively for personal exercise, study or use by the natural person who made the reproduction. 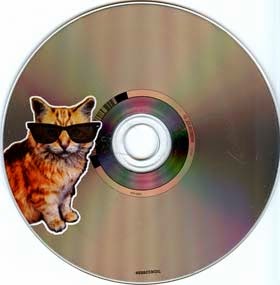 Interpretation of Dutch law has been in the sense of including also copies made from unlicensed sources, eg unlawful downloads from the internet. The Dutch State Secretary held the view that reproducing works from unlicensed sources should no longer be part of the private copying exception, although these activities should not be punishable. However, at the end of 2012, Dutch Parliament dismissed this proposal, and decided instead to impose temporary private copy levies on certain digital and electronic devices and storage media.

Litigation ensued before Dutch courts between a number of importers and manufacturers of blank data media, eg CDs and CD-Rs, and two Dutch collecting societies. The former argued that they did not have to pay levies for reproductions from unlawful sources, in that only reproductions from lawful copies could fall within the scope of the private copying exception and, as a result, the amount of the applicable private copying levies should not take into account compensation for harm suffered as a result of copies of works made from unlawful sources.

Following two unfavourable judicial outcomes, ACI Adam and other importers and manufacturers brought their case before the Dutch Supreme Court. This decided to stay the proceedings and seek guidance from the CJEU.

As Advocate General Cruz Villalon observed in his Opinion [from which the Court did not depart], although in some Member States (Denmark, Germany, Spain, Italy, Portugal) the law already excludes applicability of the relevant national private copying exception to reproductions from unlawful sources, and some national judges (eg the French Conseil d’État) have interpreted the scope of this exception in the sense of excluding its applicability to reproductions from unlawful sources, whether the private copying exception within Article 5(2)(b) of the InfoSoc Directive may only encompass reproductions from licensed sources was an issue on which the CJEU had not ruled yet.

The Court observed that Article 5(2)(b) does not address expressly the lawful or unlawful nature of the source from which a reproduction may be made. However, when adopting the InfoSoc Directive, one of the objectives of EU legislature was to provide a high level of copyright protection. As a consequence, exceptions and limitations to exclusive rights must be interpreted strictly, and Member States must comply with the three-step test as per Article 5(5) of this directive. In compliance with these principles – notably that of strict interpretation of exceptions and limitations – the private copying exception must be understood as excluding reproductions from unlicensed sources.

This conclusion is also compliant with what is required by the 3-step test in Article 5(5). To accept that reproductions for private uses may be made from an unlawful source would encourage the circulation of unlicensed works, thus inevitably reducing the volume of sales or of other lawful transactions relating to the protected works. This would conflict with the principle that exceptions and limitations must not conflict with a normal exploitation of the work and must not unreasonably prejudice the legitimate interests of rightholders.

The outcome of this case is not particularly surprising. The judgment is however extremely relevant in that it further clarifies [current?] CJEU understanding of Article 5 system of exceptions and limitations.

The InfoSoc Directive harmonised copyright exceptions and limitations, on belief that – similarly to the case of exclusive rights [discussed also here] – differences among the laws of Member States had direct negative effects on the functioning of the internal market, and that such differences would have become more pronounced in view of the further development of cross-border exploitation of works.

While the rationale of Article 5 is to require a coherent application of the various exceptions and limitations, it leaves Member States the option (the sole exception being temporary acts of reproduction) to provide for certain (21) exceptions or limitations.

Eminent commentators have held the view that in most cases Article 5 ‘shopping list’ would be composed of categorically worded prototypes rather than precisely circumscribed exceptions, thus leaving the Member States broad margins of discretion at the stage of national implementation. This is indeed what has happened in practice, the Dutch case being a notable example.

To this Kat the current question, however, is whether this is what the InfoSoc Directive actually allows (or allowed) Member States to do, also considering that Recital 32 requires Member States to arrive at a coherent application of Article 5 exceptions and limitations.

In its decisions in Case C-510/10 TV2 Danmark [here] and, prior to this, Case C-467/08 Padawan [here], the CJEU seemed to suggest that, unless where the InfoSoc Directive leaves it to Member States to fine-tune the scope of resulting exceptions and limitations, it is not possible for them to alter the scope of the exceptions and limitations that they have decided to transpose into their national regimes.

This conclusion appears not only confirmed by the ACI Adam decision, but likely to be even stricter than what those decisions suggested.

At paras 33 and 34 of the decision, the CJEU stated that it follows from Recital 32 in the preamble to the InfoSoc Directive that Member States have the option of introducing the different exceptions provided for in Article 5 in accordance with their legal traditions. However, once they have made the choice of introducing a certain exception or limitation, this must be applied coherently across the EU. This is necessary to avoid undermining the objectives of this directive, including that of ensuring the proper functioning of the internal market. Incidentally, compliance with this objective has become central to the achievement of unexpected outcomes in a number of recent CJEU cases in the area of copyright [let's just think of the decisions in FAPL or UsedSoft]. 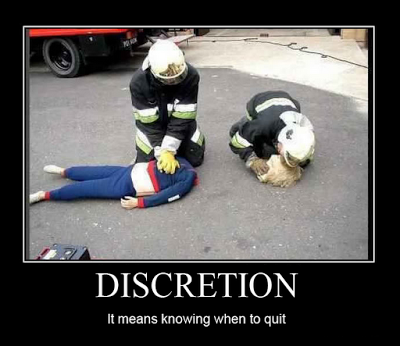 This would follow from Recital 44 in the preamble to the InfoSoc Directive.

According to the Court, this Recital suggests that when Member States provide for one of the exceptions and limitations referred to by the InfoSoc Directive, the scope of the resulting national exception or limitation could be limited even more when it comes to certain new uses of copyright works and other subject-matter. By contrast, neither this Recital nor any other provision in the Directive appears to envisage the possibility for Member States to extend the scope of the national exception or limitation beyond what is permitted by Article 5.

Is this the above good or bad news for fans of Article 5?

Of course, it depends on which side of the copyright debate (and related interests) you wish to place yourself, but if it is true that current Article 5 system - at least in the view of the CJEU - is and should be less flexible than what has been understood so far, and Member States' discretion could be solely exerted to narrow down the scope of resulting national exceptions or limitations, perhaps the time is apt to think whether this is what is best for a European Union, that - thorough its usually outspoken European Commissioners - has consistently expressed its desire to put in place and maintain a competitive and attractive copyright system.
What does the ACI Adam decision mean for InfoSoc system of exceptions and limitations?

Reviewed by Eleonora Rosati on Friday, April 18, 2014 Rating: 5
The IPKat licenses the use of its blog posts under a Creative Commons Attribution-Non Commercial Licence.