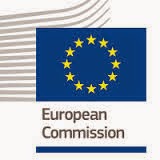 So what do these statistics tell us? First, it shows that rights holders are increasingly working with EU Customs authorities to prevent counterfeit goods utilizing their trade marks and other IP from entering the EU market as shown in the increase in the number of Applications for Action.

Reviewed by Unknown on Monday, August 04, 2014 Rating: 5
The IPKat licenses the use of its blog posts under a Creative Commons Attribution-Non Commercial Licence.