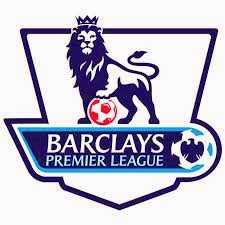 This morning BBC Newsbeat reported an interesting piece of news: the Football Association Premier League (FAPL), which runs the Premier League, ie the leading professional football league competition for football clubs in England, has said that it is going to "clamp down on fans posting unofficial videos of goals online".

Despite the draconian FIFA IP Manual [here], this is also what happened during the recently concluded World Cup, when people especially used Vine to upload topical moments (read: goals) of the various matches onto social media.

Broadcasting rights are notoriously fairly expensive: Sky Sports and BT Sport recently paid £3bn to show three seasons' worth of Premier League matches, so it is important for broadcasters to secure exclusivity.

FAPL Director of Communications, Dan Johnson, told Newsbeat that "You can understand that fans see something, they can capture it [also thanks to the possibility of pausing and rewinding live TV], they can share it, but ultimately it is against the law." This is why FAPL is developing "technologies like gif crawlers, Vine crawlers, working with Twitter to look to curtail this kind of activity", also because "Twitter respects the intellectual property rights of others and expects users of the Services to do the same."

Meanwhile The Sun, which together with The Times has secured the online rights to Premier League matches, is also considering possible actions to discourage people from posting goals online.

But is there a potential copyright infringement in the first place?

The topical case in this respect is the 2011 decision of the Court of Justice of the European Union (CJEU) in ... FAPL (also known as the decoder case), in which - among other things - it was held  that:
So the question becomes:
Is there copyright in an extract from a football match?

Following the CJEU judgment in FAPL, the answer seems to be potentially in the affirmative. In this Kat's opinion, furthermore copyright does not only vest in those extracts that include the copyright-protected works mentioned by the CJEU, including the Premier League and Barclays logos, as Arnold J clarified in FAPL v BSkyB and Others (see paras 8 ff; this action originated as an application for a blocking injunction as per section 97A of the Copyright, Designs and Patents Act 1988 (CDPA)).

There is also copyright in those broadcast extracts which are assembled in a particular way that would allow one to view - and re-view - a certain action from a number of different angles, as may be the case of goals. Those extracts may possess the sufficient degree of originality for the sake of copyright protection, no matter whether they include the Premier League anthem, pre-recorded films, etc: they are their author's own intellectual creation. Hence, unauthorised reproduction and subsequent communication to the public might be an infringement.

Would the news reporting exception apply?

As explained by Cornish, Llewelyn and Aplin, to fall within section 30 CDPA exception, it is required that (1) the event itself is current (so no extracts from football matches that took place years ago); and (2) the dealing is fair. The latter requirement needs to be read in conjunction with a number of cognate provisions, including section 31 CDPA (Incidental inclusion of copyright material). So for instance, in the 2008 FAPL v QC Leisure litigation it was held that inclusion of the Premier League anthem was not essential for the purpose of showing the player line-up.

Would, say, the tweeting of film extracts from football matches' topical moments qualify as news reporting? On the one hand it is true that goals are the most valuable parts - also broadcasting rights-wise - of a match. On the other hand they also represent the real piece of news coming out of a match and, therefore, the moments that are most eligible for this exception to apply. So, by way of exemplification, while showing the moment of, say, an offside offence might not be as valuable as that of a player scoring a goal, it seems unlikely that the offside offence moment would be considered more newsworthy than a goal and its dealing fairer.


Overall, despite being arguable that copyright subsists in goal videos, it would seem equally arguable that those uploading them onto social media might be able to invoke the news reporting exception successfully, of course provided that their dealing is fair, ie limited to reporting the newsworthy moment, which is the scoring of the goal, and not other moments.

This conclusion is also supported by the consideration that social networking sites like Twitter have become the ultimate newswires, even supplanting AP, Dow Jones and Bloomberg for breaking news, and also freedom of expression concerns have become particularly pressing. In this respect, reliance on provisions like Article 10 of the European Convention of Human Rights might be fairly effective [see the recent take of Birss J here] to avoid a narrow construction of section 30 defence which - as even the Court of Appeal of England and Wales in Ashdown acknowledged - "reflect[s] freedom of expression in that, in the specific circumstances set out and provided that there is ‘fair dealing’, freedom of expression displaces the protection that would otherwise be afforded to copyright."

What do readers think?
Uploading goal videos online? A copyright infringement, says FAPL. Is it?

Reviewed by Eleonora Rosati on Friday, August 15, 2014 Rating: 5
The IPKat licenses the use of its blog posts under a Creative Commons Attribution-Non Commercial Licence.