The Twitter Ten Thousand.  Earlier today the IPKat's Twitter account @ipkat attracted its 10,000th follower.  Although 10,000 is an arbitrary number and carries no greater significance on the IP social media than, say, 9,999 or 10,001, this little milestone is something that makes all the Kat team purr with happiness -- and indeed with gratitude. since without our readers, contributors, critics and followers we would be nowhere. The IPKat, Merpel and blog team are committed to providing a lean and mean Twitter service, letting followers know when new blogposts appear, making pertinent IP comments sparingly and being highly selective in the third party tweets we retweet.  Whether you are a regular on Twitter who does not yet follow us, or are preparing to sign up to that service for the first time, you are welcome to give us a try, here. 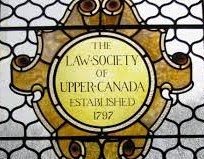 Around the weblogs.  From Canadian copyright expert Barry Sookman's blog comes two items of interest: the first is his 2014 year in review post for the Law Society of Upper Canada; the second is a set of slides that summarise nearly 60 cases that feature in his review.  There are two fresh posts on the jiplp weblog that list intellectual property books which are available for review. Remember: review the book and you get to keep it.  The books on offer are listed here and here. Class 99 carries a handy post by Krystian Maciaszek on a recent OHIM Board of Appeal ruling on registered Community designs and how to establish on the evidence that such a design would infringe an earlier copyright work. Over on the 1709 Blog, Ben Challis waxes lyrical on the theme of "where there's a hit, there's a writ".

News from elsewhere.  First to send the IPKat this link to "Royce Rizzy Hit With Trademark Infringement Lawsuit from Rolls-Royce" was the ever-vigilant Chris Torrero (katpat!), but we thank other readers for doing likewise. This Kat has also received a plethora of links to the BBC piece "Sam Smith: Tom Petty given writing credit for Stay With Me" -- a curious tale if ever there was one. According to the Beeb, "Tom Petty has been given a song writing credit on Sam Smith's hit Stay With Me, because of the similarities to his 1989 track I Won't Back Down".  This is the result of an amicably-agreed out-of-court settlement and it's not known whether any money is changing hands [apart, presumably, from Smith and Petty to their respective legal teams, thinks Merpel].

Call for papers.  The University of Southampton's Law School is holding a conference, "Enrolling internet intermediaries in the law enforcement process - Challenges and opportunities" on 17 and 18 September. You can check it out here.  This iCLIC event, the first of its kind, seeks to being together researchers, legal practitioners, industry actors, digital rights advocates and NGOs to debate key issues for the development of the internet.  If you'd like to respond to the call for papers, you'll find the relevant details here. But note the deadlines, the first of which is 26 March for the submission of abstracts.

IPSoc again.  The IPKat’s ears pricked up when he heard about the forthcoming events that IPSoc has in store this year. For those not in the know, IPSoc is the society for junior lawyers that brings together solicitors, barristers, patent & trade mark attorneys and legal executives for a spot of learning and socialising in a congenial, relaxed environment. IPSoc, which has an impressive pedigree and is now in its fifth year, draws impressive speakers to their creative “educationals” which mop up those pesky CPD points and as well as fun social events throughout the year. This Kat wonders whether, with annual membership dues at only £40 [that's roughly what it costs to watch Cats at the London Palladium], any self-respecting Kat-in-the-making can afford not to be a part of this exciting venture.

Kicking off the events this year is a social, giving the opportunity to mix with fellow members on 12 February -- to which it is not too late to sign up. Hot on its tail is a great educational which is a must for every fashionable Kat: an update on "Victoria’s Secret, Rihanna and the Future of the Law of Trade Marks and Passing Off" by Charlotte May QC on 4 March. This event is only open to fully paid-up members so, if you aren’t a member, now is the time to join. For more information on IPSoc and on how to become a member please visit its website or email membership@ipsoc.org.

EPO Blues? No, not at all.  Yesterday's Katpost by Merpel,"Life as a patent examiner according to the EPO: paid-for article in the New Scientist", recorded, without criticism or comment, the fact that the European Patent Office had paid a highly respected journal to carry an interview with an EPO examiner.  This blogpost encouraged many of our contributors to fire off their salvos against or in defence of the beleaguered body -- but also inspired the following parody of that great ABBA hit and earworm par excellence Money Money Money.

I sleep all night, I work all day, to pay the bills I have to pay
Ain't too bad
And when they’re paid there’s still a sizeable amount that’s left for me
Makes me glad! In my dreams I have a plan
To become a wealthy man
I check on patents filed by all, I fool around and have a ball...

The perks we have are hard to find, to them I’m totally resigned
Ain't no fad!
We’re paying no one's income tax, the atmosphere’s pretty relaxed
Great launch-pad
For a future in IP
As a well-paid patent attorney
And make a fortune in that game, my life will never be the same...

But in this ointment there’s a fly, that’s known to all and sundry by
Benny Batt!
He’s trying to end Elysium by introducing his kingdom
Autocrat!
Thinks he’s got je ne sais quoi
But in truth it is L’état, c’est moi
Suspending members of the Board, that has the whole of Europe floored

Reviewed by Jeremy on Wednesday, January 28, 2015 Rating: 5
The IPKat licenses the use of its blog posts under a Creative Commons Attribution-Non Commercial Licence.