A Kat may look at an Administrative Council: an open letter to the AC 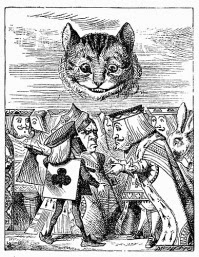 Regular readers of this weblog will by now be well aware that a number of issues concerning the European Patent Office and its governance have featured in many of its recent posts. The members of the blog team look forward to a time when this will no longer be the case, a time when the only sound that emanates from the Office is the quiet purr of an efficient and well-maintained engine that examines, grants, rejects or fine-tunes applications for patents in a manner that engenders confidence among its users, job satisfaction of its functionaries and trust for those who invest in bringing new inventions to the marketplace.  Meanwhile, things are not what they might be.  This being so, Merpel takes this opportunity to write an open letter to the Administrative Council (AC), which has responsibility for supervising the operations of the Office, in an attempt to articulate with the utmost clarity -- and without pointing any fingers of blame in any particular direction -- in the hope that it will help the AC's members to focus with greater facility on the matters that appear to her to be most in need of their attention.  This is what Merpel writes:

The European Patent Convention (EPC) is drafted with only a two-way separation of powers within the European Patent Organisation between the Administrative Council as the legislature and overseeing body on the one hand, and the EPO headed by the President as the executive agency on the other.  The Boards of Appeal, which must be judicially independent if their decisions are to be recognised by national courts as being compliant with legal norms and fundamental human rights, currently sit in an uneasy constitutional position as being part of the Office, but with their independence legally guaranteed by Article 23 EPC.  The proposal to make the Boards fully autonomous as a third organ of the Organisation has apparently been consigned to the dustbin of good intentions.

On the other hand, there is growing a fear that the Administrative Council is not effectively independent, despite its constitutional autonomy.  Observers are concerned that you have grown to rubber-stamp the proposals put to you by the President.  In doing so, you may be beginning to fail in the vital constitutional task which has been entrusted to you.

No doubt the drafters of the EPC never doubted that a Council made up of, effectively, the competitors of the EPO would rigorously examine and oversee its management.  Perhaps they did not foresee the current situation in which many national patent offices would become so reliant on revenue deriving directly or indirectly from the EPO.

You have more information at your disposal than that which is available to you from a fictional feline, but Merpel begs to suggest that you consider all of the following propositions, for which, from the information that she has seen, there are strong arguments.

At a time of changes to the governance of the EPO and the career structure of its employees, there needs to be full dialogue with staff representatives, but this seems to have broken down entirely.  Proper consultation needs to re-established as a top priority.  EPO employees are in a particularly delicate position because of their lack of access to domestic welfare services, and this needs to be respected.

Doubtless many of you have been familiar with reform of the administration of the patent offices of your home countries which in many cases have also been difficult and painful, and perhaps therefore do not see cause for concern in the current serious degree of industrial unrest in the European Patent Office.  But because of the special and unique position of the EPO, many observers, users, and other stakeholders hope that you will view the present situation with the utmost gravity.

The staff in the EPO look to you for fair conditions of employment. They do not enjoy the same basic protections as national civil servants in your countries, which is why the Court of Appeal in the Hague ordered the EPO to implement some basic changes that would allow the staff union to operate effectively. The EPO has refused to accept that judgment on the dubious ground that it would need to have regard to every labour law in each of the 38 member states. The EPO has employees in just four countries, all of which are EU member states, and it is not beyond the wit of an organisation of the EPO's size to operate in compliance with the laws common to those four countries. This would go a long way to restoring the EPO's reputation as regards treatment of staff.

Even in those areas where the staff were always intended to have a strong voice, such as on committees like the GCC, their representative numbers have been depleted and the duly elected replacements have not been recognised by management.  It is not apparent why this should be so, and it leaves the staff in what looks like an engineered minority when discussing matters that affect them. There are elected alternates, but it appears that they are neither notified of such meetings nor admitted if they try to take an empty seat in place of an absent/resigned member. The healthcare reforms were voted through at a meeting where the staff were at such a disadvantage.

Concerning the ongoing disciplinary matter relating to a member of the Boards of Appeal, it is hoped that there will be an outcome which is seen by all to be fair and just.

It is the function of the Administrative Council to hold the President and senior management of the EPO to account, and Europe is watching to see signs that you are doing this.  Members of the EU are also watching with concern since the EPO is crucial to the future success of the Unitary Patent.

Please let us see some sign that you are doing the right thing.

REMINDER TO READERS: in respect of all EPO-related blogposts, no comment will be posted if it is merely ascribed to "Anonymous". Any reader wishing to conceal his or her identity must adopt a pseudonym (which should not be obscene and should not be the name, or the mis-spelling of the name, of a real person). The pseudonym need not be an actual login name, as long as it is stated clearly at the beginning and/or end of the comment itself. This way, it will be easier for people who post later comments to identify and remember the earlier comment-poster and to recall the discussion string. Where, as has already happened on occasion, a string carries over from one blogpost to a later one on the same or a related subject, readers will be encouraged to use the same pseudonym for the sake of continuity.

A couple of readers have forgotten this rule. Where the comments have appeared to be legitimate and useful to the debate the blog team have assigned pseudonyms for their posts rather than lose their comments completely -- but it's better to choose your own pseudonym, since the blog team risk ascribing two or more pseudonyms to the same reader.

A Kat may look at an Administrative Council: an open letter to the AC

Reviewed by Merpel on Monday, March 23, 2015 Rating: 5
The IPKat licenses the use of its blog posts under a Creative Commons Attribution-Non Commercial Licence.