The scope of a well-known mark: not always as broad as some might wish

The extent of coverage of a well-known mark remains a challenging question. Kat friend Latha Nair, of K&S Partners in India, has brought to our attention a recent judgment in India that suggests that the scope may not always be as broad as some might wish.

On March 6, 2017, the Indian Government notified a new set of Trade Mark Rules. A key highlight thereof is that well-known trade mark owners can 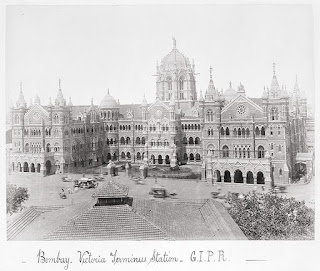 now file an application to include their mark on an elite list of such marks maintained by the Trade Marks Office. That, as they say, is the good news. Ironically, however, a week earlier, on March 1, 2017, a Full Bench (three-judge Bench) of the Bombay High Court issued an order in Cipla Limited v. Cipla Industries Pvt Ltd, that would significantly limit the ability of registered proprietors of marks having a reputation in India to successfully act against infringement thereof in certain situations.

The plaintiff, Cipla Limited (CL) is a well-known Indian pharma company, while the defendant, Cipla Industries Pvt Ltd (CIPL), runs a business in varied household goods. The Full Bench was acting on a reference by a Single Judge of the Bombay High Court, who did not agree with the ratio of a binding precedent of its Division Bench (two-judge Bench) in Raymond Limited v. Raymond Pharmaceuticals Pvt Ltd. There, it was held, inter alia, that a defendant dealing in dissimilar goods could legitimately use a plaintiff's registered mark as its corporate name without running a risk of infringement.

Under Section 2(1)(m) of the Indian Trade Marks Act, 1999 (TM Act), the definition of a mark includes a ‘name’, such as a trade name or corporate name. Raymond’s ratio revolved around the interpretation of Sections 29(4) and 29(5) of the TM Act as below:

Section 29(5) deals with infringement of a trade mark when used as a trade name by a business dealing in identical goods/services for which such mark is registered.

While section 29(4) deals with dilution of reputed marks, Indian courts have, on several occasions, held that a mark having ‘a reputation’ under section 29(4) includes a ‘well known trade mark’. For instance, a Single Judge of the Delhi High Court in Bloomberg Finance LP v. Praful Saklecha & Ors had held that, to prove infringement under Section 29(4), it may not be necessary for a registered proprietor to show that it is well-known, although, if in fact the mark is well-known, it would be easier to satisfy the requirement of ‘reputation’. Media giant, Bloomberg Finance LP, had approached the Court under 29(4) when its well-known mark BLOOMBERG was used as a corporate name by a number of companies engaged in diverse businesses.

Holding that 29(5) was not exhaustive of all situations of use of a registered mark as part of a corporate name, the court found that the registered proprietor was not precluded from seeking remedy under 29(4), if the conditions therein are fulfilled. The court also noted that the Raymond’s ratio could not be said to be conclusive, since the court therein was not called upon to examine whether the registered mark enjoyed a reputation. 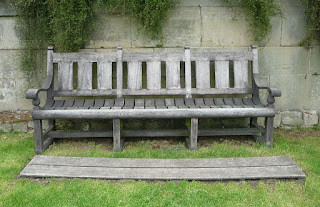 The Full Bench agreed with CIPL’s contentions and held that the difference in phraseology and language used in the two sub-sections made it clear that sub-section (4) applies to a “trade mark versus mark” situation, whereas sub-section (5) applies to a “trade mark versus trade/business/corporate name” situation. However, the judgement is silent on CL’s argument on section 2(m), that a mark includes a name, nor has it distinguished the ratio of the Bloomberg case above.

The above limited interpretation of Section 29(4) by the Full Bench is a set-back for the protection of well-known marks in India. While the law declared by the Supreme Court is binding on all courts in India, the decision of one Indian High Court is not a binding precedent upon another, though it can have persuasive value. Hence, the Bombay High Court may now be out of bounds for brand owners of well-known marks, and trade marks with a reputation, who wish to avail the remedy of infringement when their mark is used as a trade/ corporate name to do business in dissimilar goods/ services.
The scope of a well-known mark: not always as broad as some might wish

Reviewed by Neil Wilkof on Tuesday, March 14, 2017 Rating: 5
The IPKat licenses the use of its blog posts under a Creative Commons Attribution-Non Commercial Licence.