Few intellectual assets give rise to as much passion as Traditional Knowledge. India has become a center for this conversation. Kat friend R.S Praveen Raj, a scientist and a former patent examiner in India, shares his views on the protection of Traditional Knowledge and against what he sees as misuse of IPR legislation.

Protection of Traditional Knowledge (TK) is a complex legal issue, owing to its dynamic nature, lack of definition and the difficulty in establishing ownership and the 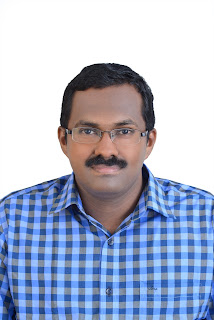 geographical origin of TK, as well as the absence of an appropriate scheme for its protection. Indigenous communities and traditional knowledge practitioners all over the world are greatly concerned about the increased biopiracy and usurpation by commercial entities. It is in this context that the Council of Scientific and Industrial Research (CSIR) in India formulated the Traditional Knowledge Digital Library (TKDL), which is an endeavor to preempt the grant of patents on India’s TK. TKDL contains approximately 2,08,000 formulations based on the traditional healing systems, such as Ayurveda, Unani, Siddha and Yoga.

TK Digital Libraries are the best defensive mechanism to prevent the patenting of TK already written down in ancient texts and manuscripts, although it still leaves scope for private appropriation of TK by making cosmetic improvements on it. India has signed access agreements with the European Patent Office and US Patents and Trademark Office, on the condition that secrecy be maintained and the database may be used as prior art for search and examination only. 'Prior art' is meant to encompass everything that has been published, presented or otherwise disclosed to the public as of the date of the patent and it includes documents in foreign languages disclosed in any format in any country. However, it is common sense that secrecy cannot be maintained on something that is classified as ‘prior art’.

When a patent office denies a patent to someone citing that the claimed invention is TK, it is obliged to disclose the entire gamut of TK associated with the invention as a prior art citation to the applicant, since the burden lies on the patent examiner to prove that the claimed invention is already in the prior art. This leaves open a channel for a fishing expedition by commercial outfits seeking to obtain complete details of a TK practice or product available in TKDL, by filing patent applications in the guise of inventing same and craftily drafting claims using the information available to them. Therefore, the closed access policy of TKDL actually enhances bio-piracy, as it is impossible for patent offices to maintain the secrecy of TK.

Of late, there are also attempts to create digital libraries of community-held TK that are not yet written down anywhere. Any attempt to codify community-held TK in the form of Traditional Knowledge Digital Libraries, using “Prior Informed Consent” and “Access and Benefit Sharing” concepts, would be a gross injustice for those communities, if the knowledge was shared with patent offices, as it would affect the livelihoods of Traditional Knowledge practitioners. This blogger reckons that TK Digital Libraries are to be created only on TK already known to a larger cross-section of people and the same should be made accessible to researchers. For example, Curcumin Resource Database (CRDB), an open source TK database from India, is a good example of a strategy to prevent patenting of TK. CRDB has documented all the traditional knowledge about curcumin already in public domain and the database is made accessible to researchers.

In the case of community-held TK, a Traditional Knowledge Docketing System (TKDS) should be made instead of TKDL. TKDS should indicate the location in which the knowledge is available, the community that possesses the traditional knowledge, a short description of the nature of TK and the community protocol, if any. Indigenous communities should be educated and empowered to protect their TK through existing legal mechanisms or to take patents on the innovations made by them on the TK (if they so choose), as well as to negotiate with potential customers by forming societies or trusts of their own. There is no bar for patenting inventions, though it may be based on TK. The Patent Acts only prevent patenting of traditional knowledge or which is an aggregation or duplication of known properties of traditionally known component or components. But there is no bar on patenting inventions based on Traditional Knowledge

TK should not be allowed to be patented, since it is existing knowledge and not inventions. We should also be careful in creating registrable rights on the Traditional Knowledge (TK), including Traditional Medicine Practices, and classifying TK under Intellectual Property Rights, which are private exclusive rights operating like a monopoly in practice. Patents create private spaces in the knowledge arena (though for a limited, fixed duration), and therefore no private appropriation should be allowed in the realm of TK. 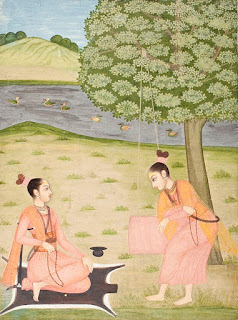 Protection for community-held TK is called for. But trade secret protection for TK is not appropriate, since knowledge/practices would remain in the custody of a selected few. It is like allowing monopoly over knowledge and a democratic nation shall not allow it. At the same time, Traditional Knowledge protection shall be holistic and ‘in situ’, hence allowing its sustainable development. Therefore, we may commit all traditional knowledge, including traditional medicines, to the realm of a “knowledge commons” and not to the public domain. Knowledge commons refers to the knowledge that is the collectively produced sphere of ideas, left unencumbered for the greater benefit of all. Since TK is not definitive in terms of its geographical origin and custodians, ownership should be held by the State only, given the fact that TK is accumulated traditional wealth and the long-kept preserve of its practitioners, tribal communities and families, wherein all of them have acted as deemed “trustees” of the State.

There shall be ‘deemed rights’ for the Traditional Knowledge holders and they should be made aware of their rights. It shall be a kind of “deemed license”, which immediately applies to the user of TK, the moment that the user decides to employ it for any purpose. The provisions for governing the deemed license/community protocols will need to be laid down in the legislation. But these licensees are not empowered to sub-license this right for commercial use to any third party, and the right for transferring licenses will be enjoyed solely by the State. In principle, the purpose of the proposed legislation is to assign some (not all) of the rights owned by the State to those deemed trustees, in lieu of their willingness to put the TK into the realm of a “knowledge commons”. The ultimate aim of the legislation is not to protect the financial interests of the TK holders, but to benefit society at large, just as with patents.

While envisaging ‘deemed rights’ in traditional knowledge, all the rights holders shall be deemed to be holding their rights under a Commons License, wherein the rights holders shall permit others the use of the knowledge in their possession for non-commercial purposes. Specific provisions for such Traditional Knowledge Commons License will need to be worked out to ensure free, non-commercial reproduction and codification of the Traditional Knowledge.

Reviewed by Neil Wilkof on Tuesday, March 21, 2017 Rating: 5
The IPKat licenses the use of its blog posts under a Creative Commons Attribution-Non Commercial Licence.