Kat friend Fredy Sánchez Merino reports on an interesting case from Colombia regarding communication to the public when public transportation is involved.

Can the use of audiovisual works in public transportation be considered an act of communication to the public, such that a collecting society 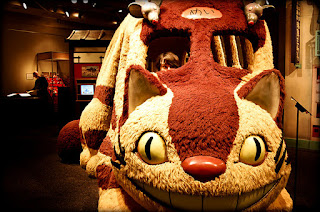 may demand the payment of royalties? This (and related legal questions) were addressed by the Andean Court of Justice in Process 119-IP-2018.

On June 26, 2019, the Andean Justice Court issued a decision (here), holding that public transport companies, which air music from radio stations to passengers on public transportation, are engaged in an act of communication to the public, entitling the right holders, or those who represent their interests, to collect royalties.

This matter goes back to March, 28, 2018, when the Andean Justice Court received a request from Colombian Municipal Court No.42 for an interpretation of articles 15 and 21 from the Decision 351/1993 (the Decision). The request resulted from a complaint previously filed by the Say-co-Acinpro Organization (Colombia’s most important collecting society) against Flota Ayacucho SA (a transportation company), claiming royalties owed with respect to the broadcast of a radio-sourced music to bus passengers.

The defendant, in its response, relied on the exception established in Art.22 (j) from the Decision 351/1993 to allege that such use had an academic purpose. Accordingly, the Colombian Court consulted the Andean Court regarding whether making use of the music of radio stations within the buses is an act of a public communication as well as whether the exception for academic non-profit use of the work is applicable.

First, the Court stated that any act involving the use of audiovisual works to which the passengers of public transportation may have access is a form of public communication.

The Court established the criteria for determining whether there has been an infringement of copyright for works registered with a collecting society:

- The previous existence of copyright in the audiovisual work;

- The registration of such works by the rightholders with the collecting society; and

- The unauthorized public communication of the work by a third party.

The same reasoning applies whenever the driver, or any other employee of the transportation company, uses the work for his own entertainment if, by doing so, it makes the work available to the passengers. Therefore, in both cases, the rights holder is entitled to claim royalties, by itself or through a collecting society.

As for the relevance of any exception, the Court stated that such limitation only applies when the parties involved and the collective of people to which the work is performed or communicated are connected with an educational institution. In such a case, use of the work must be made within the institution or in connection with taking part in the institution’s activities. Moreover, the communication shall not have any profit motive (direct or indirect).

Accordingly, the Court has ruled that the exceptions and limitations established in the Article 21 of the Decision 351/1993 are not applicable when the works are used in public transportation, since such use hinders the normal exploitation of the works. 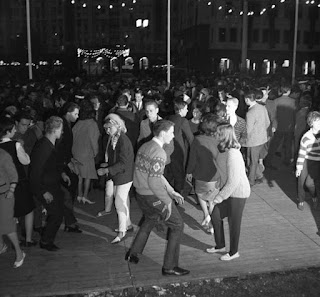 In the view of this author, it was a bit far-fetched to view the use of an audiovisual work in a bus as the basis for imposing royalties on the transportation companies. Moreover, the “Berne three steps test” under Articles 9.2 of the Berne Convention and 21 of the Decision 351/1993 does not seem to have been taken into account.

The test is used as a means to avoid the excessive application of copyright limitations and exceptions, providing that the contracting parties may allow the reproduction of the works in certain (i) special cases, (ii) provided that such reproduction does not conflict with a normal exploitation of the work; and (iii) does not unreasonably prejudice the legitimate interests of the author.

More on Chubby Checker and the Twist, here.

Picture on left by Ryan Hyde and is licensed under the Creative Commons Attribution Share-Alike 2.0 Generic license.

Reviewed by Neil Wilkof on Friday, October 25, 2019 Rating: 5
The IPKat licenses the use of its blog posts under a Creative Commons Attribution-Non Commercial Licence.